Iron Chef Alex Guarnaschelli on cooking with her 11-yr-old

FORT LAUDERDALE, Fla. — Alex Guarnaschelli might be a revered judge on TV’s Chopped, one of the few female iron chefs and the author of two best-selling cookbooks, but in her 11-year-old daughter’s eyes Chef Gordon Ramsay is still the ultimate authority on food. 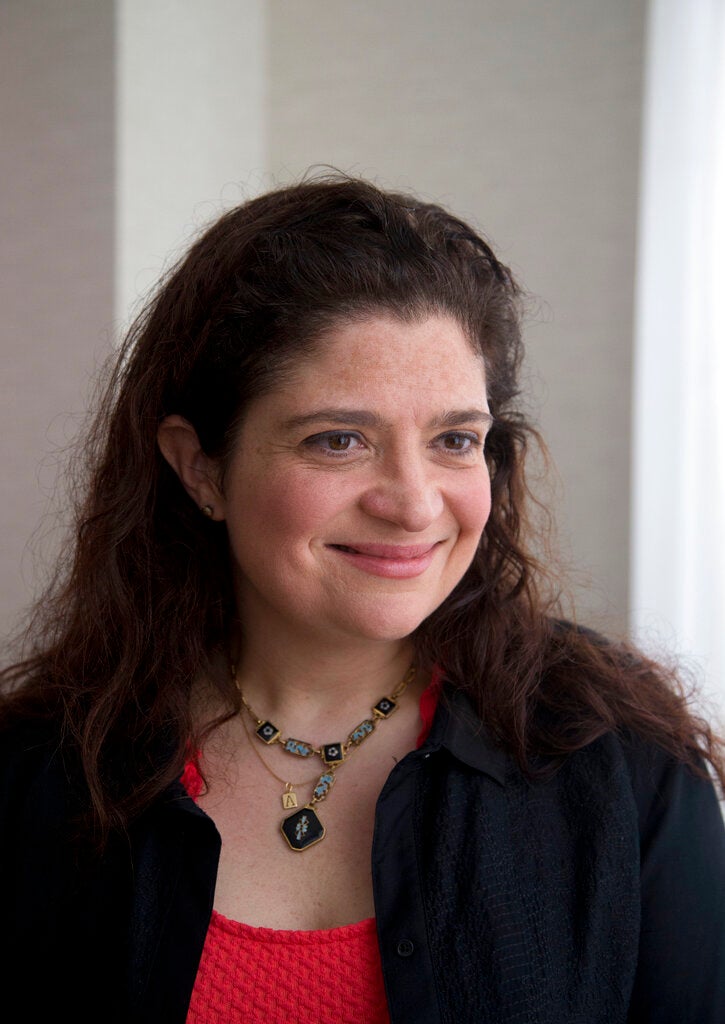 Guarnaschelli was in Miami in February hosting a clambake and other events at the South Beach Wine and Food Festival and dished with The Associated Press on cooking with her daughter Ava and what it was like growing up with a famous cookbook editor as a mom. Maria Guarnaschelli edited the seminal “Joy of Cooking.”

“The food we are exposed to during childhood can have a profound effect on our cooking (and eating) choices when we become adults,” she says. “My mother would whip up a soufflé from scratch on a weeknight and my father would stir fry some Cantonese food the next.”

She was given minor roles like peeling potatoes, cutting carrots and kneading the bread. One of the first recipes she ever made was chocolate pavement cookies.

“I think I cooked my first chicken thighs when I was 13 and they were raw,” she said.

On Instagram, she shares snippets of her cooking adventures with her daughter, showing pics of her slicing salmon, making kumquat marmalade (they love to make homemade jams, mustard and hot sauce together) and even revealing a small burn on Ava’s arm from a kitchen mishap. Some days, Ava says she wants to be a chef and even gave her mother a handwritten plan of action starting as a sous chef and working her way to executive chef and owner.

“Some days I cook and she doesn’t get involved at all,” said Guarnaschelli, who spent four years in Paris cooking at the Michelin three-star restaurant Guy Savoy. “Some days she wants to make a whole meal from scratch.”

Ava started poking around the kitchen around the age of 7 and loves watching the Food Network, especially Bobby Flay and Ina Garten.

“She’s big on snacks so I’ll go in the kitchen and she’ll make charred peppers with avocado,” said the proud mom, who says her daughter has a natural instinct with ingredients. “She’ll take the cooked quinoa in the fridge and get some fresh gooseberries and she’ll make a vinaigrette with lemon and olive oil.”

Her mom says Ava makes Beef Wellington every Christmas, a mean eggplant parmesan and throws around words like escarole and umami in her everyday vocabulary.

When her mother asked what she could pick her up for breakfast once, her daughter requested dragon fruit. But like any kid, sometimes she just wants pizza and a hamburger.

And Guarnaschelli is quick to stress, “I’m not forcing her.” She encourages parents who want their children to join them in the kitchen to let it happen organically.

“The more I leave her alone … the better chance I have of her coming to me if I give her space to find the questions to ask.”

Hanging out at her mother’s New York restaurant Butter after school, she sometimes helps the chef pick parsley, cut up fruit or peel an onion.

As a top chef in an industry that’s notoriously harsh on women, Guarnaschelli says she’s not trying to show Ava what women can achieve.

“I try to leave gender out of it,” Guarnaschelli said. “I want to keep her from developing the idea that any gender does any one bit.” NVG