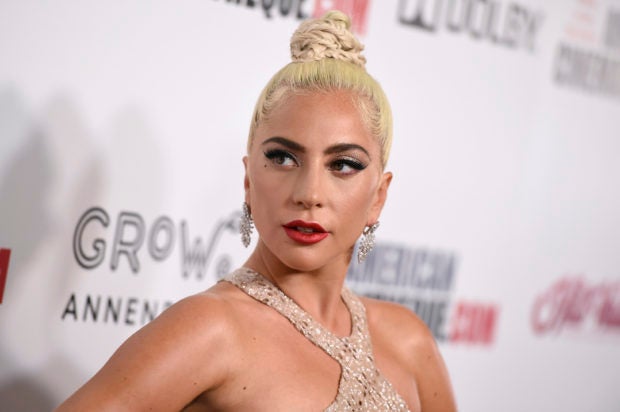 Lady Gaga and Bradley Cooper may have played as lovers in “A Star Is Born,” but do not expect that romance to bloom in real life.

The pop star and recent Academy Award winner shot down rumors of a budding romance between her and her co-star. This she said in a “Jimmy Kimmel Live” interview Wednesday night.

Gaga and Kimmel first talked about her and Cooper’s performance of “Shallow” during the awards night, which led netizens on social media to speculate that there was some chemistry between the two.

“First of all, like social media, quite frankly, is the toilet of the internet and what it’s done to pop culture is abysmal,” Gaga said. “And guess what? People saw love, and that’s what we wanted you to see!”

The singer explained to Kimmel that it was Cooper’s idea as to how their performance should go—from the way they were shot on camera down to the lighting.

“In a performance perspective, it was so important for the both of us that we were connected the entire time,” Gaga explained her and Cooper’s chemistry on stage while they were singing.

Gaga even mentioned that as an act while performing, she had her arms “wrapped around” Tony Bennett for three years while they were touring. Kimmel then interjected: “So are you having an affair with Tony Bennett? Be honest,” to which she said emphatically, “No!”

“I’m an artist and we did a good job,” Gaga said in her final words about the Oscars performance. “Fooled ‘ya!”

While Cooper became the subject of romance rumors with Gaga, he is actually dating Russian supermodel Irina Shayk, with whom he has a daughter. Meanwhile, Gaga recently broke off her engagement with talent manager Christian Carino.

Gaga’s interview with Kimmel may be viewed below.  /ra

Lady Gaga is a double nominee at 91st Academy Awards