Lady Gaga is a double nominee at Oscars | Inquirer Entertainment

Lady Gaga is a double nominee at 91st Academy Awards 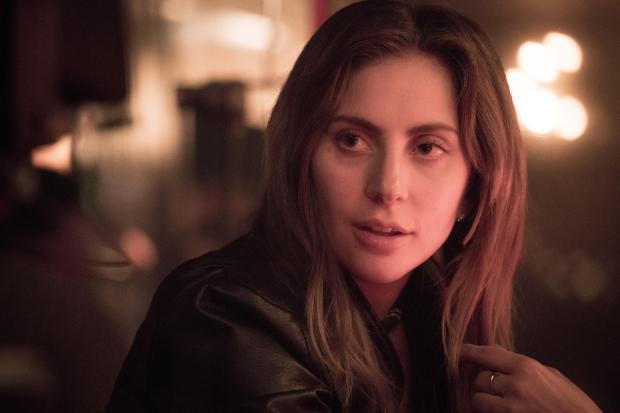 This image released by Warner Bros. shows Lady Gaga in a scene from the latest reboot of the film, “A Star is Born.” On Tuesday, Jan. 22, 2019, Lady Gaga was nominated for an Oscar for best actress for her role in the film. The 91st Academy Awards will be held on Feb. 24. (Photo by CLAY ENOS / Warner Bros. via AP)

NEW YORK — Lady Gaga is a double nominee at the 91st Academy Awards, where rapper Kendrick Lamar is nominated for the first time while songwriter Diane Warren is also vying for her first win with her 10th nomination.

Gaga scored best actress and best original song nominations Tuesday for her work in “A Star Is Born” — repeating the success Mary J. Blige achieved last year when she became the first person to compete for both acting and songwriting awards in the same year.

Gaga’s “Shallow” was co-written with Anthony Rossomando, Andrew Wyatt and Mark Ronson, the producer behind hits for Amy Winehouse, Bruno Mars and more.

“I mean it’s so incredible,” Ronson said quietly Tuesday as he was boarding a flight. “It’s insane and it’s so wonderful.”

Lamar’s nomination for “All the Stars” from “Black Panther” puts him in a group of elite rappers to be nominated for an Oscar; Eminem, Common and Three 6 Mafia are all winners of best original song. The prestigious nomination comes a year after his “Damn” album won the Pulitzer Prize for music, making him the first non-classical or jazz artist to win the prize.

The nomination is also a major milestone for R&B singer SZA, who was the most nominated woman at last year’s Grammys but walked away empty-handed. The Top 10 hit “All the Stars,” which also earned co-writers Mark Spears and Anthony Tiffith nominations, is up for four Grammys at the Feb. 10 show and could finally win the singer an award.

Other original song nominees include “The Place Where Lost Things Go” from “Mary Poppins,” written by Marc Shaiman and Scott Wittman; “When a Cowboy Trades His Spurs for Wings” from “The Ballad of Buster Scruggs,” written by David Rawlings and Gillian Welch; and “I’ll Fight” from the Ruth Bader Ginsburg documentary “RBG,” written by Warren.

Warren joked about being up for her tenth Oscar without ever winning.

“I’m not jaded at all,” she continued. “I need some coffee though because I’m sleep deprived. I was anxious so I was up and my friends came over and we basically had an all-night party waiting for the nominations.”

“I’ll Fight” from “RBG” — which also earned a nomination for best documentary feature — is performed by Oscar-winner Jennifer Hudson.

“I wanted to write a powerful song that captures what … Ruth Bader Ginsburg does and what she’s always done, which is fight. And she’s still fighting and I’m sending good wishes out to her right now for a speedy recovery,” Warren said of the U.S. Supreme Court justice, who recently underwent surgery to remove cancer nodules from a lung.

“Shallow” is the frontrunner and has won a number of original song honors so far, from the Golden Globes to Critics Choice Awards.

The song has become a radio hit, peaking at No. 5 on Billboard’s Hot 100 chart and scoring four Grammy nominations. The soundtrack, featuring songs co-written by Bradley Cooper as well as Gaga, is platinum and debuted at No. 1 on the charts.

“(Gaga) painstakingly paid that much attention to making sure the songs were good and so did Bradley,” Ronson said. “Bradley is such a giant music fan. I’ve seen him walking around Glastonbury Festival in England at 4 in the morning on a Sunday, like catching the last band. I think it was so important for him to get the music right on this.”

Ronson and Gaga collaborated on her 2016 album “Joanne,” a rock-pop-country adventure that was a departure from the dance-flavored electronic sound that made her a multiplatinum juggernaut. Ronson said their closeness helped make “Shallow” great.

“We had this personally rapport and we got close (and) that is probably why we were able to go somewhere a little bit — pardon the pun — deeper on ’Shallow.’ I think if we just had met that day and it was like a songwriting session like, ’OK we got to write a song for this movie today’ — it would probably be a bit of a different deal,” he said. “But we’d gone through a pretty personal place, a really personal place on ’Joanne,’ maybe her most personal record, so I feel like there was this ease when we started and did ’Shallow.’”