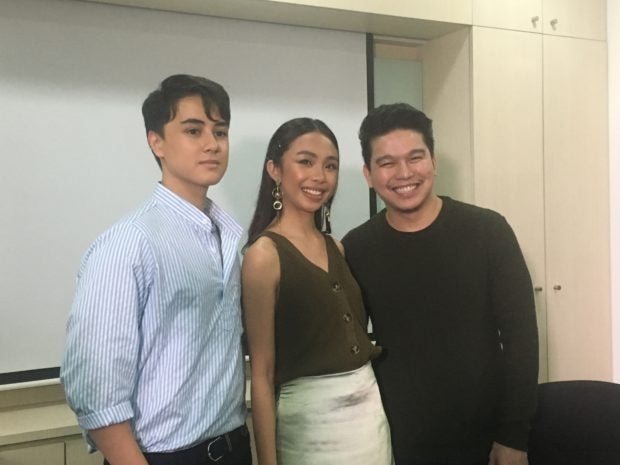 Entrata released a mellow track titled “Kakayanin Kaya,” while Barber released a heart-warming serenade titled “No One Else.”

Both singles were released last February 22.

Thankfully, music producer Rox Santos was hands-on in cheering her on.

Meanwhile, Barber said it is still unbelievable that he was able to record this single, even admitting that it is not his “comfort zone.”

“I never thought I would do this. This is not my comfort zone. It’s one of the things na akala ko kahit kailan ‘di ko gagawin. I’m surprised and really happy with the experience,” Barber said.

The producer, Santos, was all praises for the young stars’ passion in working on their respective singles.

This is not the first time for the two to record their own singles.

Entrata previously came out with songs “Bituin,” “Mahal Kita Kasi,” among others.