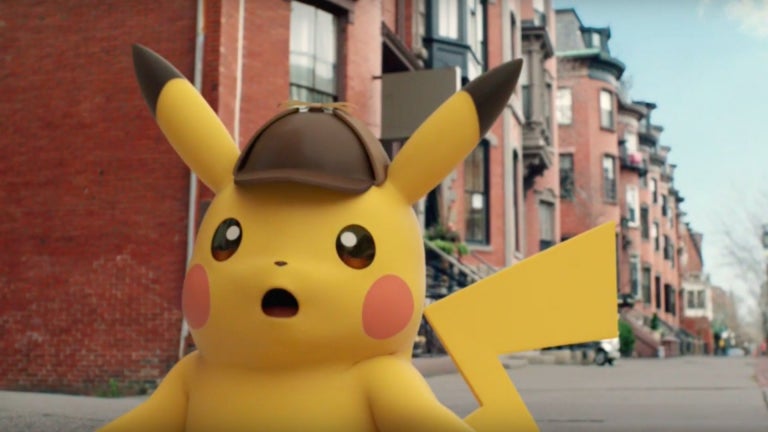 A second trailer for May 2019 comedy adventure “Detective Pikachu” revolves around the dynamic between a tiny wisecracking supersleuth and his human buddy, Tim, but there are still glimpses of legacy Pokémon.

This second trailer for “Detective Pikachu”, an unlikely live-action adaptation of Nintendo’s enormous video game franchise, has the “Deadpool” star explore similarly witty territory, albeit in a much more family-friendly manner.

Opposite Reynolds’ incarnation of Pikachu is Justice Smith of “Jurassic World: Fallen Kingdom” as Tim, a young man whose father is missing, presumed dead.

Together, the talking creature and crime researcher team up to put the clues together, manage Detective Pikachu’s coffee habit, and it would seem, team up with a young reporter (Kathryn Newton, “Blockers”).

This second full trailer offers a look at a bunch of other creatures from the Pokémon universe, including a shaggy-furred, duck-billed Ludicolo, somnolescent Snorlax, turquoise turtle Squirtle and an astonishingly encumbered Lickitung.

Then there are the Bulbasaurs and their built-in leaf-bound backpacks, a luxuriously quiffed JigglyPuff, the roaring, fire-breathing Charizard, and a public debut for the giant, glistening-skinned “Detective Pikachu” version of a powerful, hovering MewTwo.

“Pokémon” made its debut in 1996 as double release of Nintendo Game Boy titles “Pokémon Red” and “Pokémon Blue” (or “Pokémon Green” in Japan), since expanding to seven such generational pairings, as well as various collected editions, remakes, remasters and a raft of spin-offs; cartoons, clothing, merch and movies have accompanied the pocket monsters every step of the way. JB