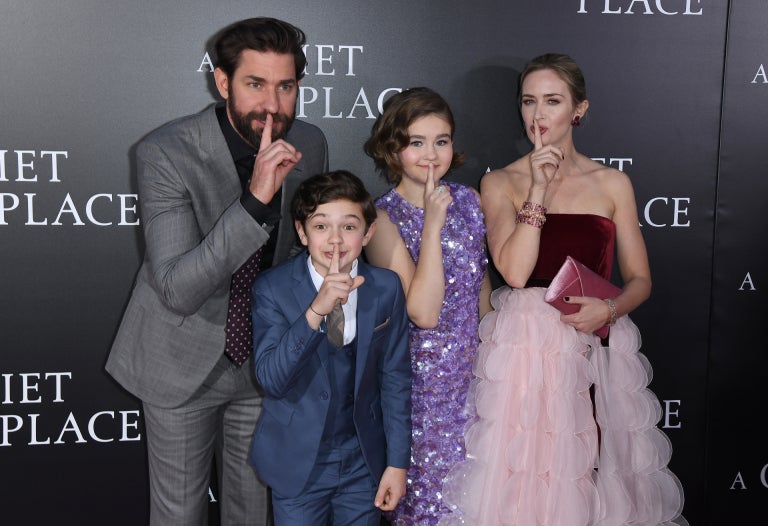 Horror hit “A Quiet Place 2” is set to reunite Emily Blunt, John Krasinski, Millicent Simmonds and Noah Jupe for a second excursion into an alien-infested landscape.

Emily Blunt, Millicent Simmonds and Noah Jupe are expected to reunite with Blunt’s writer-director husband John Krasinski for a second film in the sci-fi horror franchise started by 2018’s “A Quiet Place”.

Together, the quartet played the Abbott family, survivors of an alien invasion that required utter silence of humanity’s remnants; the extraterrestrial beings populating the earth might have been blind, but had an incredibly powerful sense of hearing.

Getting the original foursome back together appears to be a key move for Paramount Pictures, which has dated the second movie for May 15, 2020.

…time to go back. #PartII

Deadline had Krasinski and Blunt in the frame, with The Hollywood Reporter bringing news that the Abbott children, played by Simmonds and Jupe, were also in talks.

Previously best known for his turn as Jim Halpert in the United States version of workplace comedy “The Office”, Krasinski made “A Quiet Place” his third directed movie and third produced feature-length screenplay.

The film made $340 million at the international box office from an estimated production budget of around $17 million.

Simmonds made her feature debut in “Wonderstruck,” before her principal role in “A Quiet Place” and has popped up in two episodes of Disney Channel family comedy “Andi Mack”.