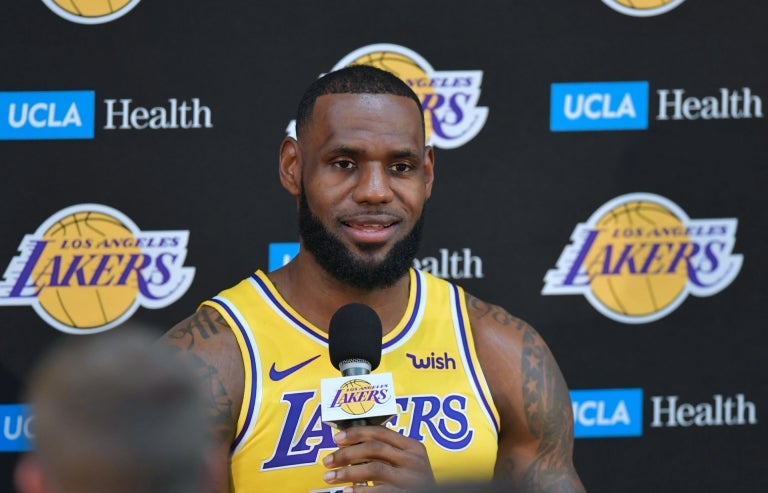 After years in development, the second “Space Jam” movie is set to land in United States theaters, July 16, 2021, Warner Bros. has announced. LeBron James replaces Michael Jordan in this latest adventure, although plot details are yet to emerge.

Moviegoers have two years to wait for a new “Space Jam” adventure. The Warner Bros. studios announced Thursday, Feb. 21 that the sequel to the 1996 movie is slated for theatrical release July 16, 2021, in the United States. For this latest installment, American basketball legend, Michael Jordan, is replaced by another star baller, LeBron James, marking the athlete’s debut in a big-screen starring role. Previously, he notably played himself in a supporting role in Judd Apatow’s 2015 film, “Trainwreck”.

As well as starring in the movie, LeBron James is also one of its executive producers, via his SpringHill Entertainment company, which shared an image of the star flanked by his animated co-stars.

“Black Panther” director Ryan Coogler is also on board as producer while Terence Nance will direct. The latter previously created the “Random Acts of Flyness” TV show, screening on HBO since August 2018. The storyline of “Space Jam 2” has not yet been revealed.

Aside from his spectacular NBA career, the Los Angeles Lakers player also branches out into the movie world as a producer and actor. In October 2018, LeBron James voiced the Gwangi character in “Smallfoot,” and is set to produce a forthcoming documentary on Muhammad Ali, airing May 14, 2019, in the U.S.

Released in 1996, “Space Jam” tells the story of famous Looney Tunes characters (Bugs Bunny, Daffy Duck, Speedy Gonzales) who recruit basketball star, Michael Jordan, to help them win a match against the Nerdlucks, a group of aliens who want to enslave them for their amusement park. The film, which combined animation with live-action footage, grossed over $230 million worldwide. JB