Historic wins for diversity at this year’s Oscars 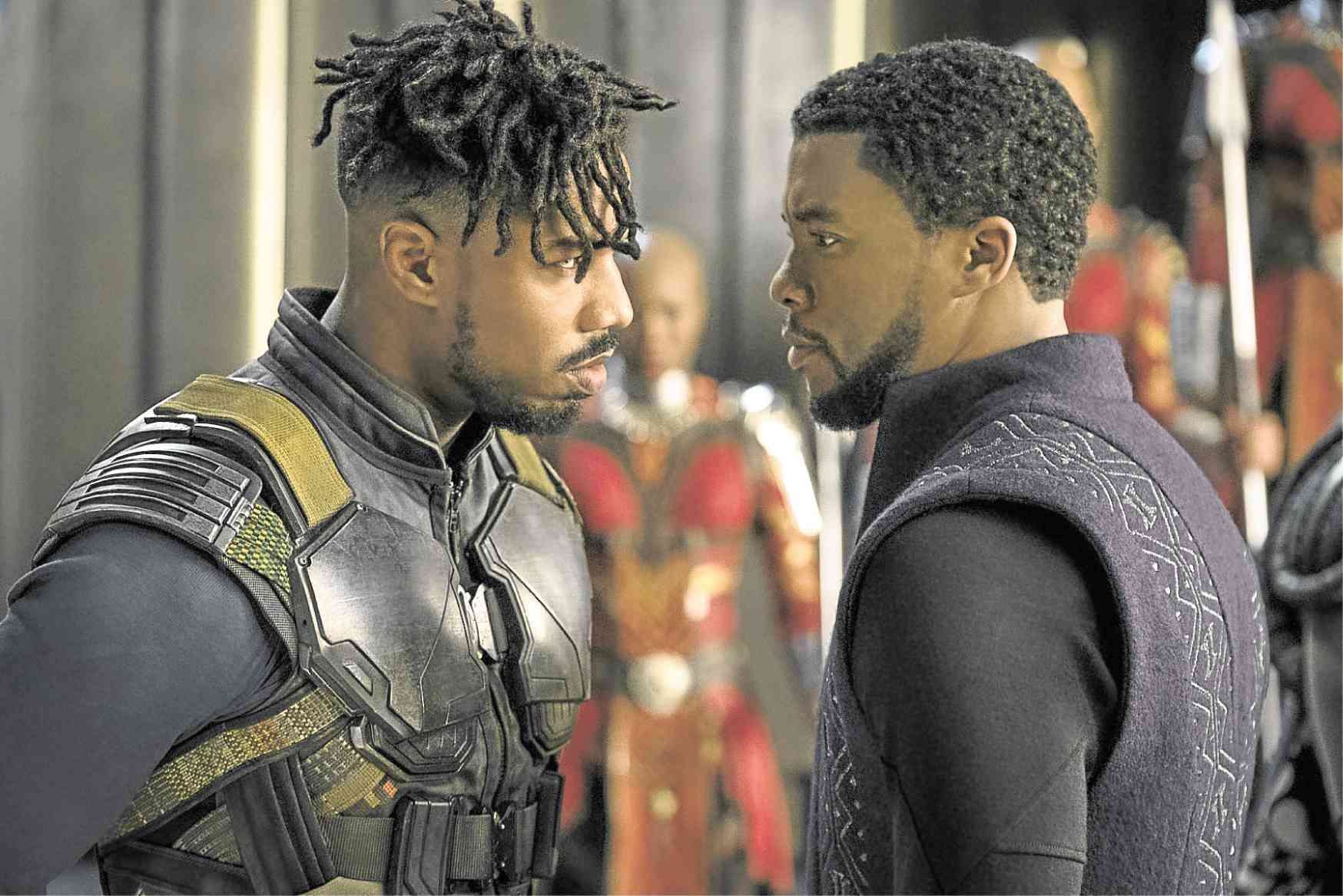 Michael B. Jordan (left) and Chadwick Boseman in “Black Panther”

The lush, big-budget craft of “Black Panther,” won for Ruth Carter’s costume design and Hannah Beachler and Jay Hart’s production design at Sunday’s Oscars at the Dolby Theatre in Los Angeles. Beachler had been the first African-American to ever be nominated in the category. Beachler and Carter became just the second and third black women to win non-acting Oscars.

Two years after winning for his role in “Moonlight,” Mahershala Ali won again for his supporting performance in the interracial road-trip drama “Green Book” — a role many said was really a lead. Ali is the second black actor to win two Oscars following Denzel Washington, who won for “Glory” and “Training Day.” 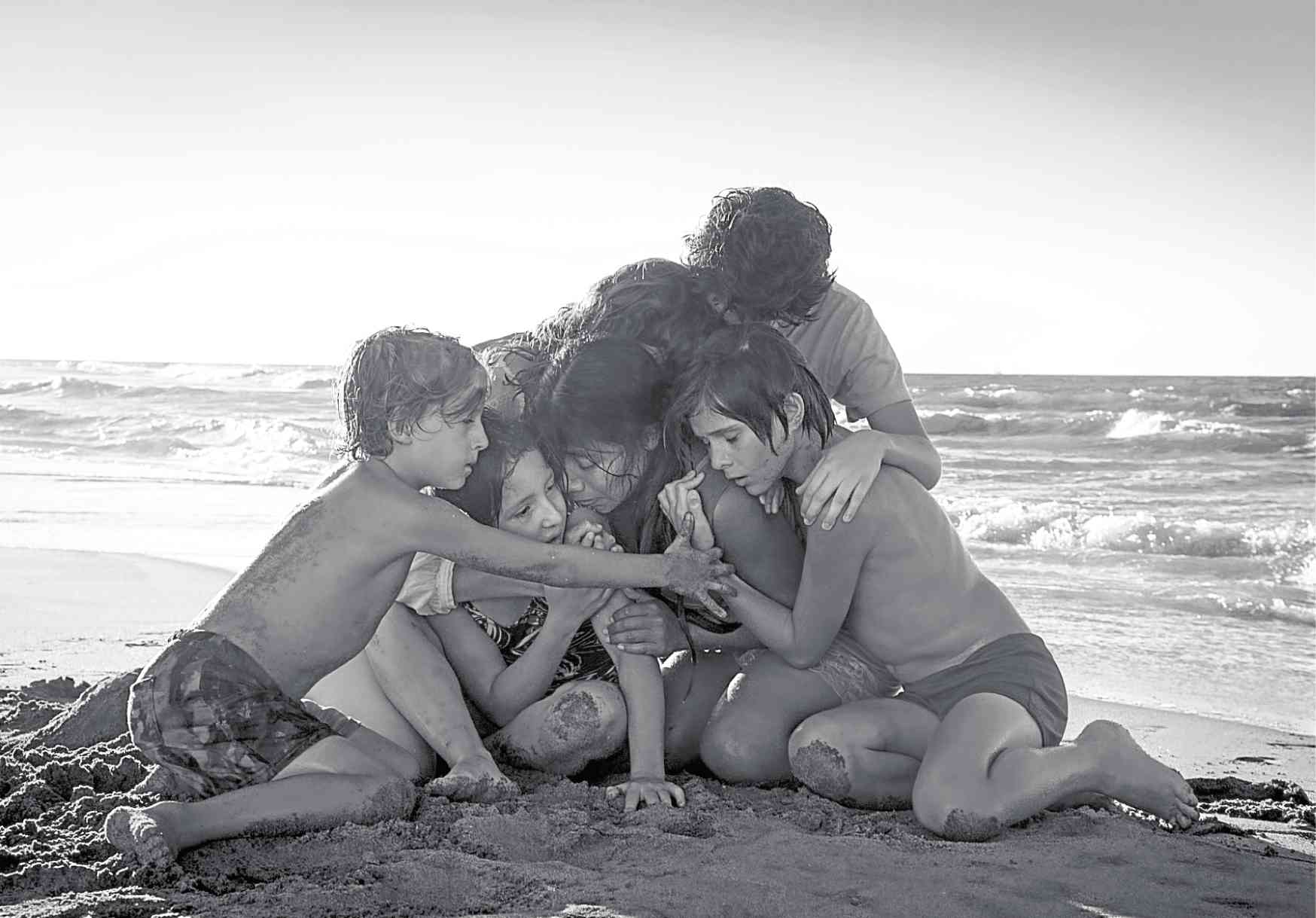 “When asked about the New Wave, Claude Chabrol said there are no waves, there is only the ocean,” said Cuaron, referring to the French filmmaker. “The nominees tonight have proven that we are a part of the same ocean.”

The wins for “Roma” gave Netflix its most significant awards yet, while “Black Panther” — along with best animated film winner “Spider-Man: Into the Spider Verse” — meant the first Academy Awards for Marvel, the most consistent blockbuster factor Hollywood has ever seen.

Queen launched Sunday’s ceremony with a medley of hits that gave the awards a distinctly Grammy-like flavor as Hollywood’s most prestigious ceremony sought to prove that it’s still “champion of the world” after last year’s record-low ratings. The tie-in was to “Bohemian Rhapsody,” the hit Freddie Mercury biopic, whose director, Bryan Singer, was fired mid-production. It won three Oscars for editing, sound mixing and sound editing.

To compensate for a lack of host, the motion picture academy leaned on its presenters, including an ornately outfitted Melissa McCarthy and David Tyree Henry and a Keegan-Michael Key who floated down like Mary Poppins. Following Queen, Tina Fey — alongside Amy Poehler and Maya Rudolph — welcomed the Dolby Theatre audience to “the one-millionth Academy Awards.”

Rudolph summarized a rocky Oscar preamble that featured numerous missteps and backtracks by the Academy of Motion Picture Arts and Sciences: “There is no host, there won’t be a popular movie category and Mexico is not paying for the wall.”

The trio then presented best supporting actress to Regina King for her pained matriarch in Barry Jenkins’ James Baldwin adaptation “If Beale Street Could Talk.” The crowd gave King a standing ovation for her first Oscar.

“To be standing here representing one of the greatest artist of our time, James Baldwin, is a little surreal,” said King. “James Baldwin birthed this baby.”

The inclusivity of the winners Sunday stood in stark contrast to the #OscarsSoWhite backlash that marked the 2016 and 2015 Oscars. Since then, the academy has worked to diversity its largely white and male membership, adding several thousand new members and opening the academy up internationally. Still, this year’s nominations were criticized for not including a female best director nominee or a best-picture nominee directed by a woman.

Adam McKay’s Dick Cheney biopic “Vice” won makeup and hairstyling for its extensive physical transformations. The category was one of the four that the academy initially planned to present during a commercial break and as its winners — Greg Cannom, Kate Biscoe and Patricia Dehaney — dragged on in a litany of thank-yous, they were the first to have their microphone cut off.

To turn around ratings, Oscar producers pledged a shorter show. In the academy’s favor is a popular crop of nominees: “Bohemian Rhapsody,” ”A Star Is Born” and, most of all, “Black Panther” have all amassed huge sums in ticket sales. Typically, when there are box-office hits (like “Titanic”), more people watch the Oscars.

But just how many people have seen one of the top nominees and the film favored to win best picture — Cuaron’s “Roma” — remains unknown. Netflix has declined to give box-office results or steaming viewership. It remains a nominee unlike any other. Should “Roma” — a black-and-white, Spanish and Mixtec language film about a domestic worker in a Mexican family — win, it will be both the first Netflix movie to win best picture and the first foreign language film to do so.

This year’s race has been maddeningly unpredictable , with the usual predictive awards being spread across contenders such as Peter Farrelly’s “Green Book,” a divisive period dramedy about a black pianist (Ali) and his white chauffer (Viggo Mortensen); the royal romp “The Favourite; and “Black Panther,” which could become the first superhero film ever to win Hollywood’s top award.