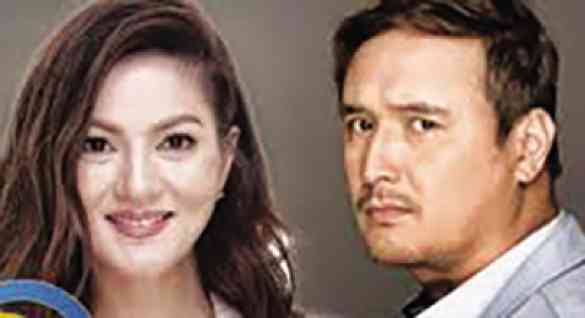 Carmina Villaroel finds it surprising that after doing the popular sitcom “Palibhasa Lalake” in the 1990s, she and John Estrada have never worked together again.

That’s until GMA 7’s coming fantasy series “Kara Mia,” which will have them reuniting on the small screen—this time playing a married couple.

“This is our first time working together again. It was awkward to be doing drama instead of comedy. But on our second, third day of taping, everything was fine,” said the actress, who was part of “Palibhasa” from 1987 to 1993.

“I was excited when I got the offer, of course. It has been so long. I wasn’t concerned with the story or the talent fee—I just wanted to do a show with her again!” quipped John, who likened Carmina to a “younger sister.”