Rita Moreno on playing a sassy grandma, ‘West Side Story’ 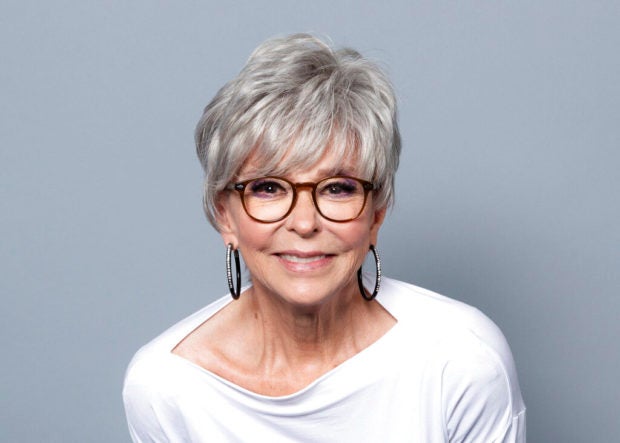 NEW YORK  — Rita Moreno plays one of TV’s best villains. Or is she one of its snidest heroines? Either way, her sassy grandmother on the Netflix reboot of “One Day at a Time” is truly a funny concoction.

Her Lydia wears makeup to bed, has a gun on hand and still is seductive in her 80s. “I came out of the womb wearing stilettos,” she purrs in a Cuban accent. The show has retooled Norman Lear’s old sitcom for a Latin family.

Moreno, one of the rare EGOT winners, is enjoying a purple creative patch lately with the show’s third season and an upcoming role in the Steven Spielberg-led remake of “West Side Story,” for which Moreno won an Oscar as Anita in 1961.

The Puerto Rican-born actress recently spoke to The Associated Press about her brassy Netflix role, the regrets she had doing the original “West Side Story” and her thoughts on the #MeToo movement.

AP: You’re clearly having too much fun with this Netflix character. In one scene, you try to hit on your own daughter’s boyfriend.

Moreno: She’s shameless. This woman, Lydia, is absolutely shameless. She’s vain. She’s a bit of a liar when it’s convenient. The interesting thing about this character is that she has a lot of negatives on her side but people love her. People love her because of her foibles.

AP: After the role was offered, you asked for something, didn’t you?

Moreno: I did ask a favor. I said, ‘I know she’s a grandmother and I know she’s supposed to be in her late 70s, but she has to be sexual. Otherwise I’m not interested.’ And they loved the idea. So now they’ve really taken advantage. Sometimes I say, ‘You really want me to say that?’

AP: Why was her sensuality important to you?

Moreno: I think it’s because it’s not seen enough on television and because people have an odd notion of what a woman of 80 — well actually I’m 87. I’m playing younger. She’s supposedly about 77, 78 something like that. And you don’t see that but it exists. And that’s why I insisted that she be a sexual being.

AP: Are there any drawbacks to playing her?

Moreno: The difficult part of playing this particular role is that she’s very big. She’s very theatrical. She’s a diva and it’s very easy to go too far with that. So I’m always constantly on the look-out and I’m always saying ‘I don’t think she’d say that’ to the writers. ‘That just seems arbitrary’ or whatever. And then we have to have a discussion about that. Sometimes they agree with me. And sometimes they’ll play along with me.

AP: You’ll soon revisit “West Side Story.” Any regrets about the original, particularly the way they handled the racial aspect?

Moreno: Puerto Rico was colonized by the French, the Dutch and the Spanish and so we are many colors. I am one and I really resented it when they put very dark makeup on me because that’s not my color. I thought the Sharks should have all of their own natural colors. Some were dark, some were copper skin, some were fair.

AP: Your skin was darkened, too, right?

Moreno: I remember one time saying to the makeup man who was making me up, ‘I really hate this color because this isn’t the color I am.’ And he actually said to me ‘What, are you racist?’ I was so stunned that I didn’t say anything. I didn’t know what to say. That’s really also how little people know about Puerto Ricans.

AP: You have fund-raised for Puerto Rico storm relief and support Meals on Wheels and a non-profit clinic. What motivates you to act?

Moreno: Anything that involves hunger, particularly food banks. I just can’t imagine being hungry all the time and I can’t imagine how anyone can function properly if they’re hungry. So that’s my thing. Everyone has their particular interest and, for me, it’s hunger, always.

AP: Are you encouraged by the #MeToo movement? It feels like change has come, but only after years of sitting on our hands.

Moreno: I think we were sitting way, way, way too long. But I also come from an era when you had to be nice to men.
I remember my mom saying that to me. She said, ‘You be a nice girl and if a man tells you to do this or that, you do it.
‘OK?’ And let me tell you, that has its effect. It’s lasting. It took me a very, very, very long time to feel independent. I would tell you until about 10 years ago. Why are you surprised? That’s how I was raised, really. And it is surprising and it’s shocking, but I didn’t know how to even write a check for the longest time. My husband did that. Things have changed so quickly and I’m so happy about that. MKH

TAGS: Netflix, One Day at a Time, Rita Moreno, West Side Story