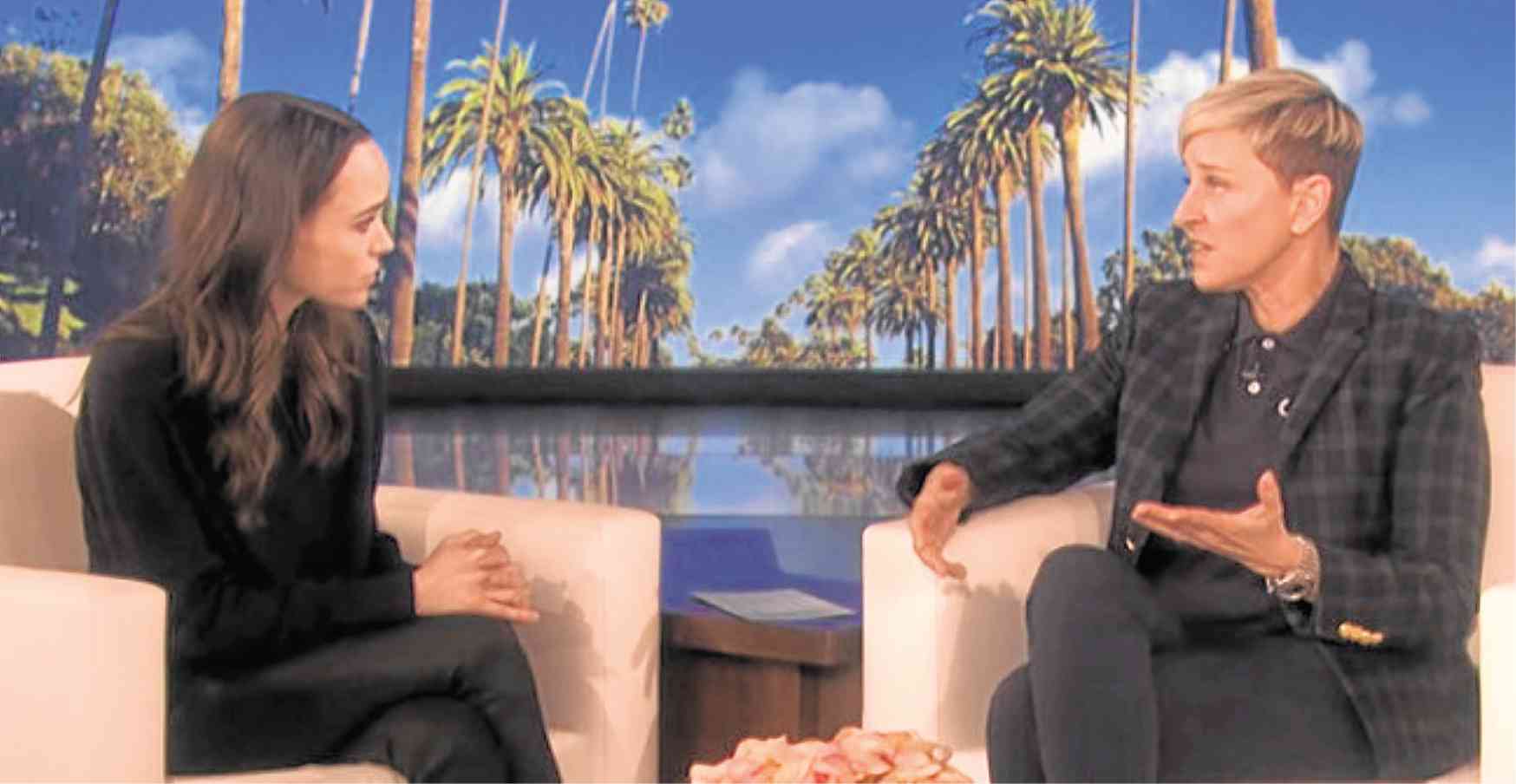 The two openly lesbian Ellens, Canadian actress-activist Ellen Page and American TV host-comic Ellen DeGeneres, recently met up for a chat in an episode of the latter’s eponymous talk show and discussed matters that are important to the LGBTQ community.

“Sometimes, we just keep our heads down and try to do what we can,” DeGeneres said of not being as outspoken as Page, who recently called out American Vice President Mike Pence for various antigay stances, and actor Chris Pratt, for joining a church accused of referring gay members to conversion therapy.

“We have so little representation in the media, and we don’t learn about LGBTQ history in schools,” lamented Page, who has been out of the closet since 2014. She is married to dancer-choreographer Emma Portner.

“These are the things that we need. You know what it’s like, Ellen,” Page told DeGeneres, who publicly came out in 1997.

“I do,” responded DeGeneres, whose wife is actress Portia de Rossi.

Page added, “You know what it’s like to grow up and internalize homophobia and live with that shame that poisons you.”

The talk show host posted a clip of the interview on Twitter and wrote the caption, “I’m really proud of my friend @EllenPage.” —OLIVER PULUMBARIT