Dua Lipa, The 1975 and George Ezra are some of the big names vying for prizes at British pop music’s annual celebration on Wednesday, with U.S. singer Pink also set to be honored. 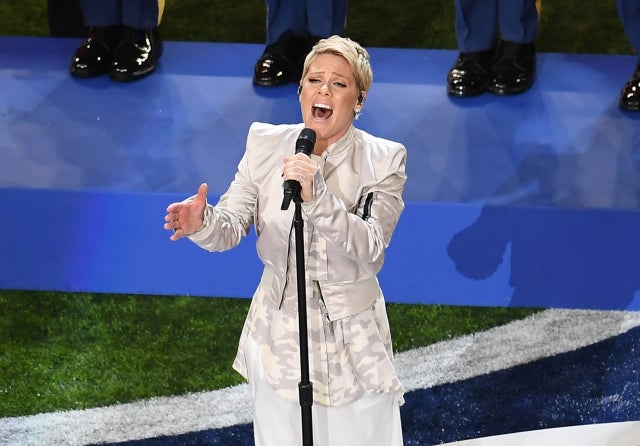 The coveted Best Album of the Year Award will be fought out between pop rockers The 1975, rising star Anne-Marie, Florence + The Machine, indie singer George Ezra and Grammy-nominated diva Jorja Smith.

Electro-stars Clean Bandit are up for two awards for their collaboration with U.S. actress/singer Demi Lovato while Dua Lipa, the 23-year-old star of last year’s show, is up for four prizes and will perform with hit producer Calvin Harris during the glitzy ceremony.

Anne-Marie, who shot to fame as the vocalist on Clean Bandit’s worldwide hit “Rockabye”, is nominated for four awards, including for the Britney Spears-inspired video to “2002”, her fourth top 10 UK single.

The British Group award pits indie heavyweights Gorillaz and Arctic Monkeys against each other, with the latter’s May album “Tranquility Base Hotel & Casino” earning plaudits for its experimental direction.

Three categories recognize foreign artists, with hip-hop giants Eminem, Drake and The Carters all up for awards, along with Ariana Grande and French star Christine and the Queens.

The Brit Awards have recognized the cream of British pop music since they were first held in 1977, and have often been peppered with scandal and farce.

The 1989 Brits are best remembered for the shambolic presenting skills of model Samantha Fox and Fleetwood Mac’s Mick Fleetwood and a comical series of mishaps.

And Madonna suffered whiplash injuries at the 2015 edition when she fell off the stage wearing a giant cape and surrounded by dancers wearing bondage-style costumes and horns on their heads.

The awards have also been criticized for failing to be bold in their choice of performers in recent years.

The British music industry contributed £4.5 billion ($5.8 billion, 5.1 billion euros) to the U.K. economy in 2015, and British artists accounted for one of every eight albums purchased worldwide. NVG