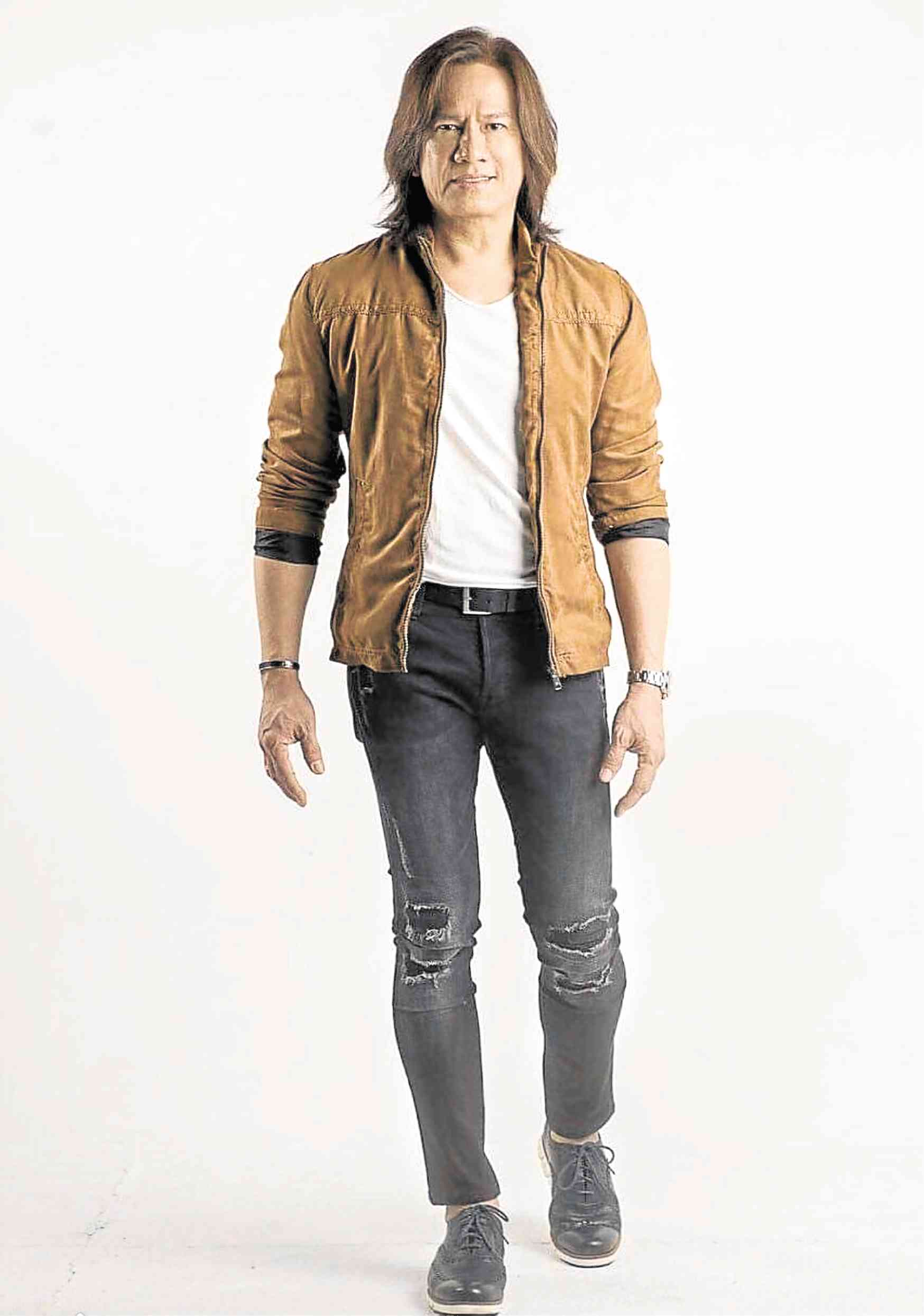 One of my fondest birthday memories was when Side A held a miniconcert for me and my guests in Music Hall back in the ’90s. The band’s former frontman, Joey Generoso, has gone solo.

Two decades later, he has not lost his charisma. Joey G and other OPM icons of the ’90s (Meds Marfil, Juris Fernandez, Jay Durias, Jinky Vidal, Janine Teñoso and Ice Seguerra) are joining forces in “Playlist: The Best of OPM” on March 1, 8 p.m. at the Big Dome.

What a “cool”-laboration! The concert is definitely going to be a “senti” journey and throwback party in one.

Here’s my chat with Joey G:

What do you miss about the ’90s music scene?  The ’90s was a golden era of the bands. It was when composers and artists flourished, and music was good and beautiful. My former band dominated the scene. Would you believe people lined up to watch our gigs from Music Hall in Greenhills all the way to Edsa? This lucky streak continued throughout that decade, especially when “Forevermore,” among other songs, became a hit in 1997. The rest is history.

What was the turning point of your career? After my stint abroad with Picante and Headline in the ’80s, I joined my former band in the ’90s. The first time I heard my voice on the radio, it was the song “Hold On.” That hit made me a household name.

What stands out in your memory as a struggling singer?  The gratifying memory of my struggling years was when I was able to pay my college tuition out of the proceeds of my gigs. I told my mom she didn’t have to worry about me, and I saw how happy she was. It was priceless.

What was your proudest moment as a band frontman?  I will always be proud of the song “Forevermore” and give due credit to its composer, Joey Benin. It changed our lives. The song went nine-time platinum and won song of the year at the Awit Awards. We would perform in sold-out concerts at major venues thrice a year. That was the moment I was more grateful to God than proud of myself as a frontman.

What do you think millennial musicians should improve on?  Each generation always has room for improvement. Millennials are exceedingly lucky with the easy exposure they get on social media to promote their music these days. Maybe it’s more of asking them to be appreciative of the older generation and its music. I wish to see them humbled and respectful of their musical elders, who composed and aired their songs on a different platform.

What’s the craziest thing that a fan did for you?  Getting harassed for photo ops. One fan followed me to the house just to see where I lived. Fans would call our landline just to hear my voice.

What’s your take on lip syncing?  It’s a no-no for me. I have never done that and never will.

What excites you about your concert with other ’90s icons?  This is a first-time collaboration with my fellow artists from the same era, and I’m excited to walk down memory lane and see them and the crowd enjoy our performances. We usually perform at different venues and hardly have time to catch up with each other’s gigs, so this will be a wonderful night to see all of us together.

John and Priscilla Estrada threw a lavish birthday bash at Mahogany Place for their adorable 7-year-old daughter, Anechka. The venue was transformed into a “My Little Pony” (the birthday girl’s fave) Disneyland, complete with real ponies! 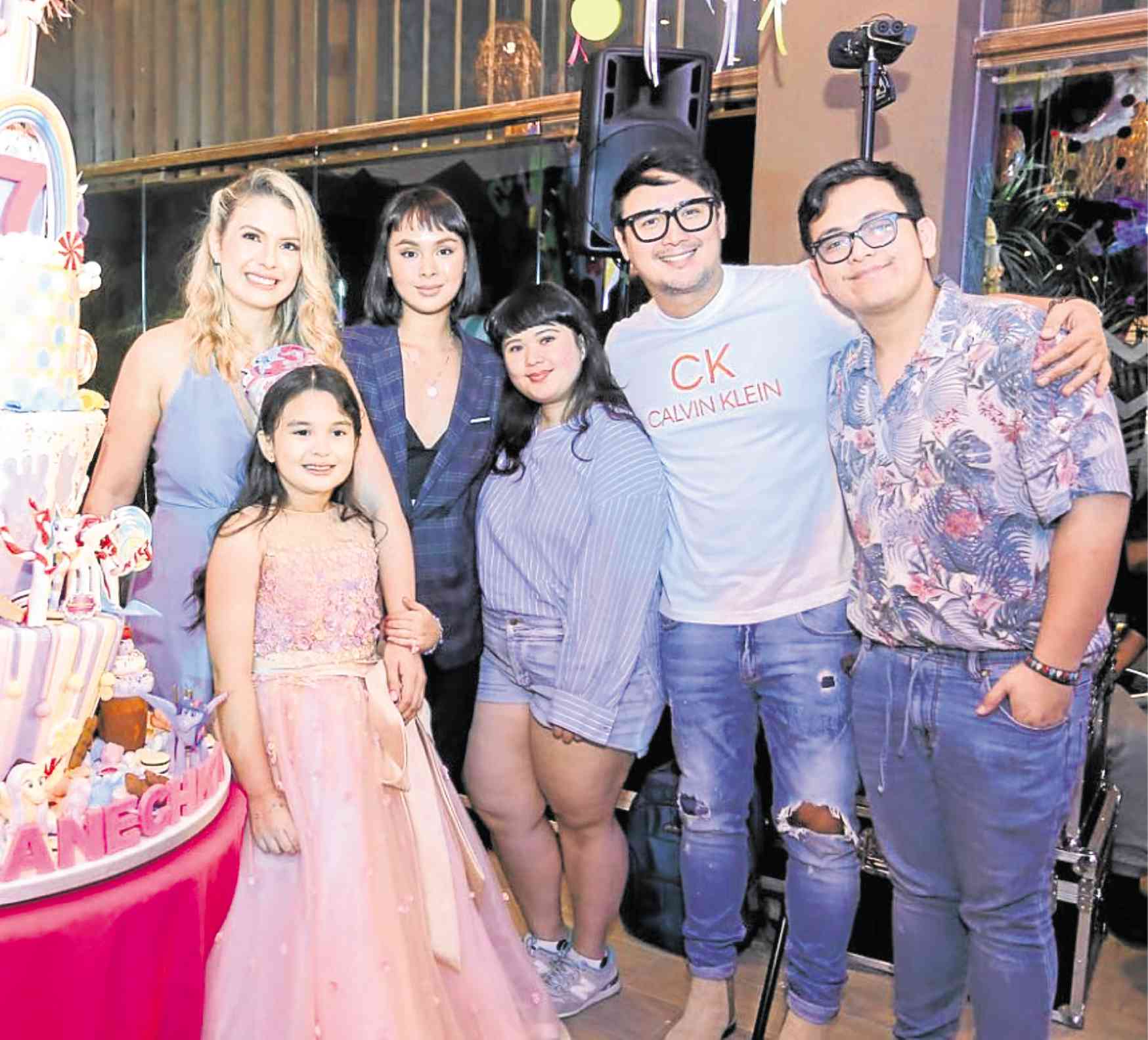 I chided John, “Seeing how fab Anechka’s seventh birthday party is, you must already save up for her debut.” Then, I asked him, “What’s your message to Anechka’s future suitors?” He shot back, “Mag-ingat kayo. Papunta pa lang kayo. Ako, naka-tatlong balik na.”(Be careful. You still have a long way to go. Been there, done that.) We both had a good laugh.

Anechka is John’s mini-me. “When people say she is my carbon copy, Pri objects,” John said. “So, to appease my wife, I tell her not to worry … that even if Anechka really looks like me, she’s got her mom’s kind heart.”

It was so heartwarming to see John’s  grownup kids (with his ex, Janice de Belen), as well as Luigi Muhlach (son of Aga and Janice) with his wife, Patty, and kids at the celebration. That says a lot about the kind of father John is.

They’re one happy “modern” family. John turned “senti” while we were watching his kids bond. “I must have done something good,” he beamed. “Because all my kids turned out to be wonderful. They never gave me headaches or heartaches.” The “forever papable” dad can’t be any happier.