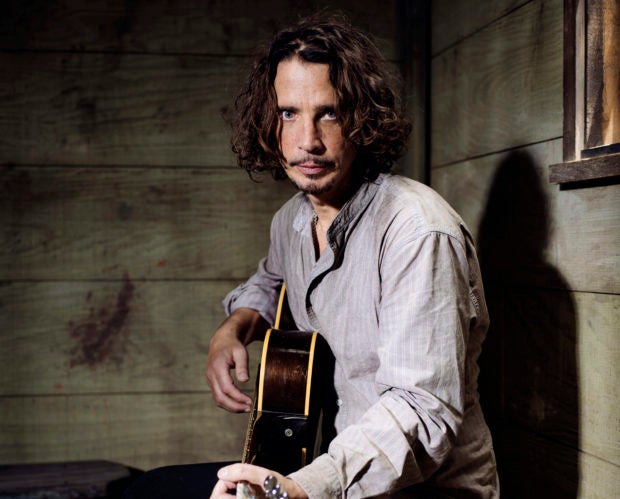 In this July 29, 2015 file photo, Chris Cornell plays guitar during a portrait session at The Paramount Ranch in Agoura Hills, Calif. Chris Cornell’s daughter has released a recording of a duet with her late father as a tribute to him on father’s day. Toni Cornell released the duet of Prince’s “Nothing Compares 2 U” on Sunday, June 17, 2018, along with a note thanking him for her father for his support of her. Image: Invision/Casey Curry via AP

Brad Pitt and Peter Berg are producing a documentary about Soundgarden and Audioslave frontman Chris Cornell.

Cornell’s widow, Vicky is attached to the project as a producer, as is Brad Pitt, a close friend of the musician.

Peter Berg (“Lone Survivor,” “Deepwater Horizon”) will direct the documentary. Little else has been revealed about the film.

Musician and grunge icon Cornell was the lead singer of Soundgarden from 1984 to 1997. He then joined rock supergroup Audioslave with three former members of Rage Against the Machine, before Soundgarden reunited in 2011. He passed away in 2017.

He was nominated for 16 Grammy awards, and won three, including one earlier this month in the Best Rock Performance category for the song “When Bad Does Good,” from his posthumous compilation album “Chris Cornell.” CC

Unreleased Chris Cornell songs to be revealed in November

Read Next
From savior to mafia-fighter: Girl power comes to Berlin film festival
EDITORS' PICK
High inflation: Your P1 is now worth only 87 centavos
UK’s Boris Johnson will resign, BBC reports
High-risk pregnancy: Reducing your risk is in your hands
Geek out at TOYCON 2022 powered by Smart Signature
House energy committee chair Arroyo bats for cheap electricity
Unemployment rate up to 6% in May
MOST READ
Suspect in grisly killing of missing woman in Bulacan arrested
Kim Atienza’s daughter flaunts bikini body in response to critics of her ‘revealing photos’
Number of active COVID-19 cases in PH breaches 11,000
Ex-Defense chief Lorenzana is the new BCDA chair
Don't miss out on the latest news and information.