NEW YORK — Cardi B has deactivated her Instagram account following social media criticism of her winning a Grammy for best rap album. 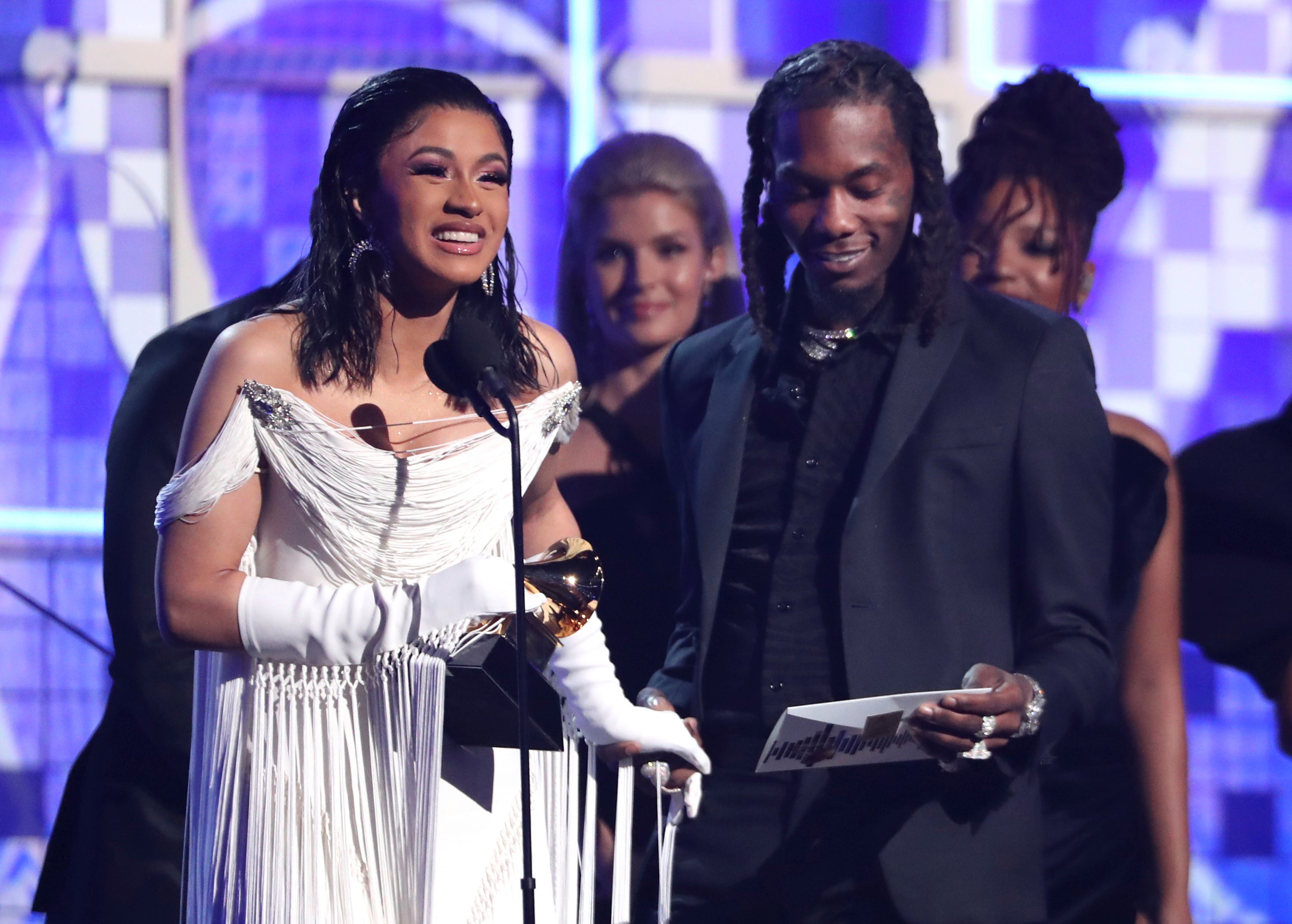 Cardi B, left, accepts the award for best rap album for “Invasion of Privacy” as Offset looks on at the 61st annual Grammy Awards on Sunday, Feb. 10, 2019, in Los Angeles. Image: Invision/Matt Sayles via AP

Some people said the 26-year-old rapper didn’t deserve the Grammy over other nominees. The criticism was amplified by a now-deleted BET tweet that pitted Cardi B against her longtime rival Nicki Minaj.

Cardi B shared an expletive-laden video prior to deleting her account saying it’s not her style “for people to put other people down to uplift somebody else.” She then pointed out how people said she was snubbed when she didn’t win for her debut single “Bodak Yellow” last year despite two nominations.

The rapper said she worked hard and throughout her pregnancy on her first album “Invasion of Privacy.” Her Grammy win made her the first solo female artist to win the award for best rap album. NVG