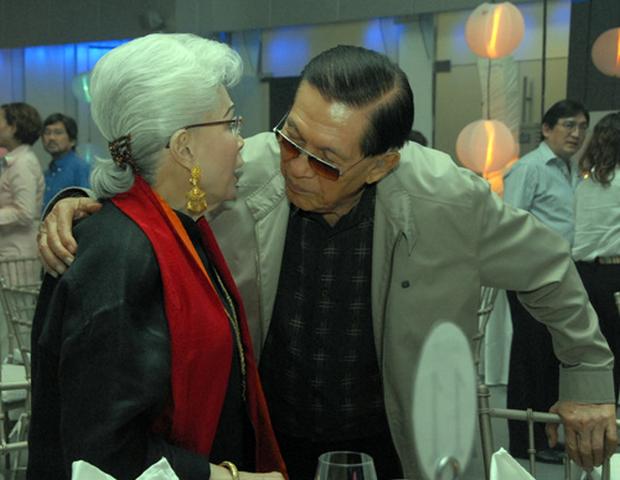 This photo, taken June 16, 2010, shows then Senate President Juan Ponce Enrile greeting his sister, Armida Siguion-Reyna, on her arrival at Enrile’s thanksgiving dinner at One Esplanade, Pasay City. Enrile hosted the dinner to show his appreciation to friends and colleagues who had been with him throughout his political career. (Photo from the Senate)

[Don’t forget her. She promoted our language through her song “Aawitan Kita.”]

READ: Armida Siguion-Reyna passes away at 88

Enrile, who would be turning 95 on Thursday, Feb. 14, talked about her sister’s ailment after his Monday Radyo Inquirer program, “Itanong Mo Kay Manong Johnny.”

[I’m said. We’re all sad that our sister died. She got sick about two weeks ago. She got pneumonia and she went to St. Luke’s Medical Center in Bonifacio Global City. There they found out that not only did she have pneumonia she also had a problem in her colon. That was removed through surgery. But the disease had spread.]

[I told my nephews and nieces and my siblings, that’s how life is. We will all get sick sometime. And the time will come when you can’t cure that.] 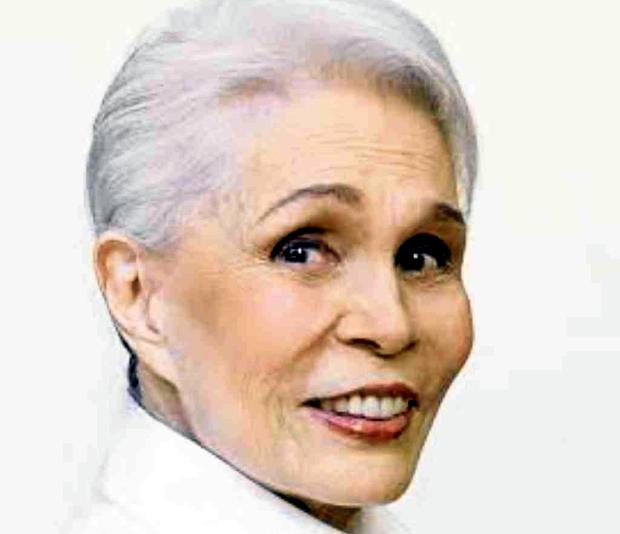 According to Enrile, a Mass will be celebrated at the Manila Memorial Park and the wake will be at the Heritage Park in Taguig City.

He asked fans and colleagues of the singer-actress to offer their prayers for the repose of her soul.

[I hope that those who knew my sister, especially those who was with her in showbiz and who were her colleagues in singing, would pray for the repose of her soul, wherever they Lord may take her.]

A Filipino music icon, Siguion-Reyna produced and hosted the award-winning show “Aawitan Kita” and last appeared in a family drama,“Filipinas,” which was directed by Joel Lamangan, in 2003.

She was also known for the musical albums “Aawitan Kita,” as well as “Armida”and “Sa Lungkot at Saya… Aawitan Kita.”

Siguion-Reyna’s family will release a formal statement on Tuesday regarding the passing of the veteran singer and actress. /atm