The biggest risk Jim, Danny and Boboy took for the things they believed in

The biggest risk Jim, Danny and Boboy took for the things they believed in 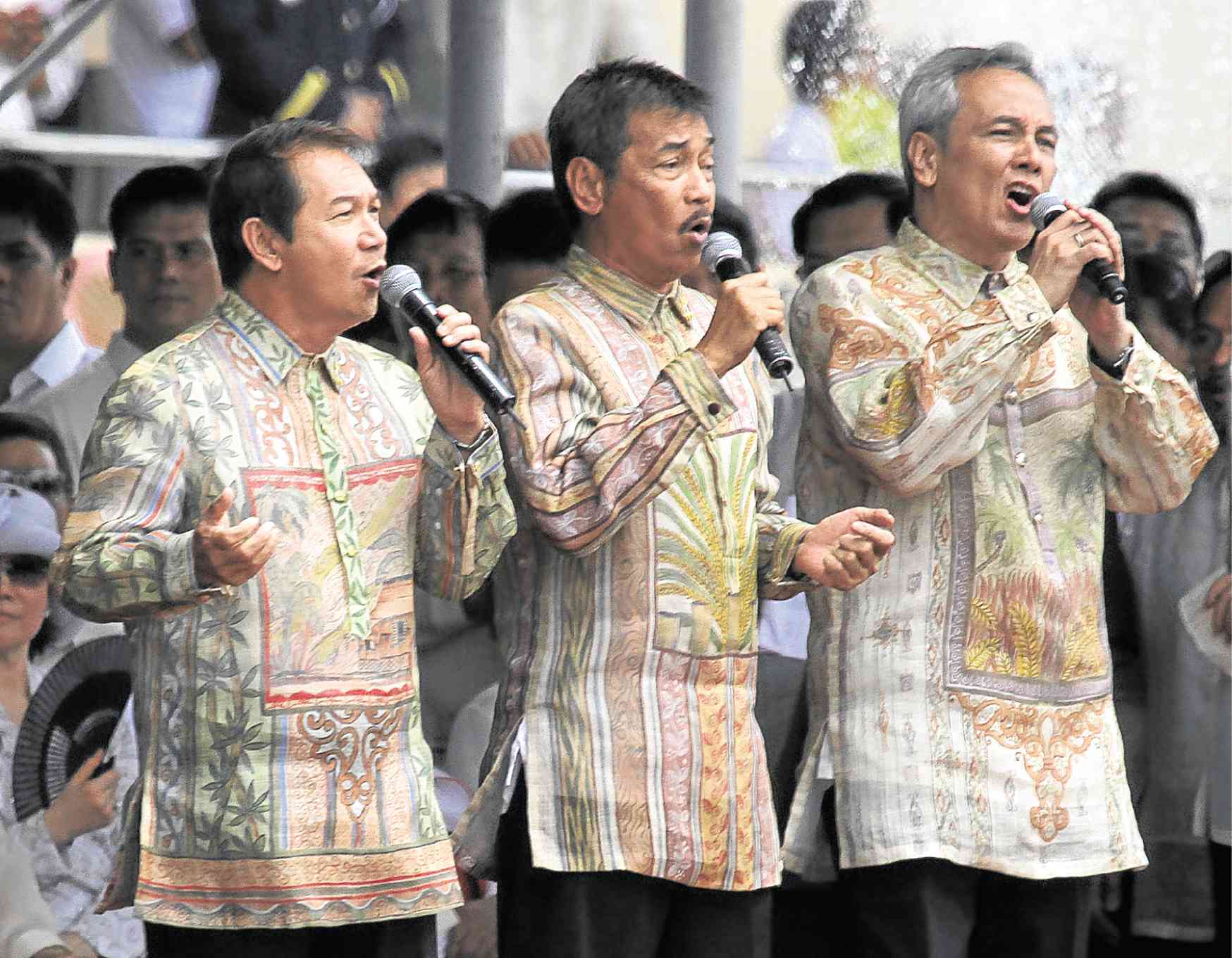 You are not truly Pinoy if you don’t have a favorite Apo Hiking Society song. The iconic OPM (Original Pilipino Music) trio of Jim Paredes, Danny Javier and Boboy Garovillo has so many hits, there ought to be a karaoke brand or even an emoticon named after the group.

The next best thing to that is “Eto Na! Musikal nAPO!,” which is a fitting tribute to the music of the terrific trio.
Due to public clamor, the play is on its second run until March 12 at the Maybank Performing Arts Theater in BGC (call 8919999).

Watching the musical will make you run the whole gamut of emotions. It will flood your thoughts with memories.

Even if we can no longer relive those moments, Apo’s songs enable us to recapture past joys and bittersweet feelings. Ah, what Apo’s music can do!

Here’s my chat with Jim:

What touched you the most about the Apo musical? I was touched by how much effort the production gave to build an incredible, enjoyable musical using Apo’s music. The scriptwriters got the vibe right from the very start, and everything followed superbly.

What chapter of the group’s history would you want to relive? Too many moments. But one would be the night we performed at Carnegie Hall in 1987. It was such an honor and privilege. If I’m not mistaken, we were the first Pinoys to do it. We had a full house and got a standing ovation.

How did you, Danny and Boboy handle artistic differences? We mostly handled creative differences with great patience, persuasion and by giving up individual egos for a collective one. If the song did well, all credit would go to Apo, anyway. We were a team.

What was the craziest thing that Apo did? It would have to be when we risked our careers for the things we believed in. It was crazy from a career point of view to risk being banned in media—and we were, from November 1985 to Feb. 22, 1986.

We were big, did lots of concerts, had hit records, a TV show and, all of a sudden, we were banned from TV, radio, government-owned venues, etc. Luckily, we survived it.

What’s your fondest memory of Pepe Smith? We were performing at St Mary’s School with the Juan de la Cruz Band. We were received quite well. We sang in English. After us came Pepe Smith and Juan de la Cruz. They sang in Tagalog—and the audience went wild. That was a turning point for us. That changed our direction.

If you could only sing one song, what would it be? “When I Met You.” It explains what love is and how it gives meaning to life and everything else. I’m a real ro mantic (laughs).

Were there embarrassing moments onstage? Too many (laughs)! It happens often that we give a long intro to a specific song, only to discover that it is not yet the next one scheduled on our list.

What turns you into a fanboy? When I see great talent or uniqueness unraveling with pure intention. It isn’t easy to make me a dedicated fanboy. I admire talent, yes, but I have to see a great body of work to be a lifelong follower.

What’s your advice to millennial musicians? I’d like to pass on age-old advice. Practice, practice, practice. Also, keep in mind that substance shines longer than form, if you want to have a long career. Don’t follow trends. You will fade away when the trend has played out. Having your own voice and sound is your contribution to the world.

Among all of Apo’s hits, which is closest to your heart? I change favorites from time to time. Right now, it’s “Panalangin,” which has become very popular in weddings. It’s hard not to sing along with it.

If your life story would be made into a song, what would the title be and who would you want to sing it? Hmm, that’s a hard one. There is a quaint Apo song called “Hanggang May Pag-ibig.” It didn’t become a huge hit, but it expresses my optimism about how love can triumph over all difficulties. I would like Ben and Ben to do it.