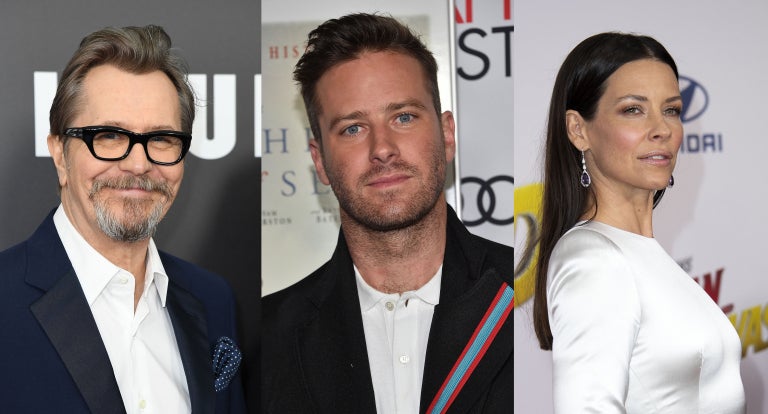 Gary Oldman, Armie Hammer and Evangeline Lilly will star side by side for the first time in the forthcoming film from Nicholas Jarecki, who previously directed “Arbitrage”, starring Richard Gere. The new movie, titled “Dreamland,” is billed as an “opioid thriller” in which three stories from the drugs world collide.

Seven years after “Arbitrage”, Nicholas Jarecki returns with a new thriller. This time, the American director has signed up three major Hollywood names: Gary Oldman, Armie Hammer and Evangeline Lilly. He also wrote the script for this latest thriller. Filming is already underway in Montreal and Detroit. The picture will soon be presented to potential buyers at the European Film Market in Berlin. As yet, there’s no word on when it might be released.

The dark world of opioids

“Dreamland” will take moviegoers into the world of opioids, where three different stories collide. The movie will follow a drugs trafficker who arranges a Fentanyl smuggling operation, involving several cartels, between Canada and the US, as well as an architect trying to fight an OxyContin addiction while searching for the truth about her son’s involvement with drugs.

The third character is a university professor faced with revelations about his employer, a drugs company with government influence, bringing a new “non-addictive” painkiller to market.

“The devastating impact of the opioid crisis reaches all corners of society,” said Nicholas Jarecki. “Gary, Armie, and Evangeline are the perfect performers to bring the human face of this epidemic to audiences everywhere.”

Before seeing Gary Oldman in this film, moviegoers can catch the actor in a variety of projects this year, including Joe Wright’s “The Woman in the Window,” also starring Julianne Moore and Amy Adams, and Steven Soderbergh’s “The Laundromat”, with Meryl Streep. Armie Hammer (“Call Me by Your Name”) stars in Kenneth Branagh’s adaptation of “Death on the Nile” while former “Lost” star Evangeline Lilly features in the forthcoming “Avengers” movie, out April 26. JB