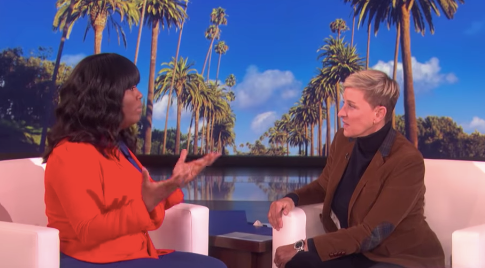 The stranger who recently placed homeless people in a motel amid the deadly Chicago sub-zero cold has finally been identified as Candice Payne.

Many homeless people were displaced from their makeshift tents after a propane tank they were using as a heater exploded last Jan. 30. A nameless Good Samaritan, however, stepped in and offered to put them all up in a motel for the rest of the week.

Payne was invited to The Ellen Show by television host Ellen DeGeneres where she was made to share her story on Feb. 6.

As per Payne, she was supposed to be working at home on Jan. 30 due to the extreme cold, when she just started to think about those who had nowhere to go.

“It was a no-brainer. In my mind, ‘okay, I can go and charge twenty hotel rooms on my American Express,'” she said.

No hotel wanted to take in the homeless at that time, said Payne, except for one, The Amber Inn Hotel. She managed to secure thirty rooms, but was concerned as to how she would transport the homeless to the motel, since she only had one truck.

She then took to social media where she asked for help, telling netizens she would pay them if they could offer their trucks and vans for transporting the homeless.

This soon snowballed and more and more people started pitching in. In the end, the initiative Payne started ballooned and they were able to secure five nights, 72 rooms for 122 homeless people.

It was a moment that was close to Payne’s heart, as she told DeGeneres that her boyfriend used to be homeless.

“The misconception about homeless people is they think that they’re lazy or they just don’t want a job,” she said. “And truth be told, a lot of people are one paycheck away from their same situation.”

Giving truth to the maxim that what one gives returns to them tenfold, the generous DeGeneres told Payne that she called up Walmart and told them to give her $25,000. Payne apparently bought most of the supplies she gave to the homeless from the retail chain.

After the break, however, DeGeneres surprised the already-overcome Payne and told her she just called the retail chain again to give her another $25,000, making it a total of $50,000.

Payne, in the end, said she has found her true purpose. With her non-profit organization Action for Calls, she plans to use her passion for real estate to build houses for the homeless and rehabilitate them. JB