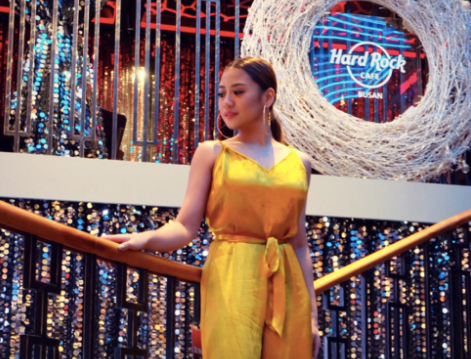 The challenge dares netizens to sing the original hit of Asia’s Songbird Regine Velasquez while sitting down, while lying on one’s stomach and while wearing a cheek retractor.

But one attempt stood out and it was the video made by former contestant in “The Voice Teens” Philippines Chloe Redondo.

After Amon’s guesting, Redondo said she shared the Facebook video of Amon’s performance and many commented on her post, asking her to do the challenge.

Some even suggested that if her post received 5,000 comments, she should try to do the challenge. But the young singer increased this dare to 15,000 comments.

Her mother then bought her a cheek retractor solely for the challenge and on February 1st, the grade 11 student attempted to do the challenge after class with the help of her classmates.

Redondo also shared a message to Amon whom she looks up to, saying “To ate Morissette, ang galing galing niyo po magperform!”

Redondo joined the first season of singing competition “The Voice Teens” Philippines in 17. She was a four-chair turner and eventually trained under the team of Sarah Geronimo. /jpv