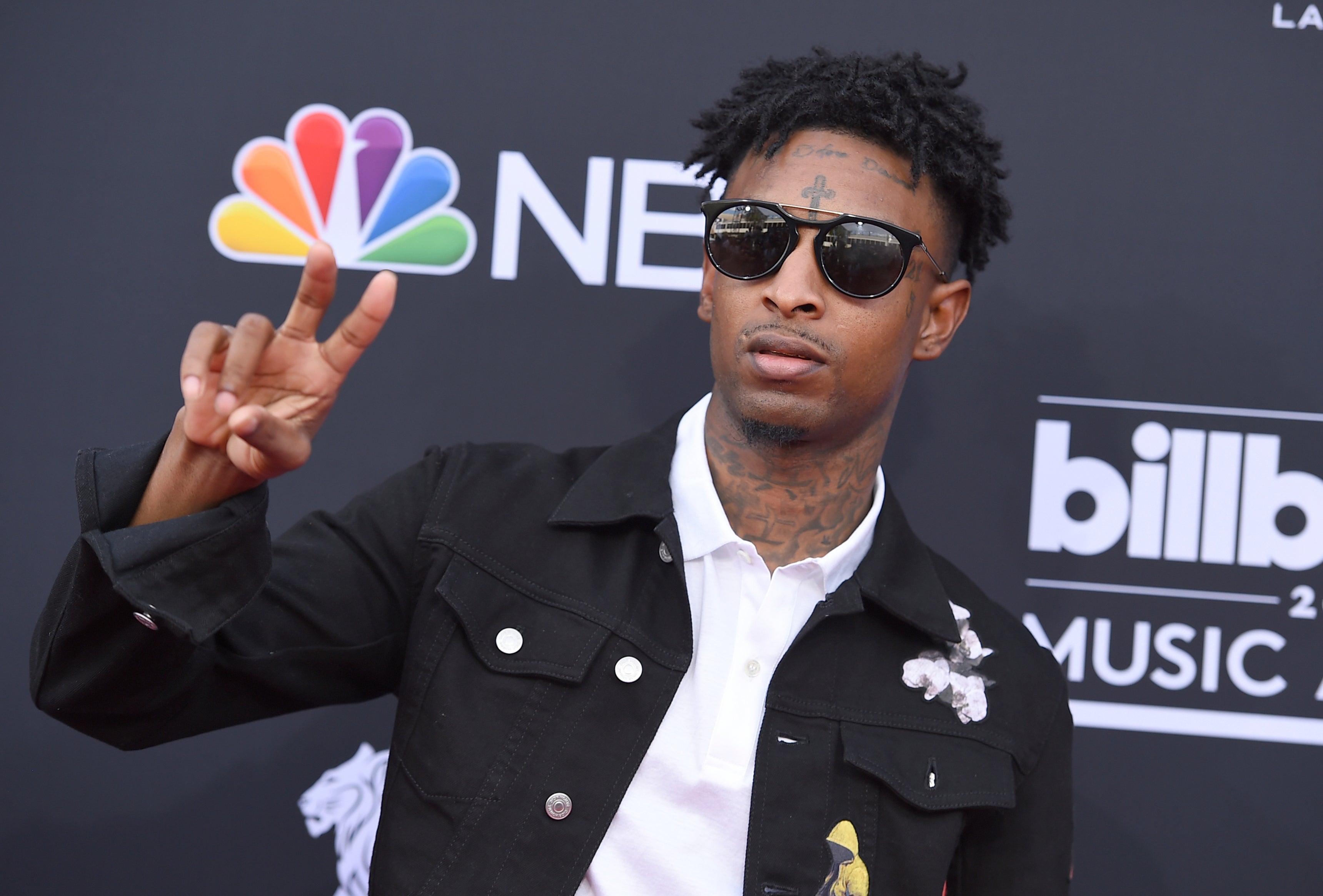 LOS ANGELES — It was a shock for fans when 21 Savage was taken into custody by U.S. immigration agents in Georgia. It was an even bigger shock to learn he had been an immigrant in the first place.

The Grammy-nominated rapper and his music are so deeply associated with Atlanta that the notion he was actually born in England and brought to the U.S. at age 12 felt downright bizarre.

Scores of surprised tweets came after his Sunday arrest. Memes bloomed that some called cruel under the circumstances, including one of him dressed as a Buckingham Palace guard, along with an old video of him talking in a mock English accent about tea and crumpets. While the United Kingdom is responsible for rap icon Slick Rick, he also grew up in America, and its rappers traditionally have not had much success in America.

“It seems so outlandish that the prototypical Atlanta rapper is not from Atlanta,” said Samuel Hine, a writer and editor at GQ who researched 21 Savage and spent a day with him for a profile in the magazine last year. “I think that’s why so many people were sort of making fun of him, and making memes.”

By all accounts, few knew his real birthplace, and it certainly wasn’t publicly known. His accent gave no indication, and his birth name, Sha Yaa Bin Abraham-Joseph, could come from any number of birthplaces.

Abraham-Joseph was detained in a targeted operation in the Atlanta area and put in deportation proceedings, U.S. Customs and Immigration Enforcement spokesman Bryan Cox said.

Abraham-Joseph’s attorneys said U.S. immigration officials have known his status at least since 2017, when he applied for a new visa. That application is pending, and his attorneys say he should not be detained.

Both sides agree that Abraham-Joseph came to the U.S. as a child in 2005, and he stayed in after his visa expired in 2006.

“He, like almost two million other children, was left without legal status through no fault of his own,” Kuck Baxter Immigration, the law firm representing Abraham-Joseph, said in a statement Monday, adding that he now has U.S. Citizen children of his own.

Abraham-Joseph then spent his teenage years in Atlanta — the city that birthed rap gods OutKast — and his image and later his music became defined by the city’s distinctive and rich hip-hop culture. Even the “21” in his name is a reference to the block where he lived there.

“Him growing up in Atlanta is a pretty fundamental part of his story,” Hine said. “His identity is so rooted in his Atlanta sound, his Atlanta crew.”

Abraham-Joseph was truthful when he rapped about his youthful exploits in Atlanta, including run-ins with the law over guns and drugs, Hine said. He just left out the stuff that came before that.

A pair of mixtapes in 2015 made his star rise quickly in the Atlanta underground. Collaborations with Atlanta artists including Metro Boomin and Offset of rap group Migos raised his profile.

He signed with Epic Records and made a pair of successful albums. His latest, “I Am I Was,” debuted at the top of the Billboard top 200 album charts this past December.

He collaborated with Drake, Cardi B, and Post Malone, whose song with 21 Savage, “Rockstar,” is nominated for two Grammys at Sunday’s awards ceremony in Los Angeles.

For many who love 21 Savage, surprise about his arrest quickly gave way to outrage.

Offset tweeted that he was “PRAYING FOR MY DAWG. ALL THE MEMES … AINT FUNNY HIS FAMILY DEPENDING ON HIM.”

Rapper Vince Staples joined many others in tweeting, “Free 21!”

Singer Demi Lovato felt some of the anger when she tweeted Sunday that “21 savage memes have been my favorite part of the Super Bowl.” She later clarified that she wasn’t laughing “at anyone getting deported,” but subsequently deleted her Twitter account.

While it’s not clear if it had anything to do with his own status, Abraham-Joseph did just recently address the subject of immigration and detention. Last week on the “Tonight Show,” he added a verse to his song “A Lot: that include the line, “been through some things, but I couldn’t imagine my kids stuck at the border.”

Read Next
Meet HK cinema’s newest leading lady—and she’s Filipino
EDITORS' PICK
vivo brings to the Philippines a powerful smartphone with a slimmer body, the vivo Y02s for only PHP 6,499
Apple warns of flaw that lets hackers into iPhones, Macs
46% of schools nationwide to have full face-to-face classes on Aug. 22
House energy committee chair Arroyo bats for cheap electricity
What to watch out for when selecting a video surveillance solution
Heads may roll at BOC, says Palace if sugar smugglers are allowed to use recycled import permits
MOST READ
DepEd to give teachers P5K cash allowance within first week of classes
Dressing the dead: Indonesian villagers clean corpses in afterlife ritual
DOJ indicts bank officer in $2.1 billion Wirecard fiasco
Mayor bares issues vs closed QC school
Don't miss out on the latest news and information.