Ai-Ai delas Alas trying to get pregnant at 54 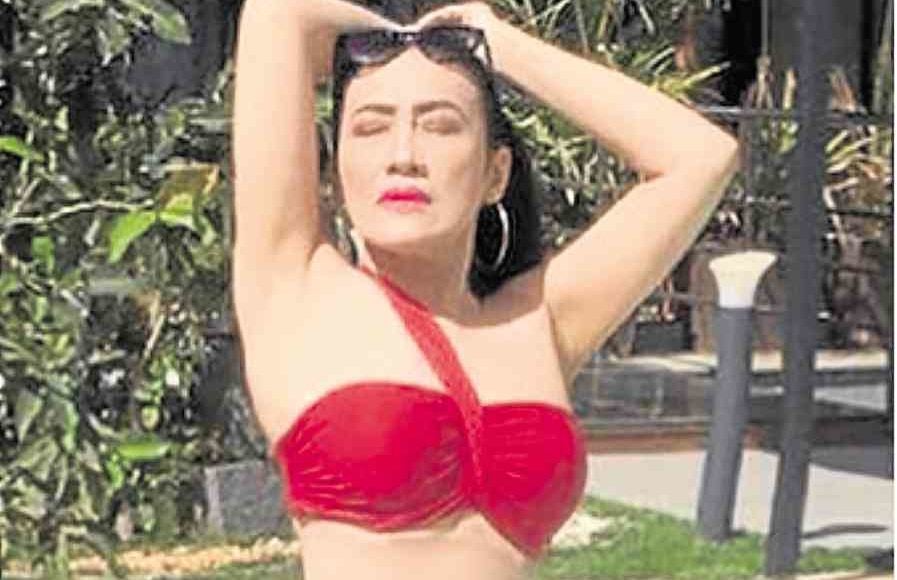 Ai-Ai delas Alas plans to take a lengthy break from show biz next year in hopes of increasing her chances of conceiving a baby with her husband, Gerald Sibayan.

“We’re going to actively try for one next year. That’s why, right now, hinahataw ko na. Because I will be taking a year off to rest—a vacation, really. We will do everything we can to have a child,” she told reporters at a recent press conference for “Hitmakers and Ai,” her upcoming Valentine’s concert with Hajji Alejandro, Rey Valera, and Marco Sison.

Ai-Ai acknowledges that she’s “not getting any younger.” But she believes that, even at the age of 54, she can still get pregnant the natural way.

“Just look at Janet Jackson, who had just given birth at 50,” she pointed out.

If not, the actress is willing to seek out medical procedures, like in vitro fertilization, wherein mature eggs are fertilized by a sperm in a laboratory and, later on, implanted in the woman’s uterus.

“If we can’t do it the normal way, then we will turn to science for help,” said the actress, who has had her eggs collected and frozen some time in the past—just in case.

But if that still doesn’t work out, joining the fertility dance ritual in Obando, Bulacan, is also a possibility.

Asked why she’s going out of her way to have a child, Ai-Ai said she doesn’t want to make her 25-year-old husband “feel like I didn’t try.” “After all, which husband doesn’t want to be a father?” said the GMA 7 star, who has three children from previous relationships.

For now, Ai-Ai will be giving her “full support” to Gerald, who’s studying to be a pilot at the Asian Institute of Aviation. “I support him by not stressing him out!” she said, laughing. “It’s a difficult undertaking—you’re juggling a lot of things and doing calculations. But he’s enjoying himself.”

While she’s happy about her husband’s progress, Ai-Ai admitted that she still doesn’t have the heart to join him when he flies a plane. “If he asks me to go with him, I would just tell him, ‘I love you!’” she jested.

Ai-Ai leads a healthy lifestyle and is strict about her diet, which consists of organic food. “I’m fun to invite to events or parties. You don’t have to buy me food because I always bring my own,” she said.

And she’s not one to shy away from showing off the results of her hard work and discipline.

Recently, Ai-Ai sparked buzz online, after posting on Instagram photos of herself flaunting her trim body while wearing a red bikini. Some wondered whether or not they were edited; Ai-Ai insisted they weren’t.

“What good would it do me if I post edited photos?” she said.“I just ignore the bashers. As long as I’m not hurting other people, I will do as I please. I will wear a bikini if I want to.”

In “Hitmakers and Ai,” which is set on Feb. 15 at Resorts World Manila’s Newport Performing Arts Theatre, Ai-Ai will have the unenviable role of filling in for the late Rico J. Puno and providing the laughs for one night. “He was, of course, a total entertainer,” she said of the late pop music icon. “Rico J is irreplaceable. But I will try my hardest to make everyone happy.”