The Oscar season has been shining the light on Tinseltown’s finest films since Douglas Fairbanks hosted the first Academy Awards ceremony in 1929, when Janet Gaynor and Emil Jannings were declared best actress and actor, respectively.

This year, there are a lot of remarkable “vanishing acts” where acting is concerned—like Rami Malek as Freddie Mercury in “Bohemian Rhapsody,” or Christian Bale as Dick Cheney and Sam Rockwell as George W. Bush in “Vice.”

However, it is safe to say that, except for Peter Farrelly’s rousing “Green Book” and Alfonso Cuarón’s exquisite “Roma,” the movies on this year’s best picture list are as flawed as they are fabulously realized, making the task of choosing a genuine Oscar-caliber standout a tough call.

Which is why you need to join the queue when “Green Book” launches its Philippine theatrical run tomorrow.
The film will not bore you out of your wits with proselytizing lectures about the evils of racial discrimination, or the uneven distribution of wealth for people on the wrong side of the social divide. 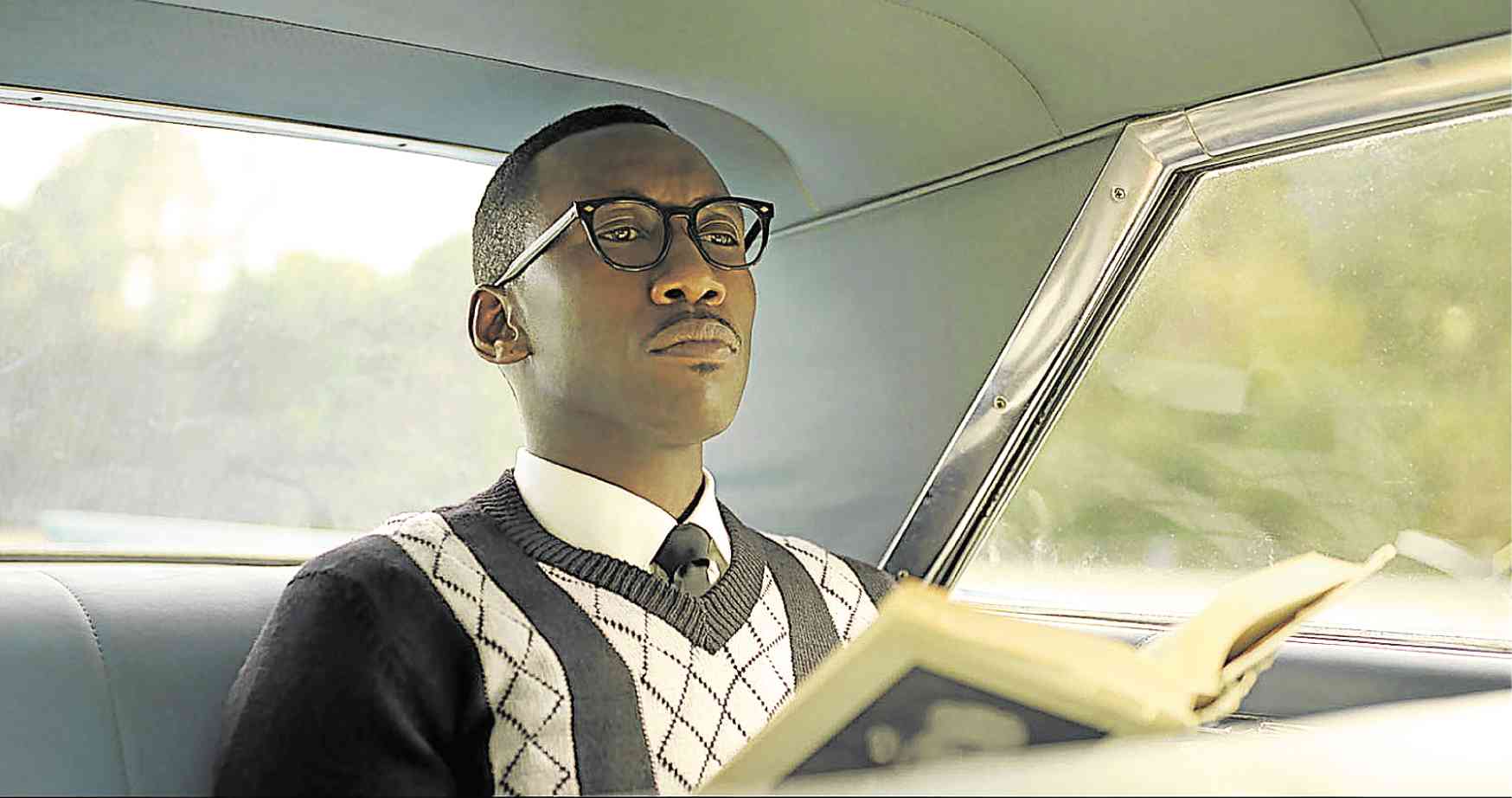 In “Green Book,” themes that tackle race, class and even gender are framed by a moving story of friendship that brings these conflagrating issues closer to home. It’s a true-to-life tale that brims with sweeping, Oscar-worthy pertinence.

Set in 1962, Farrelly’s film examines the unlikely bond that develops between African-American classical pianist Don Shirley (Mahershala Ali) and Tony Vallelonga (Viggo Mortensen), the Italian-American bodyguard he hired as his driver during a two-month performance tour through the Deep South and the Midwest in the United States.

Helping Tony navigate the racially segregated region is “The Negro Travelers’ Green Book,” a guide published between 1936 and 1966 that helped black travelers find lodging, restaurants and other business establishments that operate to serve them.

You need not know how much food Viggo had to consume to add some 40 pounds to his 5’9” frame, or how convincing Mahershala looks as he wows bar habitués in a fun, music-enhanced scene that features a rousing performance of Chopin’s complex “Winter Wind.”

More than merely looking the part, Viggo, Mahershala and their coactors are so “emotionally connected” to their characters that, during the shoot, it was difficult for Tony’s son Nick to watch them vividly play out scenes that were based on real-life situations.

Nick said in an interview that he couldn’t even look at Linda Cardellini, who plays his mom Dolores in the film, without “losing it.”

Tony and Don are polar opposites of each other—the former is as rough and gruff as the latter is refined.

Soon, the challenging trip becomes an eye-opener for Tony, who’s appalled to see for himself how shabbily his kind but gifted boss is treated by the white men and women he entertains with his prodigious musicality.

More and more, Don finds himself seeking out Tony’s assistance every time he finds himself in a bit of a scrape, especially after Don, acquiescing to the sins of the flesh, is caught with his pants down!

When Tony isn’t keeping his employer out of harm’s way, Don finds time to make his bodyguard realize that a little sensitivity can go a long way, particularly where marriage and relationships are concerned.

But, the unlikely duo’s “adventure” comes to a traumatic head when they’re arrested by police officers in a sundown town for no apparent reason, followed by an embarrassing experience at a whites-only country club.

In this uplifting, soul-enriching road trip, Tony and Don discover how people’s differences can make them appreciate the beauty of diversity.

What was initially intended as a perfunctory, by-the-numbers business arrangement ends up making an indelible mark in Tony and Don’s lives, forged by their shared values and the kind of friendship that refuses to be defined by the color of each man’s skin.