OPM-heavy jukebox musical has everything for everybody 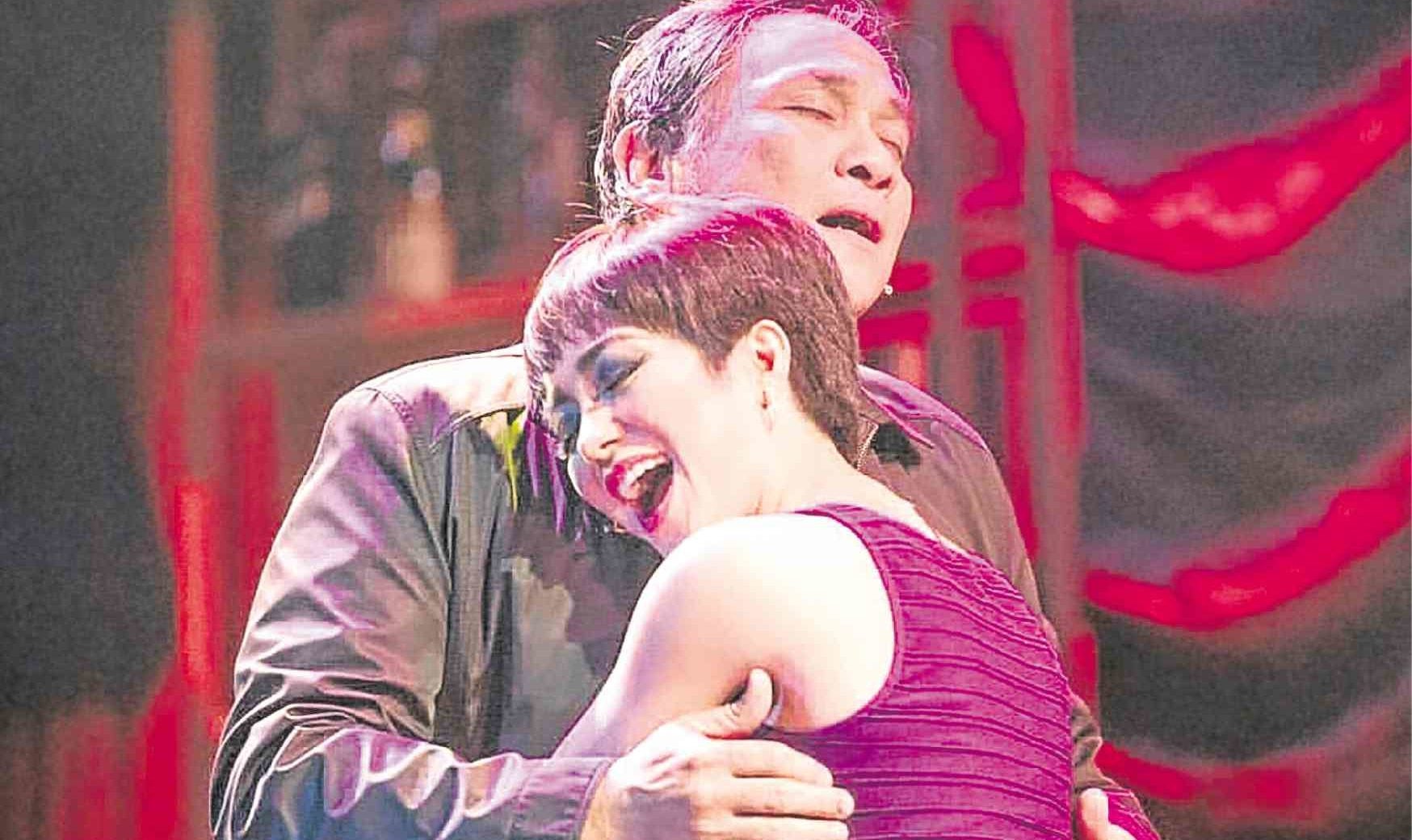 This question triggers many possible answers, especially if you’ve been listening to homegrown music for decades. You can easily stream these hits online or listen to them on the radio. Or you can watch five seasoned performers interpret over a dozen timeless hits onstage and be thoroughly entertained.

Robert Seña, Nonie Buencamino, Bo Cerrudo and Carlo Orosa are reprising their roles for the third run of “Dirty Old Musical” (D.O.M.), which tells the story of the Bench Boys, an ’80s boyband whose members reunite for a fund-raising show. Set in the present, the group’s once-agile members try to learn their song-and-dance routines and regain their lost glory.

Replacing John Arcilla is Jett Pangan in the role of Freddie—a development that should add a different flavor to Spotlight Artists Centre’s original Pinoy musical.

In a series of interviews with Inquirer Entertainment, Pangan and the rest of the main cast revealed the changes and challenges that come with mounting a revival of “D.O.M.”

Jett Pangan is no stranger to performing, with theater credits that include roles in “Sweeney Todd” and “Rock of Ages.” However, The Dawn’s frontman admits that playing the self-centered Freddie in “D.O.M.” presents quite a challenge.

“For one, I’ve never played a boy band member before,” Pangan explains. “The choreography is also a hurdle for a guy like me whose skill set doesn’t include dancing.” 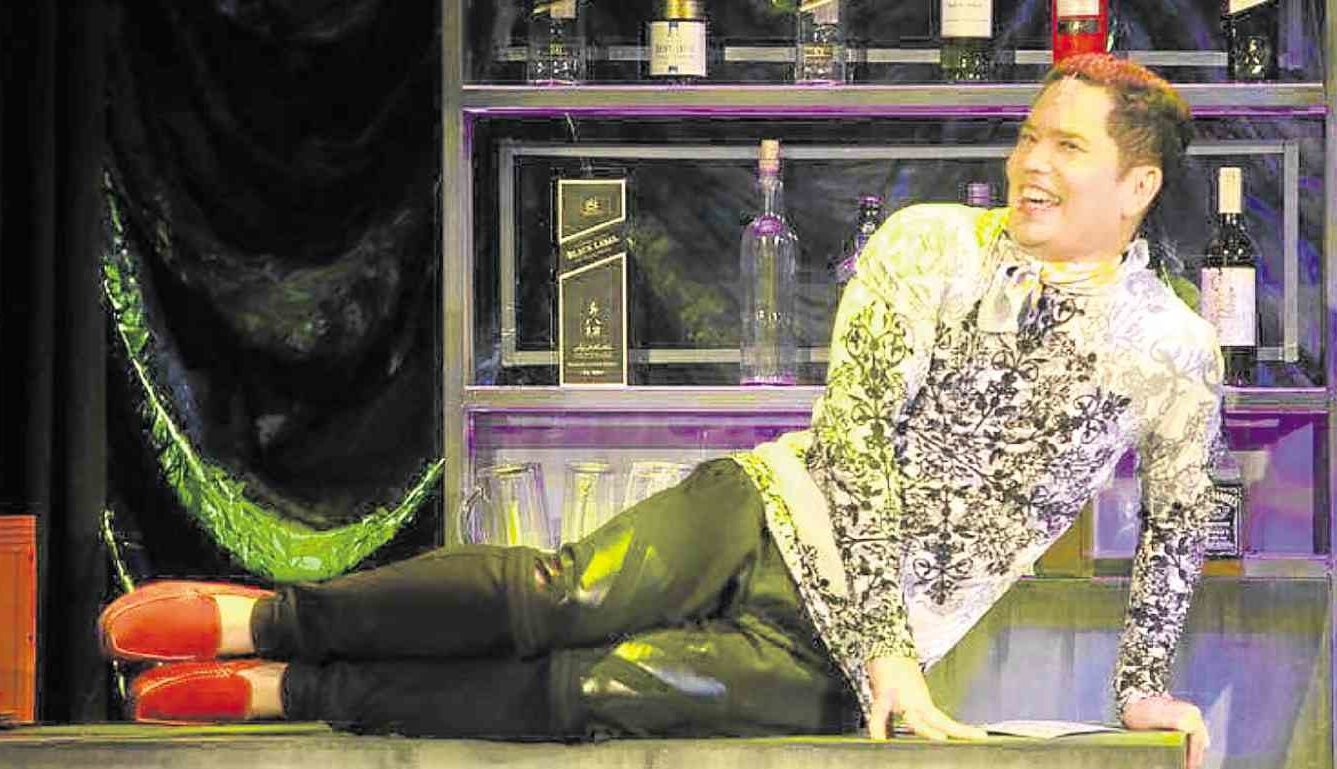 His favorite number in the show? The production number of “Saludo,” which revolves around a product that enhances a guy’s performance in bed.

For his part, Cerrudo admits having had his share of shrieking fans during his heyday in the ’80s and ’90s. His role as Greggy, the face of the Bench Boys, reminds him of those formative years.

Greggy, however, is the cute guy whose microphone gets turned off when it’s time to hit the high notes. In reality, the balladeer can belt out anything. He has proven his vocal range and theatrical mettle in musicals like “Miss Saigon,” “The King and I” and “West Side Story.”

Carlo Orosa portrays Stan, a closeted gay man who comes out to his former bandmates. Stan’s—or Steph’s—song is Ryan Cayabyab’s “Kay Ganda ng Ating Musika.” Who would’ve thought that this OPM classic by Mr. C could be used as a coming-out song?

Orosa says of his first ever gay role, “It’s relevant today because a lot of gays and lesbians are already very open. Iba na ang acceptance sa kanila ngayon. ’Yan ang nakakatuwa sa role na ’to. I get to play a gay man today, not a gay man 20 years ago. This role would have been totally different if I played it then.” 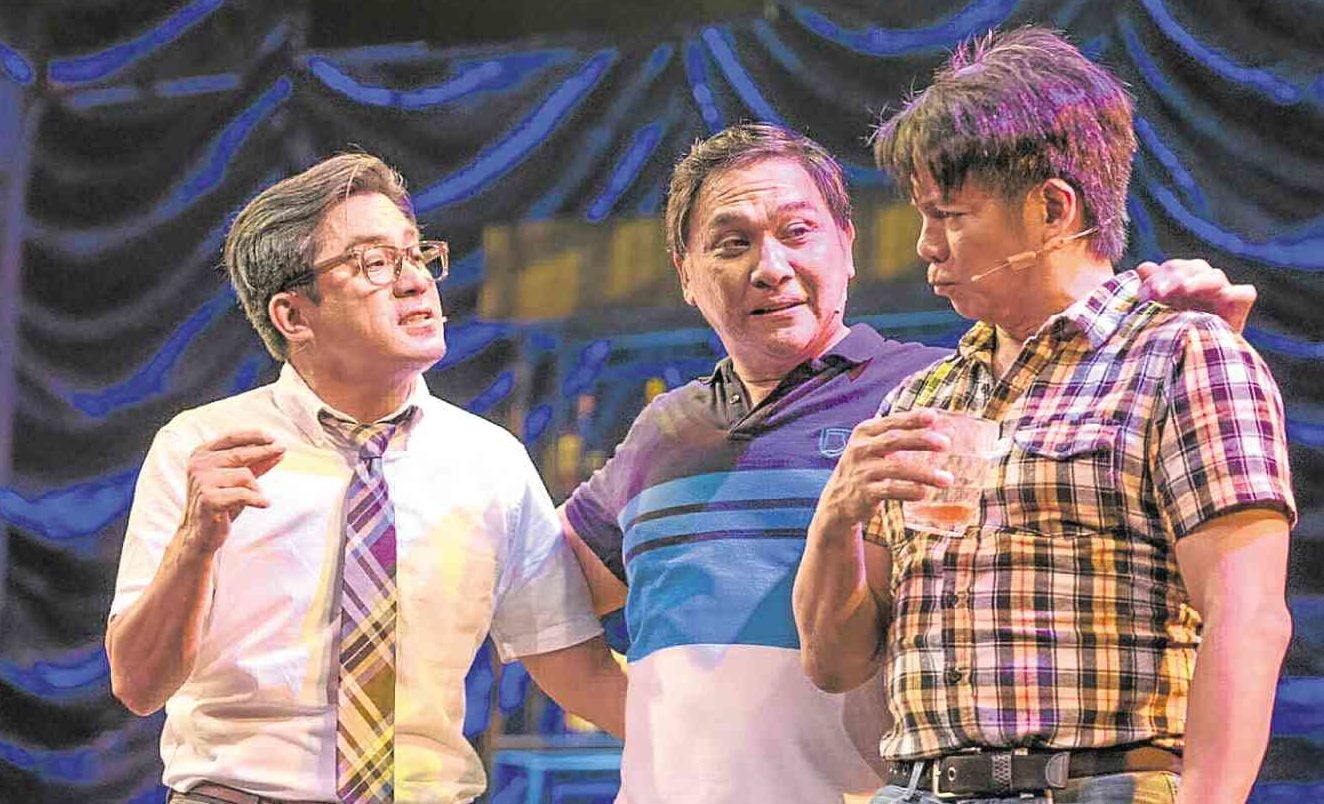 Most people associate Nonie Buencamino with the wide range of characters he portrays in the movies or on television. So, seeing him deliver compelling performances in films like “Smaller and Smaller Circles,” “Heneral Luna” and “Ang Larawan” didn’t come as a surprise. But watching him singing and dancing isn’t something that audiences expect on a normal day.

Playing Spanky may seem like a walk in the park for Buencamino, but he delivers the role with as much gusto as he does with his more serious roles.
“I rarely get to do musicals nowadays. But I put in a similar degree of concentration to them,” he explains.

His favorite number in the musical is the medley of Hagibis hits, and here’s why: “It challenges me physically, and it’s fun to dance and pretend to be macho.”

Robert Seña, best known for playing Thuy and The Engineer in “Miss Saigon,” admits that portraying the level-headed Eugene isn’t nearly as difficult as his previous roles.

“Most of the characters I’ve essayed in the past were edgy or bad,” notes Seña.

And while the vocal parts are not nearly as taxing for him, he admits having trouble catching his breath when rehearsing “D.O.M.’s” dance routines—much like the rest of the main cast.

The role also requires Seña to sing and dance to a Gary Valenciano hit, with a routine that channels Mr. Pure Energy. 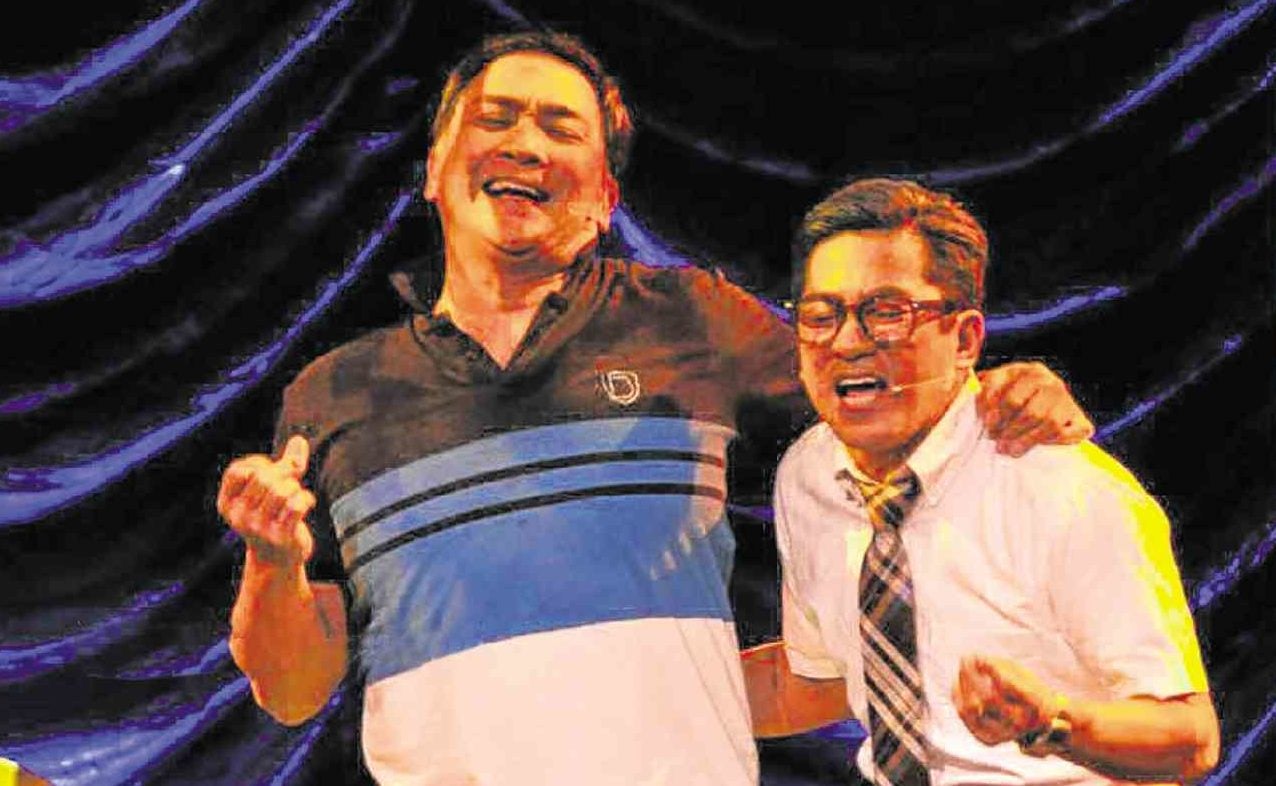 Seña penned the lyrics for “Tunay na Kaibigan,” one of three original songs that has been added to the show’s repertoire, which also includes OPM favorites like “Ang Himig Natin,” “Bikining Itim,” “Babaero,” “Mag-Exercise Tayo Tuwing Umaga” and “Farewell.”

Despite the show’s heavy nostalgic bent, however, younger members of the audience should find themselves both moved and entertained because, apart from the updated musical arrangements, “Dirty Old Musical” also examines issues they can relate to
—friendship, forgiveness, unconditional love and, yes, growing old.