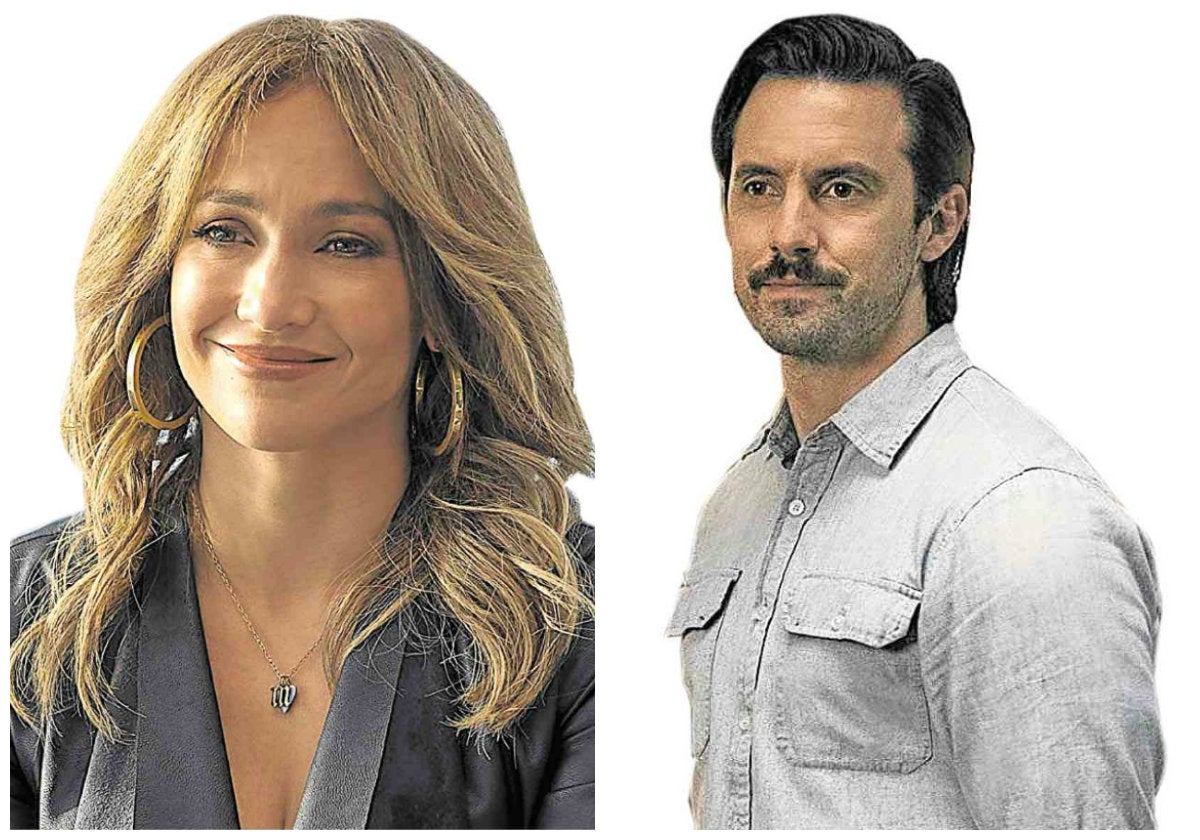 The singer-actress’ age-defying charm outweighs her film’s logic-thwarting excesses, and that isn’t always a bad thing in the Peter Segal-helmed, female-empowered “dramedy.”

The movie follows Maya (JLo), a 40-year-old woman who, despite not having finished college, is great at managing the operations of the big box store she has thrived in for 15 years.

But her career’s upward trajectory encounters a stumbling block when a less competent colleague with a college degree gets the promotion she thought was hers for the taking.

With a “reworked” college resume and a coterie of feisty BFFs (Leah Remini, Suzi Teplitsky) and coworkers (Charlyne Yi, Alan Aisenberg) rallying behind her, Maya bounces back by using her street-smart skills to outwit her book-smart rivals in the corporate world.

As she rises from the ranks, Maya must come to terms with her inability to commit to her longtime boyfriend (Milo Ventimiglia) and face the ghosts (Vanessa Hudgens) of her wayward youth.

A bigger dilemma develops when one of her rivals, Ron (Freddie Stroma), finds out about her real identity and how she has misrepresented herself—because the closest thing Maya’s been to Harvard, where her résumé says she’s an alumna of, has been when she needed to look up the Ivy League university on the internet!

The feel-good film is a veritable blue-collar fantasy that largely benefits from its lead star’s magnetic presence and  larger-than-life personality, and will likely leave viewers, uh, feeling so good if they can look beyond its hackneyed narrative development and lapses on logic.

Even harder to resist are winsome moments of frothy comedic bliss—courtesy of the lovely and luscious actress’ delightful costars—not to mention the production’s confrontation scenes that make inventive use of JLo’s musicality and vaunted terpsichorean flair.

In one scene, for instance, Maya confronts Ron with a dance-off that ends badly for the latter. In another scene, Maya is seen “shaking her booty” during a fleeting but rousing breakfast sequence.

Maya must find a way to come clean with her coworkers about the successful career she’s built around some very tall tales.

If you don’t think the hardworking cougar deserves a third act to clean up her self-inflicted mess or get another shot at her interrupted romance, perhaps neither do you.