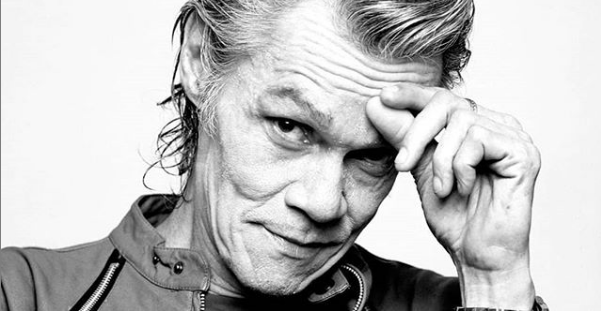 The family of the late rock legend Joey “Pepe” Smith has launched a fundraiser for his memorial and funeral services. Daughter Sanya Smith took to social media recently to ask for help from supporters and friends of the rockstar, saying any donation, big or small, will be appreciated.

“The love and support coming from you guys from all over the world is amazing. Papa is loved by so many,” Sanya wrote on Jan. 29. “He gave us the music, now we ask for your help in return for his memorial service.”

As per the online fundraiser on GoGetFunding, the family is in need of P300,000 for Smith’s memorial and funeral services, as well as for the burial-site fees.

“Pepe Smith was a wealthy man but that had nothing to do with money,” the page read, with words written by Erwin Romulo. “Like many can attest he was generous, perhaps to a fault. He always gave everything he had. He now needs our generosity.”

As of this writing, the fundraiser is almost halfway to its goal, with P142,308 raised from 67 backers, thus far.

Smith is known as one of the pioneering fathers of Pinoy rock. His 1974 album “Himig Natin” with his Juan dela Cruz bandmates changed the genre forever and paved the way for the many rock artists that followed.

Smith was 71 years old when he passed away in the early morning of Jan. 28. His wake is currently being held at Loyola Memorial Park in Sucat, Parañaque City.  /ra

Read Next
Peter Jackson making new documentary of Beatles’ ‘Let It Be’
EDITORS' PICK
Acer starts the year off strong with the Aspire Vero National Geographic Edition
Gear up and get ready to play with Yamaha Mio Gear
PH to import 60,000 tons of fish to cover shortage
Workers are exempted from ‘no vax, no ride’ policy – DOLE chief
Over 3 Million worth of prizes to be won at Smart Padala’s SENDali Manalo Promo!
#VotePH2022: COVID, power woes loom as poll concerns
MOST READ
Guevarra to Acosta: Obey rules on unvaccinated
Emma Stone calls Andrew Garfield a ‘jerk’ after he ‘lied’ about his ‘Spider-Man: No Way Home’ appearance
Cold-case investigation names surprise suspect in Anne Frank’s betrayal
Czech anti-vax singer dies after deliberate infection
Follow @CCepedaINQ on Twitter
Don't miss out on the latest news and information.