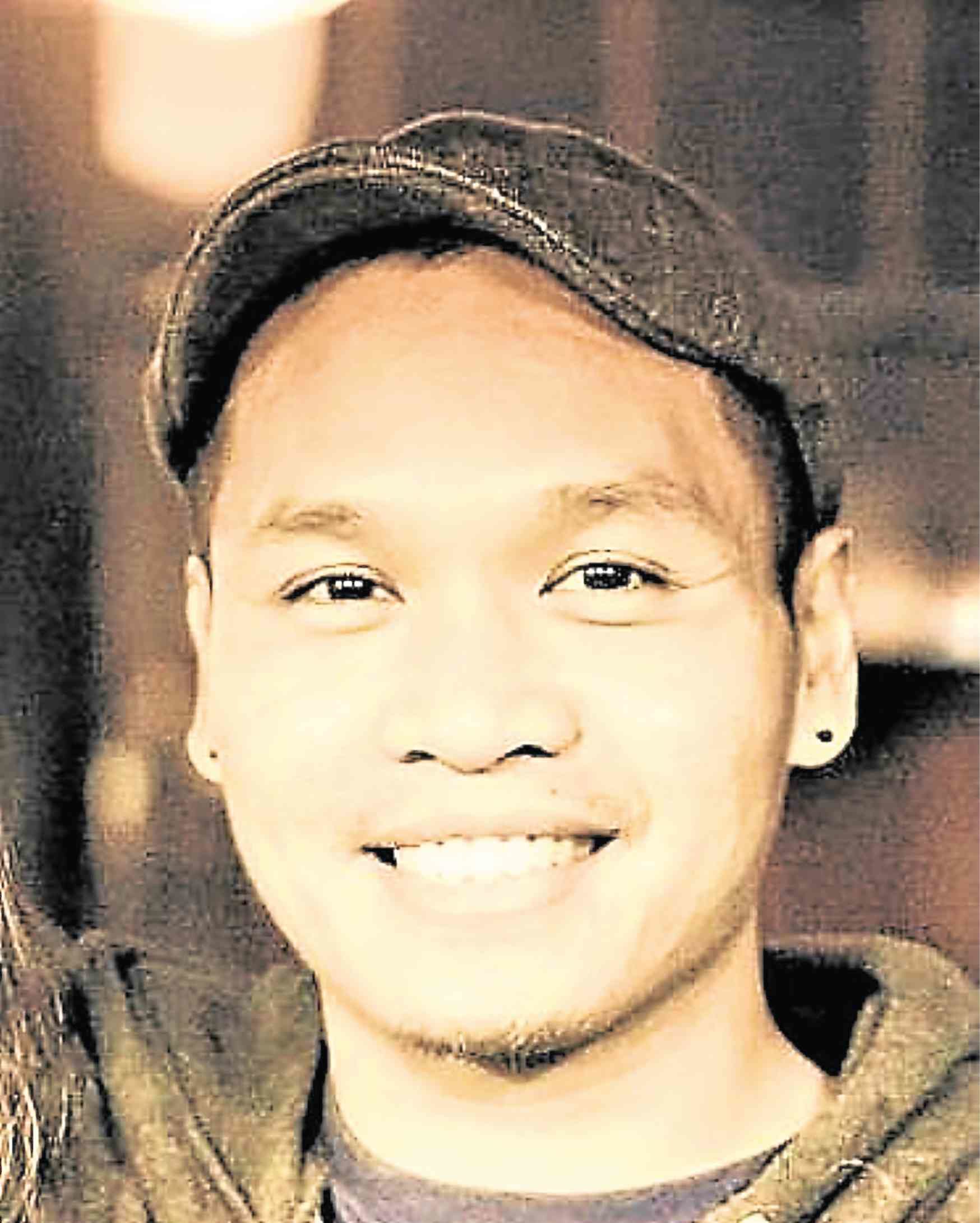 LOS ANGELES—With “One Small Step,” Filipino-American Bobby Pontillas takes a big one toward a potential Oscar trophy. The filmmaker, whose family roots are from Camarines Sur, and his codirector and cowriter, Andrew Chesworth, are nominated for best animated short film in the 91st Academy Awards.

“One Small Step,” an engaging tale about a Chinese-American girl raised by her dad and who aspires to become an astronaut, has been earning good reviews and winning awards in film festivals.

It is the first film project of Taiko Studios, which was cofounded by Bobby, Andrew, Zhang Shaofu Zhang, Joy Johnson and Andrew Jennings (all former Disney Animation artists), and is based in Los Angeles and Wuhan, China.

Bobby, born in Agana, Guam, to Filipino parents, moved to Washington state when he was 9 years old. “Most of our family is from Camarines Sur,” said the talented animator who was raised by his mom, Cossette Pandes Pontillas. “I’m not sure where my father is from,” he added. “He’s still alive, but I haven’t seen him since I was a kid.”

Bobby’s reaction to his Oscar nomination, captured on video by his girlfriend, Jessica Chandra, seemed a fitting emotional response, considering his long and challenging journey from Washington to Los Angeles, with a two-year stop in Connecticut. 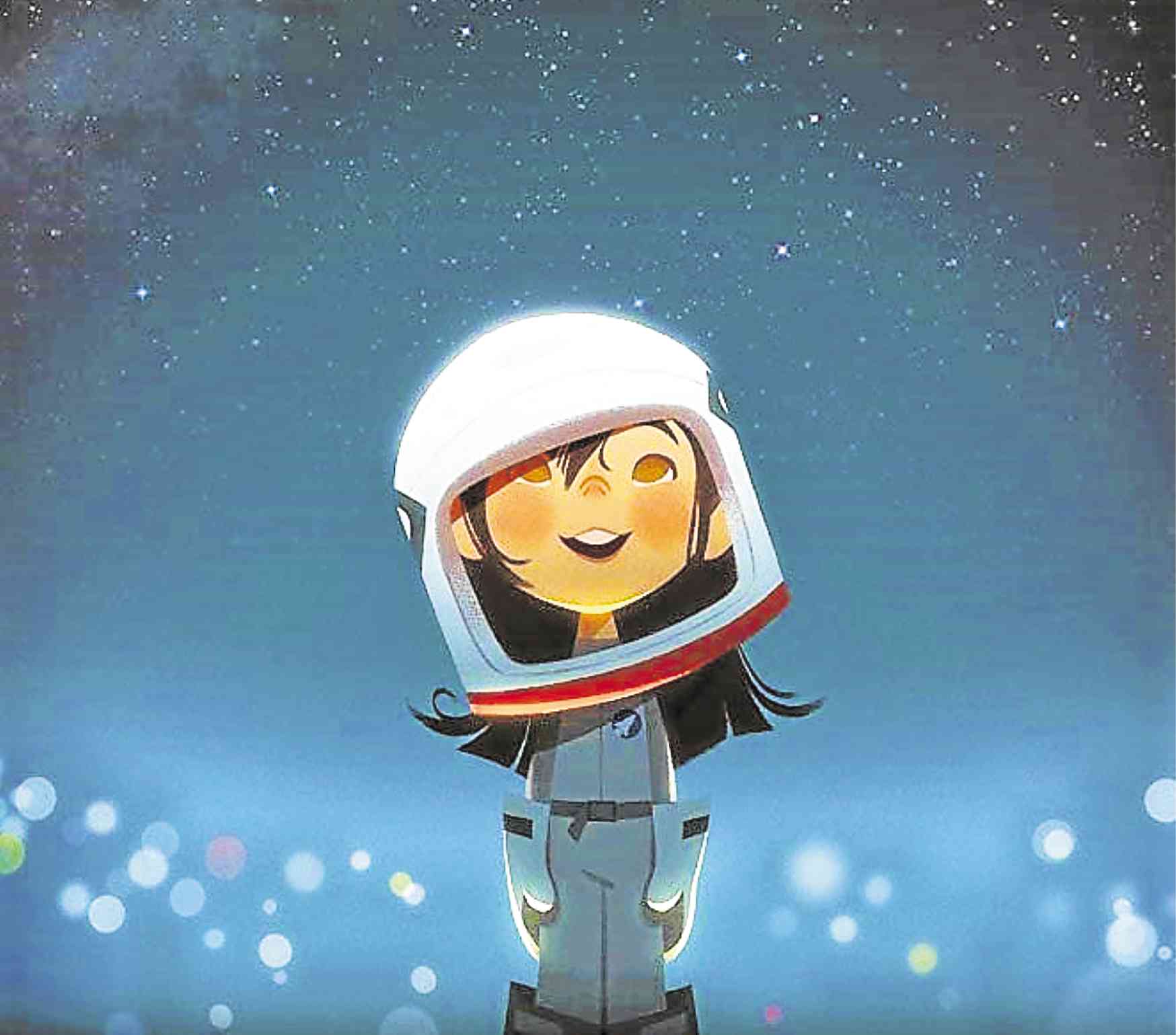 As you wrote in your Facebook post, you risked embarrassment by posting a video of your reaction a few seconds before, during and after the nominations in your category were announced. Your hands were clasped over your mouth, then you screamed, dropped on the floor and wept. Many years from now, what do you think will you remember most from that moment? My girlfriend Jessica (Chandra) and I woke up at 5 a.m. to watch the nominee announcements live. She started recording me and when they announced “One Small Step,” I screamed, jumped to the ground and probably woke up all in my apartment! That was such an unbelievable moment, and I don’t think I’ll ever forget it.

How did “One Small Step” begin? What inspired the story? It began as a story that Trent Correy, one of my good friends, and I came up with together. In the beginning, it was inspired by an astronaut named Chris Hadfield, who wanted to be an astronaut ever since he was a kid. As he got older, every choice he made in life was directed toward making that goal happen.

We could very much relate to that idea of being inspired early on, and doing anything it takes to make our dreams come true.

What about your childhood that nurtured your artistry and passion for animation? As a single child, I had a lot of time to myself, so I’d spend all of it drawing. Saturday morning cartoons like “Muppet Babies” were my biggest escape. That show fueled a lot of creativity.

In what ways did your close relationship with your mom, Cossette Pandes Pontillas, inspire the story of a single parent and child? My mother came from the Philippines, joined the US Navy, and came to this country when she was a young woman. Out of high school, I wanted to follow in her footsteps, but she knew I loved to draw, and insisted on me doing something with that, instead. She signed me up for art school and became my biggest cheerleader.

After years of trying, I finally got my first job in animation and all I could think of was her. Just like in our film, ours was a story of a single child who had a dream, and a single parent who supported him every way she knew how.

What was your collaboration with Andrew Chesworth like? Andrew (nicknamed “Ches”) is one of those rare artists who could seemingly do everything. He can draw, write, animate and has a stellar ear for music. During production, we naturally gravitated toward what we were strongest at, but he worked on every part of the process. 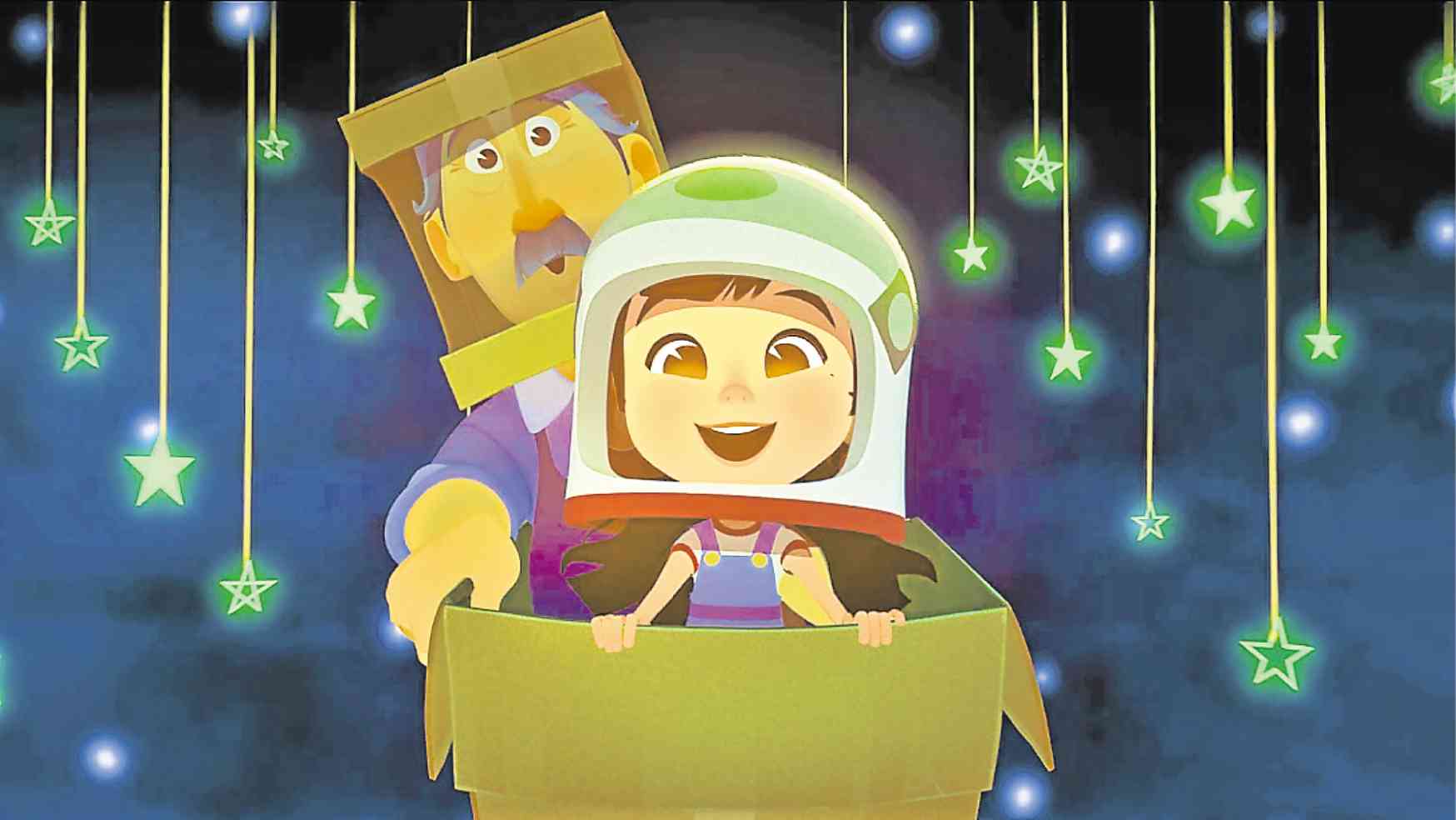 How did you assemble the talents who helped you make the film? When our CEO Shaofu Zhang founded Taiko, he called on a few artists he worked well with at Disney to join him in this crazy adventure. Soon after, he put together a team of talented artists in our sister studio in Wuhan, China. Between them and our crew in Los Angeles, about 26 people took 13 months to finish the film.

How did your mom react when she saw the film? It was an emotional experience for her. She flew down from Seattle for a Los Angeles premiere. I hope I made her proud.

When did you realize that you’ve made a film that could be embraced by many people? Early on, we screened a rough cut of the film to another artist friend, Genevieve, whose opinion we respected. She was in tears.  It almost caught us off-guard. That encouraged us that we might have something special, and we were motivated to finish the film.

Which films that you worked on are your personal favorites? The one that stands out is “Moana.” Working on it, I pulled a lot of inspiration from my family back in the Philippines. It was really cool to see characters who looked like me onscreen.

Were you already dreaming of going into animation as a career when you were in high school in Washington? Not yet in high school. Back then, I loved to draw, but I didn’t know what career to do it with. Until I saw Disney’s “Tarzan”—I was blown away by the work of Glen Keane. I knew then that this is what I wanted to do with my life, and Disney was my dream.

What was your journey like from The Art Institute of Seattle to your move to Los Angeles? It was a long journey to get to Disney, but I learned so much. Graduating from art school, I started working in the games industry for companies like Hulabee, Gas Powered Games and ArenaNet. I took online classes at Animation Mentor for two years with the hopes of transitioning into film.

I finally had that opportunity when Blue Sky Studios in Connecticut took a chance on me. I had an amazing two years there before moving to Los Angeles to work at Disney. So, from art school, it took me 11 years to reach my dream.

What led you and your fellow animators to cofound Taiko Studios? We wanted to tell our own stories that are inspired by, and speak to, East and West cultures. When Shaofu told me that he was starting his own studio and asked me to join, I jumped right in because I’ve always loved the risk and excitement of trying something new.

Have you visited the Philippines? If yes, what do you enjoy most when you’re there? Yes! I’ve been to the Philippines many times over the years. My family is from Nabua, Camarines Sur. I love seeing my cousins grow up. I’m also inspired by how people live there. Family and community are such a huge part of their lives. I also enjoy buckets of Chickenjoy, of course.

What are you looking forward to at the Oscar nominees luncheon on Feb. 4? I’ll be honest and say, I’ll be pretty starstruck! But after I settle down, I’ll just be excited to celebrate with some of the world’s best filmmakers. What an honor!

And on the big day itself, on Feb. 24, what are you excited about? This will be my first time at the Oscars, and other than the ceremony itself, which I’m sure will be a memorable one, I hope our loved ones and teammates will be able to join us. I’d love to share this experience with them.

Are you working on your next film? Or if not yet, do you already have an idea for your follow-up to “One Small Step”? Right now at Taiko, we’re developing our next exciting projects for various platforms, but we aren’t ready to announce anything just yet. It should be an exciting year!

TAGS: Bobby Pontillas, One Small Step, Only In Hollywood