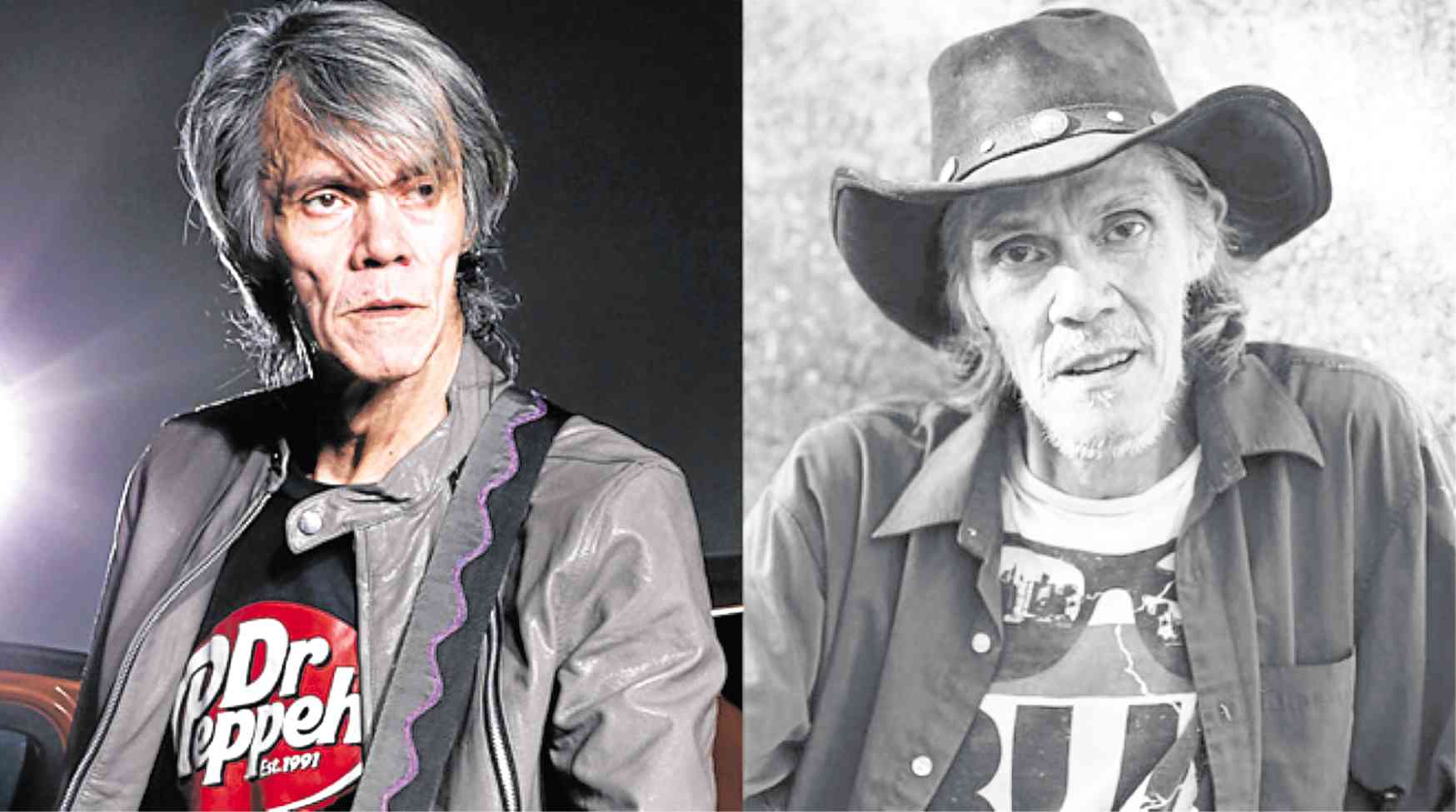 After embodying the rock ‘n’ roll lifestyle for more than 50 years, Joey “Pepe” Smith of the trailblazing Filipino rock band Juan de la Cruz (JDLC), admitted that age had finally begun to catch up with him.

“I’m getting kind of tired,” he said in a chat one October afternoon in 2017—our last with the recently departed artist—on the sidelines of a press conference for “Full Blast: Pinoy Super Bands,” a festival that gathered some of the country’s most well-loved rock acts.

“I’m no professional actor, but perhaps I can do some more acting,” added Smith, who had starred in the indie films “Above the Clouds” (2014) and “Singing in Graveyards” (2016). “I want to try something else.”

But before we could ask if the prospect of retirement was already in the offing, Smith had already stressed that he only wanted to take a “break”—and even that was still a “big maybe.”

“I will continue to play music as long as I can. This is my life, after all,” he said, adding that despite feeling that he was wronged several times throughout his career—may it be about royalties or dubious project deals—he remained thankful that he was still able to do what he loved.

“Other musicians aren’t as lucky,” pointed out the lanky singer-songwriter, guitarist and drummer. “Kawawa sila.”

Smith had already suffered two strokes then—the first one in 2015; the second one, two months before this media event. While his speech was slurred and, at times, almost unintelligible, his cracking humor still shone through.

During the question and answer session, he and his fellow musicians were asked about their thoughts on people who associate rock ‘n’ roll with drugs and other vices.

“You can rock and roll without drugs. You don’t need that to enjoy yourselves. They’re dangerous and harmful to our body,” Smith said, standing up and getting everyone’s attention. “And, not to mention, expensive … Kaya ibigay niyo na lang sa ‘kin!” laughter erupted.

Unfortunately, Smith’s health woes continued. He had another stroke just a month after. And in December last year, he underwent eye surgery.

But staying true to his words, he played on … until he no longer could.

On Monday, Jan. 28, reports broke online that Smith, who was born to a US serviceman father and a Filipino mother, succumbed to cardiac arrest, after being rushed to the hospital. He was 71.

Queenie Smith, the eldest of Smith’s five children, confirmed the news to the Inquirer.

“Pepe was loved by many and will be sorely missed. As he would say, ‘Rakenrol!’ said Queenie, who requested for “space and privacy” as the family “move through this difficult period.”

“I can’t post photos of my dad and say my goodbyes just yet … I don’t know what I’m feeling right now,” she posted on Facebook later on.

Wally Gonzalez, the founding guitarist of JDLC, said he would remember Smith as “a good person.” “Of course, it’s a known fact that Juan de la Cruz, together with Pepe, started Pinoy rock. But he was also a kind person; he didn’t have enemies. Siya pa ang naapi, nalalamangan, naloloko,” he told the Inquirer.

JDLC bassist Mike Hanopol, meanwhile, looked back on the band’s last performance on Dec. 22—just three days before Smith’s 71st birthday. “Life together with Pepe is like a movie full of action, sad stories or drama,” he said.

Together, the three musicians pioneered in the 1970s what is now known as Pinoy rock, earning them the distinction of being the fathers of the movement. In 1973, the band released the landmark album “Himig Natin,” which spawned the title track that went on to become one of the anthems of that generation’s rock and underground scene.

Aside from “Himig,” JDLC also churned out such classic hits as “Beep Beep,” “Balong Malalim,” “Titser’s Enemy No. 1,” “Kahit Anong Mangyari” and “No Touch.”

“Pepe was one of the staunchest proponents [of Pinoy rock]. He opened the doors that led music artists and the youth of our generation toward creating music that we can call our own, to the tune of Filipino rock ‘n’ roll,” Fabunan told the Inquirer.

“Pepe and I are good friends. It had been a long time since our time in Olongapo City (where Smith used to play regular gigs), but we had never forgotten each other,” added Maria Cafra drummer Rolly Averilla. “He helped influence the Filipino people to love our own music.”

But before joining JDLC in 1970, Smith was already making a name for himself as the drummer of The Downbeats, which opened for The Beatles in the Fab Four’s concert at the Rizal Memorial Stadium in 1966.

Musician-entrepreneur Ramon “RJ” Jacinto, the founder of the radio station dzRJ, reminisced about Smith’s time with The Downbeats, and how he “heavily supported” him in promoting Pinoy rock.

“Pepe and I go way back in the 1960s, when he used to play Mick Jagger songs. He had always credited dzRJ—which coined the term ‘Pinoy rock’—as his favorite radio station. I remember Pepe and other legendary acts playing on two flatbed trucks on the parking lot of the Sta. Mesa building that housed dzRJ,” he told the Inquirer.

“Pepe had no meanness in his heart … a true rock icon who lived the life. We helped each other carry the rock ‘n’ roll banner through the past decades,” added Jacinto, who’s currently presidential adviser on economic affairs and information technology communications.

“I will miss him. Thank you, Pepe. Happy rockin’ in heaven!” he said.