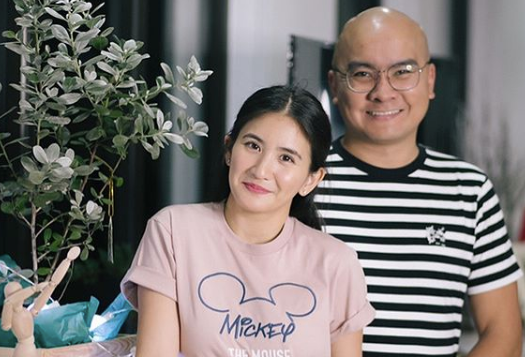 Rica Peralejo looked back on her adventures with husband, Christian pastor Joseph Bonifacio, to celebrate their ninth wedding anniversary.

The former actress enumerated in an Instagram post today, Jan. 30, how their journey together as husband and wife has so far spanned having three cars and four houses, riding several planes and trains to get to their destinations, and having four children — “1 on earth, 1 in tummy and 2 with Jesus” — all of which have been possible only because “God chose the one and only person” for her.

“… And still, so much can’t be quantified in this marriage,” Peralejo said. “Too many things in between where God and God alone was able to bring us through each and every season.”

“All these years, all the joys and pains, but you are the only perfect person to share them with,” she gushed about Bonifacio.

Meanwhile, Bonifacio also expressed how grateful he was for being married to “his best friend,” adding, “This has only been possible by God’s grace.”

He explained that what makes their marriage special is that it is about making “a covenant before God and with your spouse to stay together amidst challenges, trying times, major fights, and hair loss,” with the last line a joke about him going bald.

The two have one son, Philip, born in 2014. Peralejo is currently four months pregnant with their second child, after suffering two miscarriages, in 2016 and 2017. JB