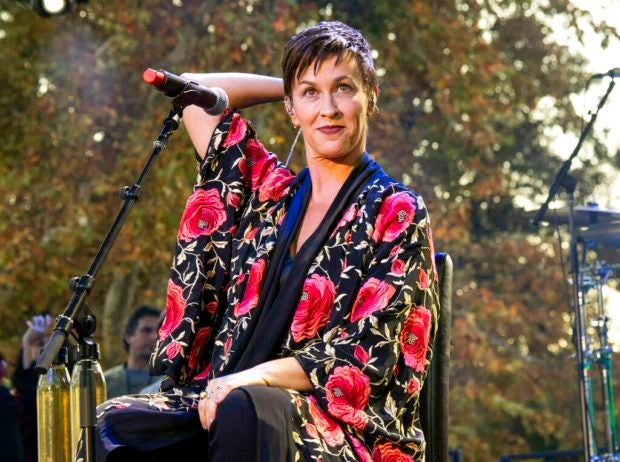 FILE – In this Dec. 2, 2018 file photo, Alanis Morissette appears at One Love Malibu in Calabasas, Calif. Morissette has allowed songs from her 1995 breakthrough album “Jagged Little Pill” to be used in a new musical and producers plan to land it on Broadway this fall. Image: Amy Harris/Invision/AP, File

The singer-songwriter has allowed songs from her 1995 breakthrough album “Jagged Little Pill” to be used in a new musical and producers plan to land it on Broadway this fall. “You Oughta Know” was a song on that Grammy-winning album.

Morissette wrote the album with Glen Ballard, who collaborated with Dave Stewart of the Eurythmics on the music for “Ghost: The Musical.”

Morissette joins a glut of pop and rock stars to try their hand at Broadway, including Bruce Springsteen, Sting, The Go-Go’s, Sara Bareilles, Billy Joel and Cyndi Lauper. MKH