In a recent post on the Instagram page @mychosdotcom, Soberano and Gil were seen awaiting their flight.

Soberano donned a simple black and white outfit while his co-star, Gil, looked comfortable with a black pull over and jeans as well as a light pink cap.

Gil also shared an Instagram story taken while they were onboard the plane bound for the Big Apple. 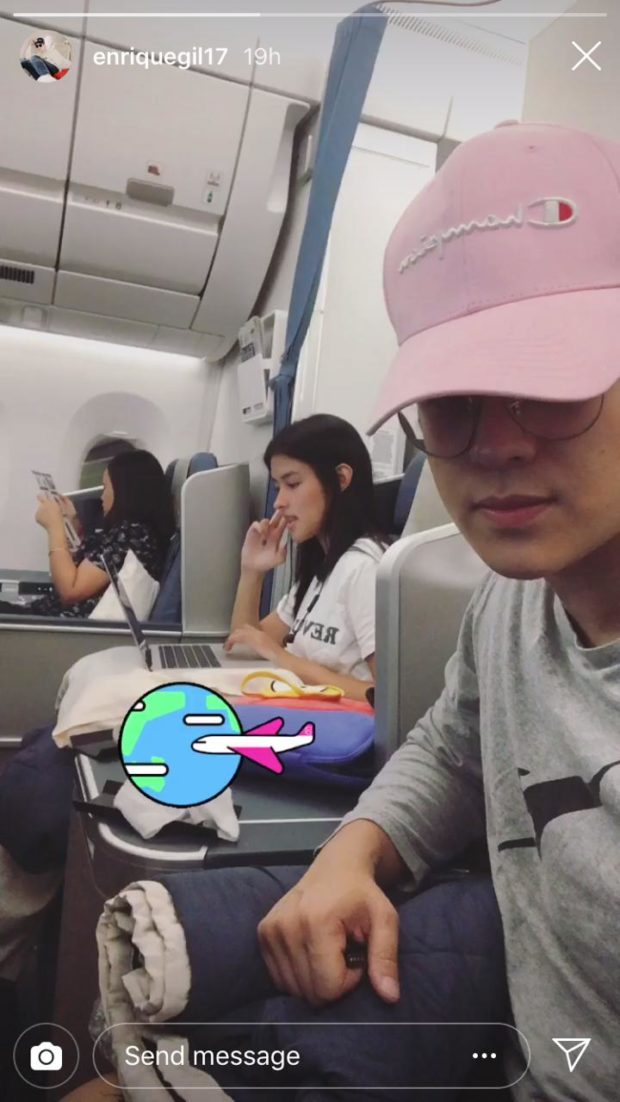 The teaser for the film, which both intrigued and excited netizens, was released on January 20.

The movie, written and directed by Antoinette Jadaone, follows the love story of Christine (Soberano) and Raf (Gil).

“Alone/Together” marks the love team’s return to the big screen after their blockbuster hit “My Ex and Whys” in 2017.

The film is set to open in cinemas on February 13. /ee