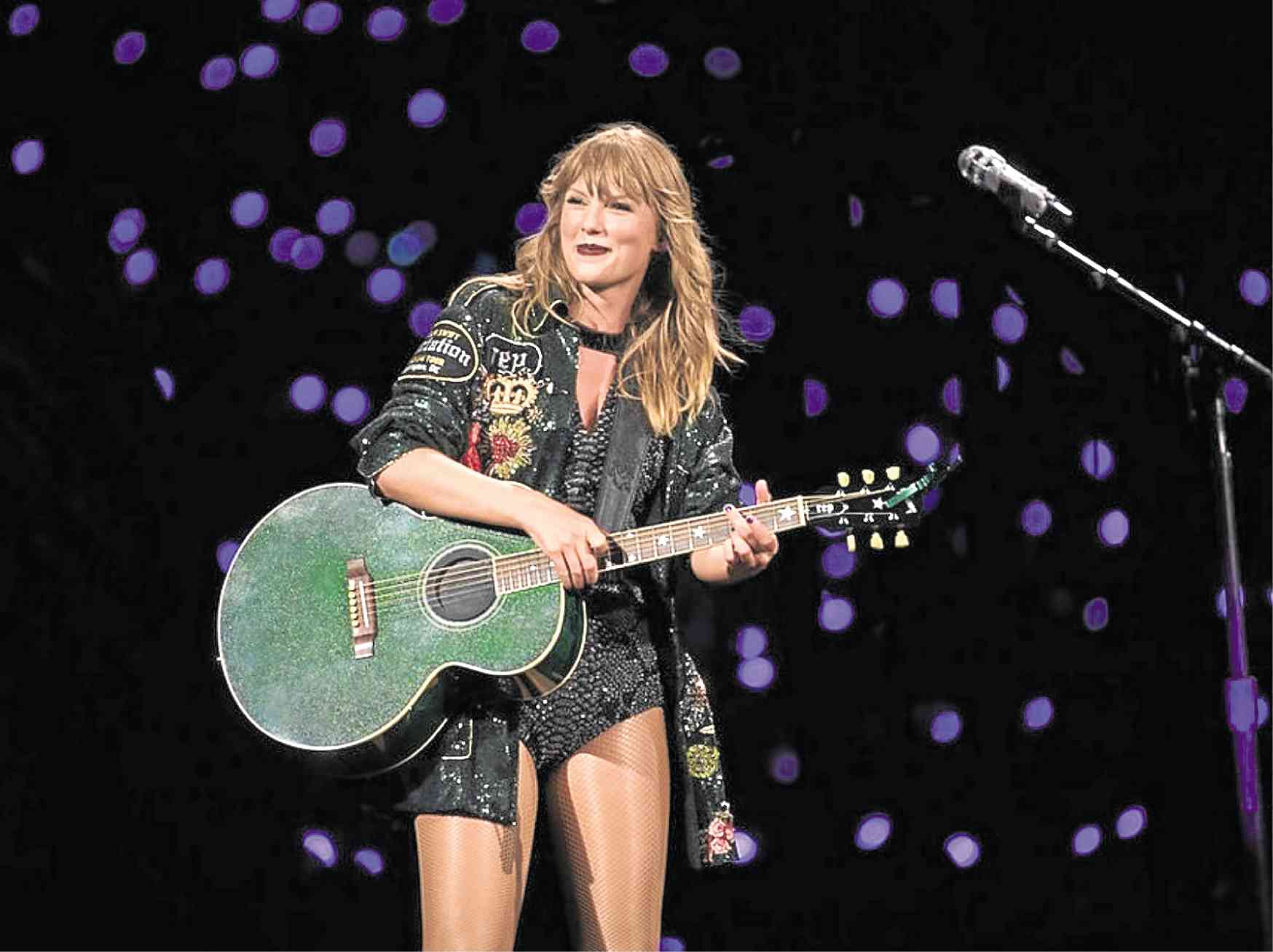 The pop star talks about the fan-favorite song “All Too Well.”

Pop star Taylor Swift’s musical growth is showcased in the Netflix special “Taylor Swift: Reputation Stadium Tour,” which is rife with songs and imagery from the last couple of years, her shrewd art-making still inspired by her reactions to the chaos in her life.

But, as we all know by now, the artist has the Midas touch when it comes to dealing with heartbreak and feuds: She, in grand fashion, makes lemonade out of lemons, and the “Reputation” tour, in support of her latest album of the same title, exemplifies her shrewdness, her tried and true “revenge-as-art” sensibilities.

Her complicated 2016 tiff with Kanye West and Kim Kardashian regarding the brouhaha surrounding his “Famous” lyrics led to the flooding of Swift’s social media pages by trolls’ snake emojis.

The pop superstar later turned the snake symbol into an integral part of her next album, merchandise and even her concerts—and that motif is prominently featured in the huge, imposing sculptures of serpentine figures in her “Reputation Stadium Tour” stage. 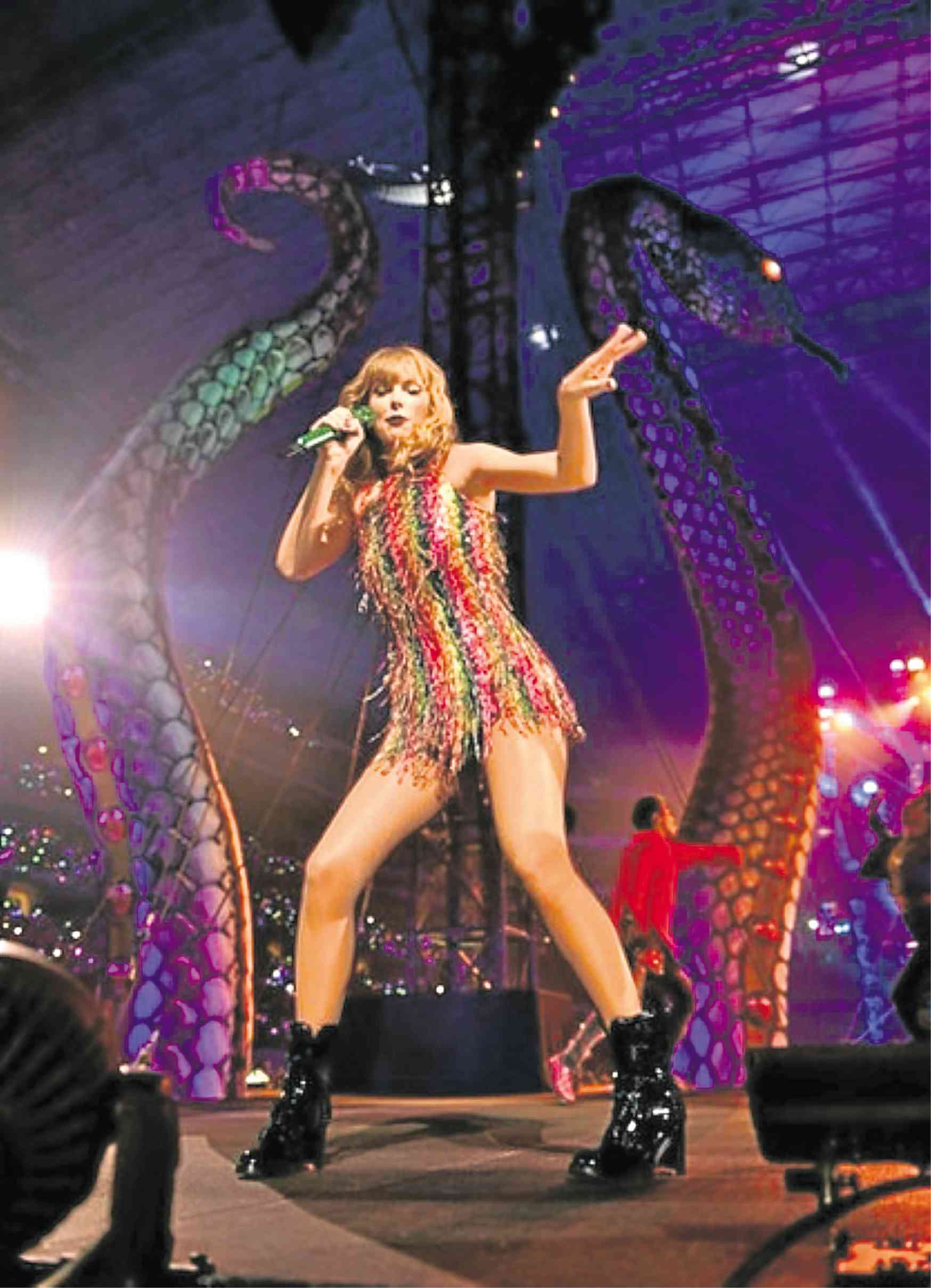 Taylor Swift performing “Shake It Off” on her snake-themed stage

The final show of her US tour begins with recharged, battle-ready numbers, starting with “…Ready for It?” and immediately followed by “I Did Something Bad,” referencing her thoughts on her often-maligned rep, while clad in shimmery outfits and skin-colored fishnets. She’s not the sweet, shy girl like early in her career anymore, that’s for sure.

Interspersing her slow-mo shots and audience scenes with her onstage performances, the Dallas, Texas, concert gives us a good picture of how the artist continues to evolve.

She’s aided by an energetic troupe of young, mostly attractive dancers, and backup singers who lift her up vocally—she’s not the greatest singer, and she knows that. It’s a team effort, through and through.

Swift dances—not all throughout her songs, but at certain points—gyrating, thrusting or gesturing in coordination with some of her dancers’ sexy moves.

She mentions that the tour is, almost always, packed with happy fans who not only sing along with her, but scream the lyrics during her performances, as well. The singer has always been good with hooks, catchy melodies and juicy stories—which often reflect details from her private life.

With only a guitar and sans backup, she emotively performs “Dancing With Our Hands Tied,” but it’s the next song from her “Red” album, “All Too Well,” that really inspires a hearty singalong. Swift explains that it means two things to her now—initially, it was a cathartic song (some say, about her breakup with actor Jake Gyllenhaal), but it became something that fans found relatable in different ways.

Just as stripped down and lovely is a mashup of her old song, “Long Live,” and “New Year’s Day.” Singing about winning a competition as a teenager, then eventually segueing to a grown-up love song, Swift plays the piano, her optimism and confidence practically coruscating in those few but seemingly endless minutes.

Also appearing are guest artists Camila Cabello and Charli XCX, who team up with Swift for a more playful, “girl power” rendition of “Shake It Off.”

The two-hour show ends with a positively enthralling medley of “We are Never Ever Getting Back Together” and “This is Why We Can’t Have Nice Things.” The cheer dancing cadence of both songs and Swift’s melange of imagery cap off a night of creative energy and release.