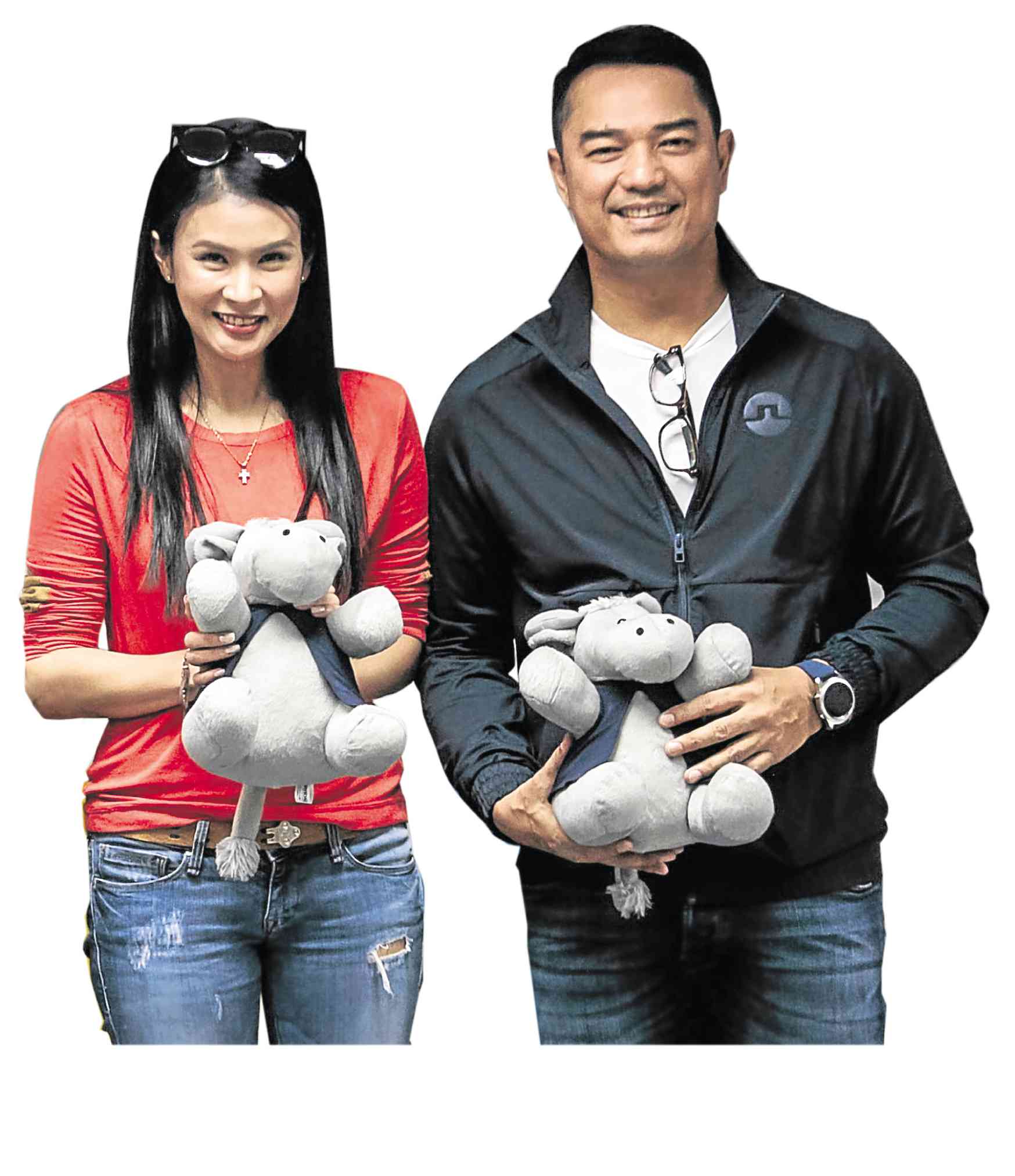 “We’re like boyfriend and girlfriend all over again,” declared actress Gelli de Belen who is experiencing what is called the empty nest syndrome.

The couple’s two sons, Joaquin and Julio, flew to Canada last year to continue their studies there; and Gelli admitted she has been experiencing separation anxiety ever since.

“Because the children are away, we’ve become closer. We’ve rebonded in a different way,” her husband Ariel Rivera told the Inquirer. “When I’m abroad for concerts, I’d miss her and would always want to go home immediately; or when I know she’d be taping till 2 a.m., I’d always ask her, ‘Ilang eksena ka pa?’”

“When the boys were still here, I was preoccupied with taking care of them. I’m more focused on Ariel now,” shared Gelli. “These days, we’re together all the time, even at the gym. He has become my gym buddy!”

The couple, who have been married since 1997, admit to going through a difficult time. “I would cry all the time when we talk to the boys, but I try not to show them,” said Gelli. “I would sometimes go to the bathroom and cry there. For me, it’s better not to let them know because although they will not show it, I’m sure they’re also having a hard time coping with their situation. They will likely face challenges there that will be more difficult for them to surpass because we’re not with them.”

“Acceptance is the key,” the actress added. “I keep myself busy.”

What’s more important, according to Ariel, is that the boys are doing well in school. “They also said they’re enjoying their stay there and are making new friends. Last time we spoke to them, they said they were enjoying school, which was a first! When they were in school here it was as if they didn’t like it. They were always whining,” he observed.

Gelli and Ariel are currently promoting “Ang Sikreto ng Piso,” the film they did together after 21 years. They first worked in the dramatic film “Ikaw Pala ang Mahal Ko,” released in 1997.

“It felt weird to work with him again,” said Gelli. “I had to overcome that cringy feeling while we were doing our scenes together. You see, Ariel is so sweet and cheesy in the movie. He’s very different in real life.”

Ariel then pointed out that for a long time, he had been looking for a project “that’s light and easy, but I’m always given heavy drama. This is a good change for me.” “Hence,” added Gelli, “it felt really weird for me.”

“I’ve worked with some of these comedians before, so I didn’t have to adjust much,” said Ariel. “Besides, my wife is funny, even off-cam. She’s so funny when she throws punchlines, especially when you’re not used to her doing it.”

Last weekend, the couple read to some 70 children during this month’s session of Inquirer Read-Along. Ariel, who became a storyteller for the first time, admitted to being very nervous.

“I had a problem reading Tagalog, but I’ve always loved kids and enjoyed playing with them,” he declared.

Gelli said she was a bit worried that the children, ages 7 to 12, might not understand the story since it was quite lengthy.

“But I was surprised that they answered our questions correctly … I didn’t have a hard time reading with Ariel, inalalayan namin ang isa’t isa,” she said.

Ariel said the key to having a successful 21-year marriage with Gelli is respect. “What’s important is that you can’t be selfish. My first consideration is my wife, not myself. It’s not what I want to eat, but what she wants to eat unless gutom na ako,” he said, laughing.