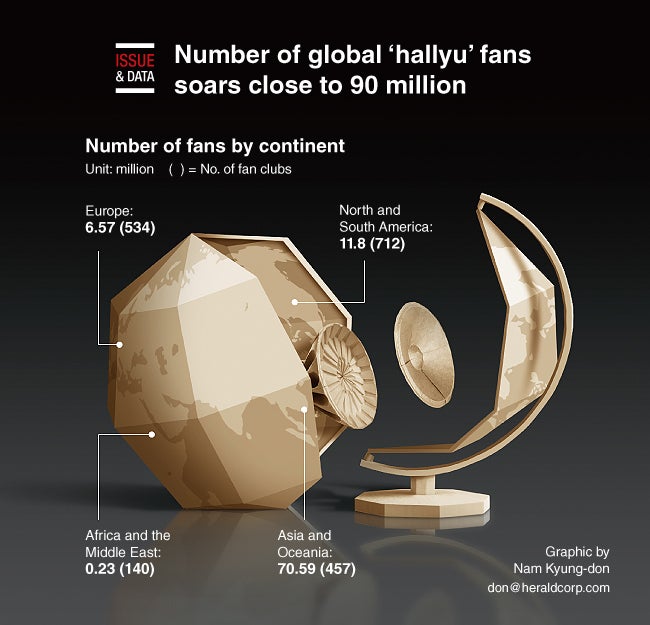 SEOUL — The number of dedicated global fans of “hallyu,” or the Korean Wave, is estimated to have surged to about 90 million at the end of last year, a government-affiliated foundation said.

The Korea Foundation said in a report that there were 1,843 hallyu fan clubs in 113 countries worldwide, excluding South Korea, as of December 2018.

The global hallyu fan clubs had a total of 89.19 million members, marking a surge of 22 percent, or 16.07 million, from 73.12 million in 2017, said the foundation, which is affiliated with the Foreign Ministry.