Star of the upcoming ‘The Sopranos’ prequel reveals details 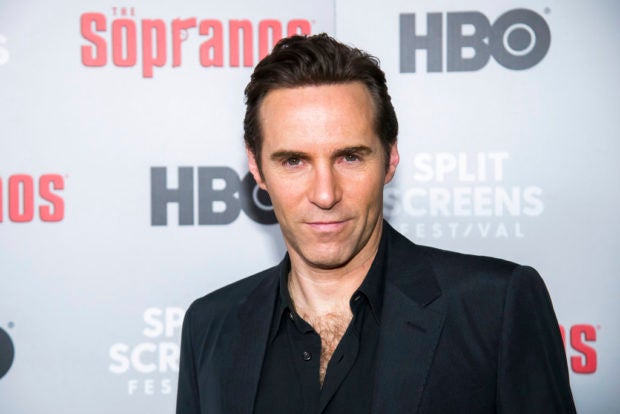 NEW YORK — The star of the upcoming “The Sopranos” prequel says a young Tony Soprano will be a part of the film — but had good reason to be careful about how much else he revealed about “The Many Saints of Newark.”

Alessandro Nivola talked to The Associated Press about the project on the red carpet Wednesday before a panel discussion led by creator David Chase to celebrate the 20th anniversary of “The Sopranos” in New York.

“I guess I got to be kind of discreet about it, so David Chase doesn’t kill me,” Nivola said. “I’m playing Dickie Moltisanti, who is the central character in the movie, and he is Christopher Moltisanti’s dad.”

Christopher Moltisanti, who was played by Michael Imperioli in the series, was a protege of Tony Soprano, the New Jersey mob boss portrayed by James Gandolfini.

Though the elder Moltisanti never appeared in the series, he is often mentioned as part of Christopher’s backstory. The father was gunned down when Christopher was young and Nivola said the film will explore the interlocking history of Dickie Moltisanti and Soprano.

“Tony will be a character in the film, and as was mentioned throughout ‘The Sopranos’ series, my character was an important person in his life, and it examines that relationship as well,” Nivola said.

The film begins in 1967 with the backdrop of the race riots that tore through Newark, New Jersey. Nivola said racial tension is “a big part of the story.”

Nivola cited “weird coincidences” that told him this role was meant for him, including the fact that his real-life neighbor is Tim Van Patten, who directed many episodes of “The Sopranos.”

Another coincidence connects his own family to the show: An episode in the second season shows Soprano visiting Naples, Italy, and in one of the scenes, just over Gandolfini’s shoulder, is seen a sculpture — made by Nivola’s grandfather, the artist Costantino Nivola. “So it was meant to be or something,” Alessandro Nivola said.

“So, I got a little time to hang out in social clubs before then,” Nivola joked. MKH

TAGS: “The Sopranos”, Alessandro Nivola, Christopher Moltisanti, HBO, The Many Saints of Newark