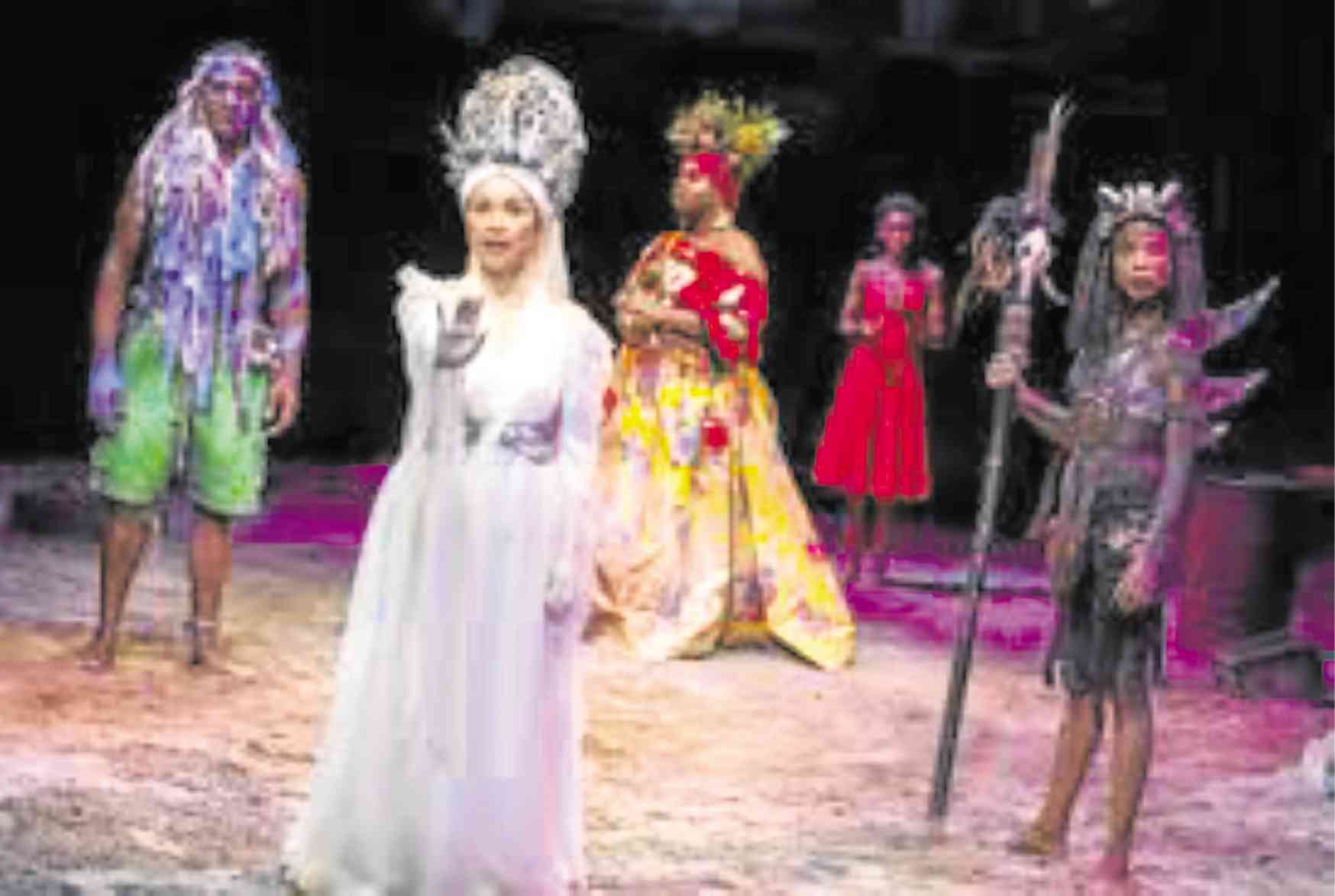 “Once on This Island”

It’s now the night before our last full day of performances of “Once on This Island” on Broadway, and I haven’t figured out all my feelings just yet. In June last year, I said my goodbyes to the show, not anticipating that I’d be back. Yet, here I am in the middle of a New York winter about to close this jewel of a show with my “Island” family.

It seems almost providential that I’m here at all. My last engagement was scheduled for Dec. 20, after which I’d just be enjoying the rest of the Christmas season doing next to nothing before our scheduled vacation in mid-January. My calendar was completely free and quiet … until my manager Josh Pultz started sending texts that seemed very urgent.

Michelle Williams (of Destiny’s Child) had joined the company as Erzulie, and had performed the show for around a week. However, her doctors had advised her to take a leave, which meant leaving the “Island” for good.

“Once on This Island’s” producers then gave Josh a call, then Josh texted me to check my schedule.

All I wanted was to spend Christmas Eve with my family, then I’d be free to go. The publicity office then made the announcement, but not before I started texting my friends in the show to let them know what was happening.

On the evening of Dec. 25, I was on a Philippine Airlines flight to New York City. On Dec. 26, I watched the matinee and reviewed my music afterwards. On the afternoon of Dec. 27, I had a put-in rehearsal in costume and makeup to reacquaint myself with staging, and that same night was my first performance back.

My body felt the effects immediately. I was in such awful shape that I felt like I got kicked in the heinie by just walking on the sand. My legs from my quads to my ankles were so sore, and singing while walking left me winded. It took around a week to get used to it all again. And now, right as the show is about to close, it feels like normal, like I never left at all.

Now, in the blink of an eye, I’m sitting in my living room the night before our closing day, reminiscing the process of putting up this show and performing it night after night in that very unique space, its demands on our bodies beyond what Broadway performers normally experience, and on the little family we’ve formed.

I remember receiving my script and score via e-mail from our production stage manager, Justin Scribner, and learning the intricate vocal orchestrations by AnnMarie Milazzo without context. And I remember the first time I sang the opening number with the full company, finally knowing how my voice would fit into this machine.

I can’t ever forget the first time I heard Kenita Miller, Phillip Boykin and Hailey Kilgore rehearse the song “Ti Moune,” and my body wracked in sobs, and the relief felt upon hearing the intro to “Mama Will Provide,” and hearing Alex Newell knock it out of the park … figuring out how to move, thanks to Camille Brown’s inspired choreography … and learning the Haitian accent from Dawn-Elin Fraser.

Meeting costume designer Clint Ramos wasn’t just a matter of two professionals getting to know one another, but immediately sensing something beyond what was familiar. This man was my compatriot, and it made me feel incredibly proud that I would be taken care of not only by a Tony winner, but a Tony winner from home.

Getting our feet on the sand surrounded by Dane Laffrey’s Haiti-inspired environment at Circle in the Square was a challenge, what with walking, singing and dancing on sand. My lungs were in shock at the beginning, and finding our marks was next to impossible.

However, as a company, we figured it all out, feeling nothing short of triumph whenever we landed on a spike and found ourselves properly lit by Peggy Eisenhauer and Jules Fisher’s lighting design.

And I’ll never forget the audiences.

They were generous, open, and exposed since they were merely inches away from us, not separated by an orchestra pit or an elevated stage. We got to interact … have short conversations … and, in my case, drape folks with a small mosquito net.

I’m shoring myself up for the inevitable floods of tears, whether from my own eyes or those of my fellow company members. We’ll have friends and family in the final two crowds. We’ll get two more chances to tell this beautiful story, and will do so as a family.

I’d better get myself a good night’s sleep. It’s going to be a very emotional day.

It’s now the morning after, and I’m about to board my flight home, taking away such fantastic memories of our closing.

Every dressing room had been stripped of their decorations by Sunday night. What once were bustling rooms adorned with colorful pillows and photo frames were now empty and bare.

Before the final performance, the entire company gathered for a big circle to express thanks to the incredible folks who made this production possible. Lynn Ahrens and Stephen Flaherty were given thanks for allowing Michael Arden to bring this production to life. Our dance captain T. Oliver Reid got a great round for the love he had for the show. We then got our half-hour call.

The audience was beyond generous. During the preshow, they applauded every company member giving each and every  number a standing ovation and prolonged applause, the longest and loudest of which was given to Alex Newell (Asaka). Hailey Kilgore (Ti Moune), who normally stays on the boat for the applause, jumped down in order to let Alex have a well-deserved solo bow.

At our curtain call, everyone who was involved in the creation of this production headed to the sand for congratulatory hugs. Once we left the theater, we headed to McHale’s and SoHo Park for the closing night party, to properly close the door on what has been a beautiful experience for all of us.

Thank you, “Once on This Island.” My life will be changed forever. To borrow a line from “Wicked,” the show’s next-door “neighbor” at the Gershwin Theatre, I have been changed for good.

TAGS: Backstory, Broadway, Once on This Island