Lawmaker pushes for BTS to hold concert in North Korea 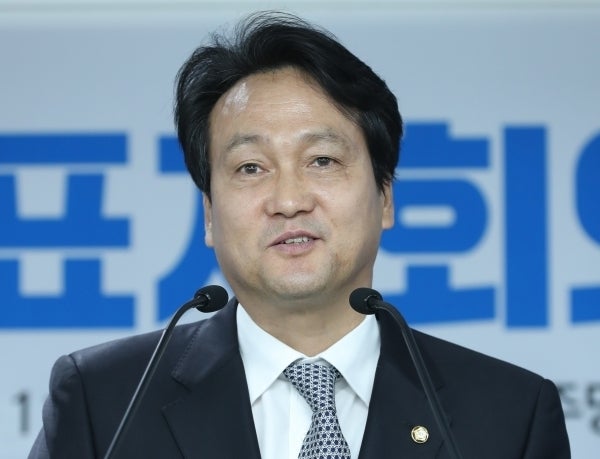 Rep. Ahn Min-seok of the ruling Democratic Party Yonhap via The Korea Herald

SEOUL — Rep. Ahn Min-seok of the ruling Democratic Party of Korea said Wednesday he has requested K-pop sensation BTS hold a concert in North Korea in September in celebration of the first anniversary of last year’s inter-Korean summit.

Ahn currently leads the National Assembly Committee on Culture, Sports and Tourism and serves as head of the Democratic Party’s special committee on inter-Korean cultural and sports cooperation.

Ahn has been pushing for BTS’ concert in North Korea since last September amid criticism from BTS’ fan club for using the top idol group for political benefits.

“I inquired with BTS’ agency at the end of last year if it would be possible to adjust the band’s schedule for a concert,” Ahn said.

Ahn added he hopes the renovation of the Rungrado May Day stadium would be completed before the envisioned concert and that performers may have to stay at tents set up along Daedong River.

If the concert is realized, it would take place at the Pyongyang stadium where South Korean President Moon Jae-in gave a speech to 150,000 in attendance last September.

In a radio interview in November last year, Ahn highlighted the need to “make efforts for mental and cultural unification ahead of a political one” and shared his plan to push for BTS’ Pyongyang concert.

Such remarks were instantly met with harsh criticism from BTS’ “Army” fan club as an “authoritarian plan” that exploits the boy band for political benefit.