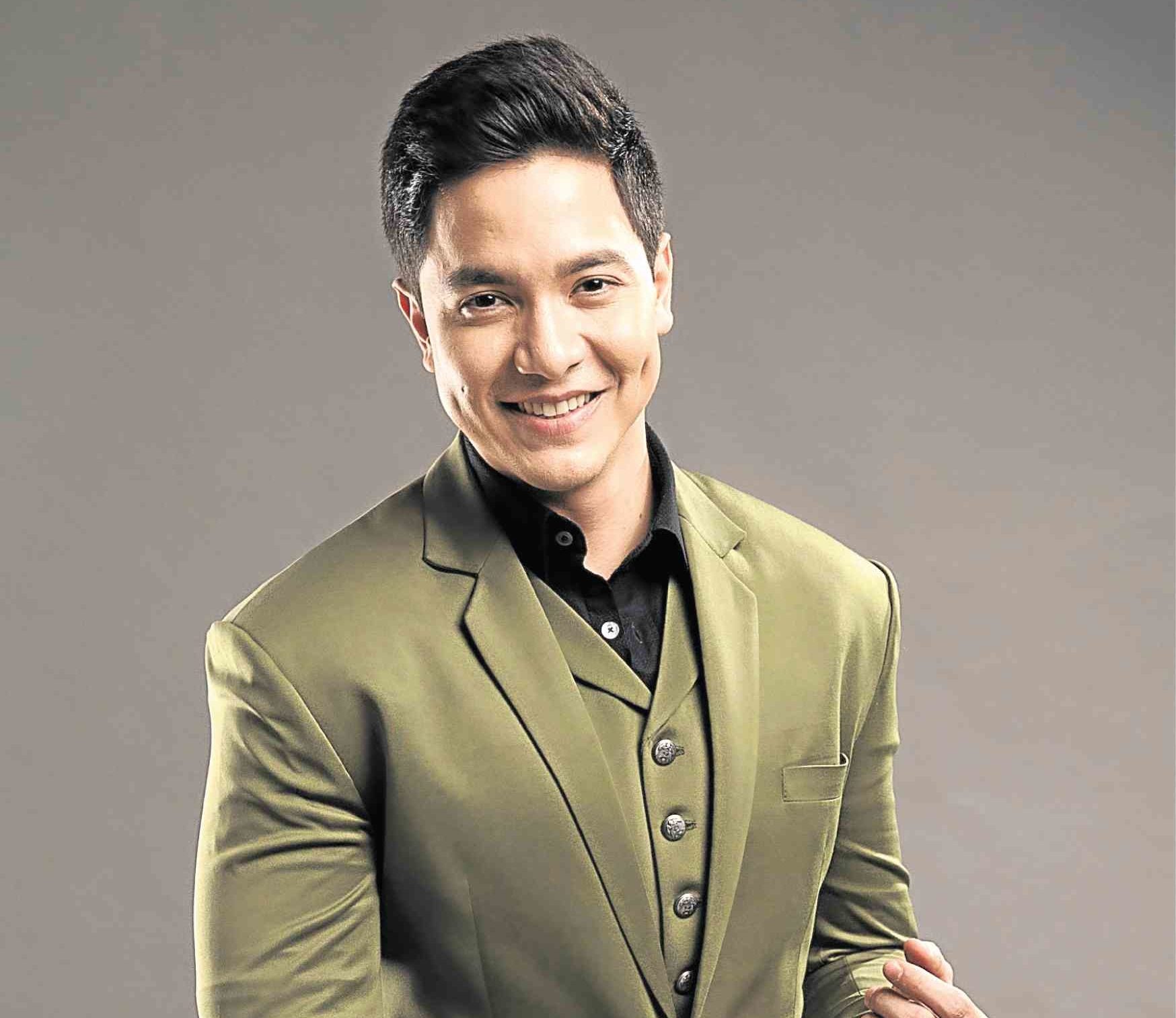 As ironic as it may sound, Alden Richards and Maine Mendoza have actually become “closer” to each other, now that they’re pursuing projects outside of their “AlDub” love team.

“I think going our separate ways temporarily has somehow helped us, because we have learned a lot as individuals,” he told reporters at a recent thanksgiving lunch he hosted for the entertainment press. “We have also matured a lot. I’m on my eighth year in show biz; she’s been here for almost four.”

He described his relationship with Maine at the moment as “OK—sobra.” “We’re closer this time around, more open,” Alden said. “I’m not one to ask, or I don’t mean to intrude into her life, but if she has something personal to share with me, I’m willing to listen.”

Asked by the Inquirer if he thought their better offscreen rapport could be attributed to the fact that there’s less pressure now surrounding their tandem, the GMA 7 star said: “Yes, we’re more relaxed and happier.”

While there’s no concrete plans at the moment, Alden said he was hopeful that the two of them would get to work again soon, whether for a television series or movie. “I’m glad that fans are rooting for us, regardless of the directions our careers are taking,” he said.

“I feel like she’s eager to do more acting projects in the future, because she got a lot of good reviews for her performance in her Metro Manila Film Fest entry (‘Jack Em Popoy: The Puliscredibles’),” he said of Maine, who apparently also inspired him to get his own McDonald’s franchise.

Alden’s branch, located in Biñan, Laguna, is set to open, tentatively, on Easter Sunday. He’s the owner-operator; her sister, the manager.

“Maine was one of the people who gave me the idea, because they also have their own, which is also managed by her sister,” Alden related. “This is a dream come true for me … It didn’t sink in until I saw the ‘soon to open’ sign at the construction site.”

For 2019, Alden, who turned 27 on Jan. 2, will continue to appear in the noontime show “Eat Bulaga!” and the weekly live-comedy show “Sunday Pinasaya.” He will also do a soap opera in the third quarter of the year.

Is he open to being paired with other actresses? Given the chance, he would like to work with Heart Evangelista. But that’s up to the network, he said. “I’m not choosy when it comes to work—I accept whatever’s given to me,” stressed the actor, who denied that he will star in the local adaptation of the popular Korean drama, “Descendants of the Sun.”

Alden has also been getting pitches for prospective films. “There’s a romantic comedy and a horror flick. But I’m weighing my options,” Alden related. “If I could have it my way, I would love to do a dark drama or essay a role similar to the one I had in ‘The Road’ (a 2011 horror crime drama). I want to give my fans something different.”

But aside from having more projects, Alden has another wish for this year: a love life.

“I want someone who’s understanding and can be supportive of what I do. She could be nonshow biz or from show biz … Looks are just a bonus,” he said. “I don’t have a girlfriend right now, but you will know about it when I find one.”

For the longest time, Alden has been working with the goal of providing his family a comfortable life. “I’m very happy because I can now take my family abroad. I can secure their future, which is getting clearer by the day,” he said. “Soon, I can start prioritizing myself.”