Netflix and chill no more: Streaming is getting complicated 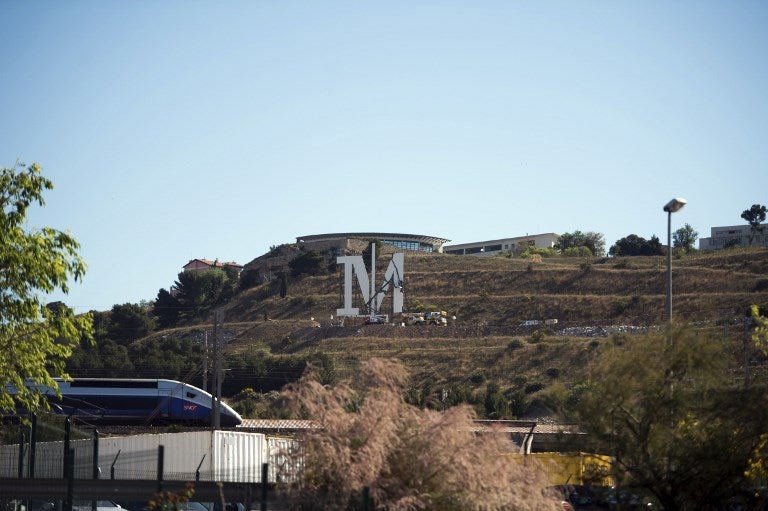 In this file photo taken on May 4, 2016, technicians set up on the side of a hill the first large letter in the title of a series called ‘Marseille’ to be broadcast in the near future by the streaming video giant Netflix. Disney and WarnerMedia are each launching their own streaming services in 2019 in a challenge to Netflix’s dominance. AFP

Streaming TV may never again be as simple, or as affordable, as it is now.

Disney and WarnerMedia are each launching their own streaming services in 2019 in a challenge to Netflix’s dominance. Netflix viewers will no longer be able to watch hit movies such as “Black Panther” or “Moana,” which will soon reside on Disney’s subscription service. WarnerMedia, a unit of AT&T, will also soon have its own service to showcase its library of blockbuster films and HBO series.

Families will have to decide between paying more each month or losing access to some of their favorite dramas, comedies, musicals and action flicks.

“There’s definitely a lot of change coming,” said Paul Verna at eMarketer, a digital research company. “People will have more choices of what to stream, but at the same time the market is already fragmented and intimidating and it is only going to get more so.”

Media companies are seeking to capitalize on the popularity and profitability of streaming. But by fragmenting the market, they’re also narrowing the once wide selection that fueled the rise of internet-based video. About 55 percent of U.S. households now subscribe to paid streaming video services, up from just 10 percent in 2009, according to research firm Deloitte.

Just as Netflix, Hulu and Amazon Prime tempted people to “cut the cord” by canceling traditional cable TV packages, the newer services are looking to dismember those more-inclusive options.

Disney Plus is set to launch late next year with new Marvel and Star Wars programming, along with its library of animated and live-action movies and shows. It hasn’t announced pricing yet, but Disney CEO Bob Iger said in an August call with analysts that it will likely be less than Netflix, which runs $8 to $14 a month, since its library will be smaller.

AT&T plans a three-tier offering from WarnerMedia, with a slate of new and library content centered around the existing HBO streaming app. No word on pricing yet.

Individual channels, such as Fox, ESPN, CBS and Showtime, are also getting into the act. Research group TDG predicts that every major TV network will launch a direct-to-consumer streaming service in the next five years.

Netflix and others have invested heavily in original movies and TV shows to keep their customers loyal. Netflix, for instance, said Wednesday that 45 million subscriber accounts worldwide watched the Sandra Bullock thriller “Bird Box” during its first seven days on the service, the biggest first-week success of any movie made for the company’s nearly 12-year-old streaming service.

That first-week audience means nearly a third of Netflix’s 137 million subscribers watched the movie from Dec. 21 through Dec. 27 — a holiday-season stretch when many people aren’t working and have more free time.

But Netflix, Hulu and others may soon have to do without programs and movies licensed from their soon-to-be rivals. In December, Netflix paid a reported $100 million to continue licensing “Friends” from WarnerMedia.

Why are media companies looking to get in? Data and dollars. Sure, they get money when they sell their programs to other services like Netflix. But starting their own service allows networks and studios access to valuable data about who is binging on their shows.

For services with ad-based options, that data translates into more dollars from advertisers. And services that rely only on subscription revenues, media companies can use the data to better tailor their offerings for individual tastes, helping to draw in more subscribers.

“I think all media companies are coming to grips with the reality that you better establish a relationship directly with your audiences,” said AT&T CEO Randall Stephenson at an analyst conference earlier this month.

The business model that some networks and content companies are currently using, distributing their TV shows and movies only by licensing them to streaming platforms, is getting “disrupted aggressively” as more companies launch their own services, said Stephenson, whose company acquired WarnerMedia in June.

“Big brands like Disney have to evaluate: Are we only going to access this market by licensing our content to Netflix, Hulu and others?” he said. “Or, can we go direct to the consumer with our own service?”

But a multiplicity of streaming services could easily overwhelm or confuse consumers. To get a full slate of programming, TV watchers may soon have to subscribe to several services instead of just one or two.

Consider just AT&T’s plan to launch a three-tiered service this year centered on HBO. An entry-level bundle will offer mostly movies; a second, slightly more expensive tier will include original programming and newer movies. A third and still more expensive offering would add more WarnerMedia entertainment such as “Friends.”

The cost of multiple streaming services could quickly approach the average cost of a cable bill — not counting the cost of internet service. That’s around $107 per month, according to Leichtman Research Group.

“It’s unlikely any of the services individually can charge more than $10 per month,” Forrester’s Nail said. “The great unknown is how many individual streaming services people are willing to sign up for.”

Companies are already trying to tame this chaos by bundling multiple streaming services together. Amazon Prime customers can add-on subscriptions to HBO, Showtime or Starz. Roku and Chromecast viewers can access their different services from a central place; Roku said Wednesday it will start selling in-app access to Showtime, Starz and other channels as well.

How should consumers deal with all the coming change?

“Be patient,” said Michael Greeson, president of research group TDG. “We’re in a time of dramatic change for the TV and video business. There’ll be great benefits, and question marks and consequences.” /cbb

Read Next
Potent, Emmy-worthy drama in ‘True Detective’s’ missing kids tale
EDITORS' PICK
WHO says fabric facemasks still work against virus variants
Is your company a growth champion? Stand up and be recognized!
UP president challenges AFP claim on Reds’ campus infiltration
Biden says Covid-19 expected to kill ‘well over 600,000’ in US
Acer Philippines welcomes you to its first flagship store
New Year, New Rediscoveries
MOST READ
Ate Vi’s message to those against ABS-CBN’s franchise renewal
Cop, 12 others killed in Maguindanao shootout
OVP spokesman tells Mocha Uson: Don’t drag us into your nonsense
UST students protest dismissal of Grade 12 student
Don't miss out on the latest news and information.