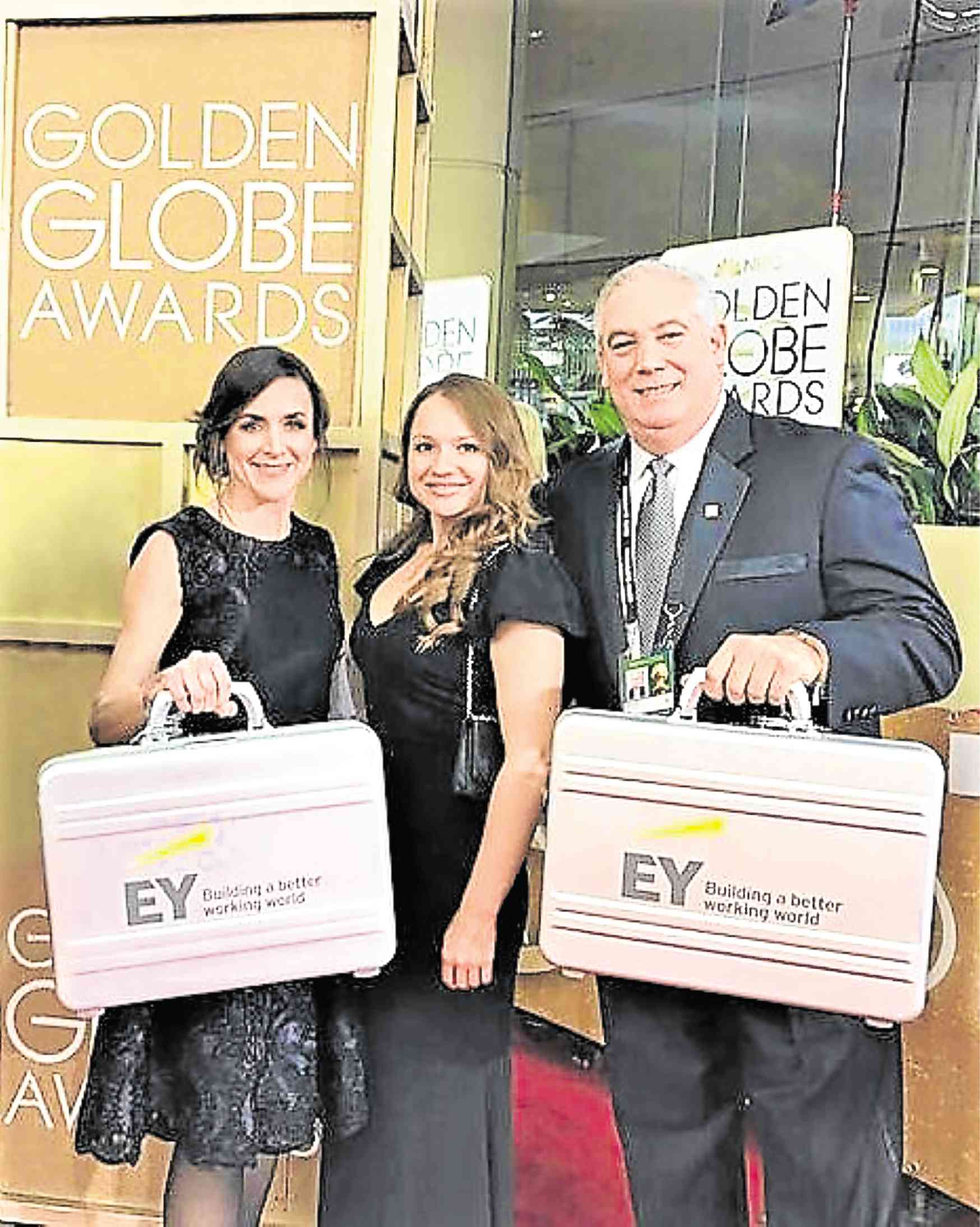 (Editor’s note: The following was written by the columnist for the commemorative book, “Hollywood Foreign Press Association: A History (75 Years of the Golden Globe Awards),” for which he served as the managing editor. The book was published in January 2018.)

LOS ANGELES—One year, the envelopes with Golden Globe winners were delivered in a laundry bag.

Though it’s still possible for winners to tie, the odds are much less likely than they were a decade ago.

And there are procedures in place to ensure that there will be no “wrong envelope” snafus at the Globes.

These were among the interesting details shared by Andy Sale, lead partner of Ernst & Young (EY) LLP, which is marking its 45th consecutive year overseeing the voting process for the Golden Globes.

Sale has been working on tabulating and safeguarding the ballots for 18 years now.

He and his EY colleagues are a familiar sight on the red carpet as they arrive with briefcases—one or more of which may be empty, all part of a security ruse—handcuffed to their wrists.

To avoid gaffes in the announcement of the winners, Sale said, “We carefully create the winners’ envelopes for each category and coordinate with the show’s producers to ensure that the envelopes are organized according to the show order. We number each envelope to correspond to the award numbering used by the producers, and validate the category name and award number each time we hand an envelope to the celebrity presenter.”

He stressed, “While we have multiple sets of envelopes as a security precaution, we only use one set of envelopes during the show to prevent the inadvertent use of a backup envelope. We also have a written list of the winners in each category that we reference backstage, as each name is announced in order to confirm that it is correct.

“We do not rely solely on our memory of who the winners are. We also have a well-established protocol with the show producers and the stage manager so that they know how we will correct an error if one were to occur.” 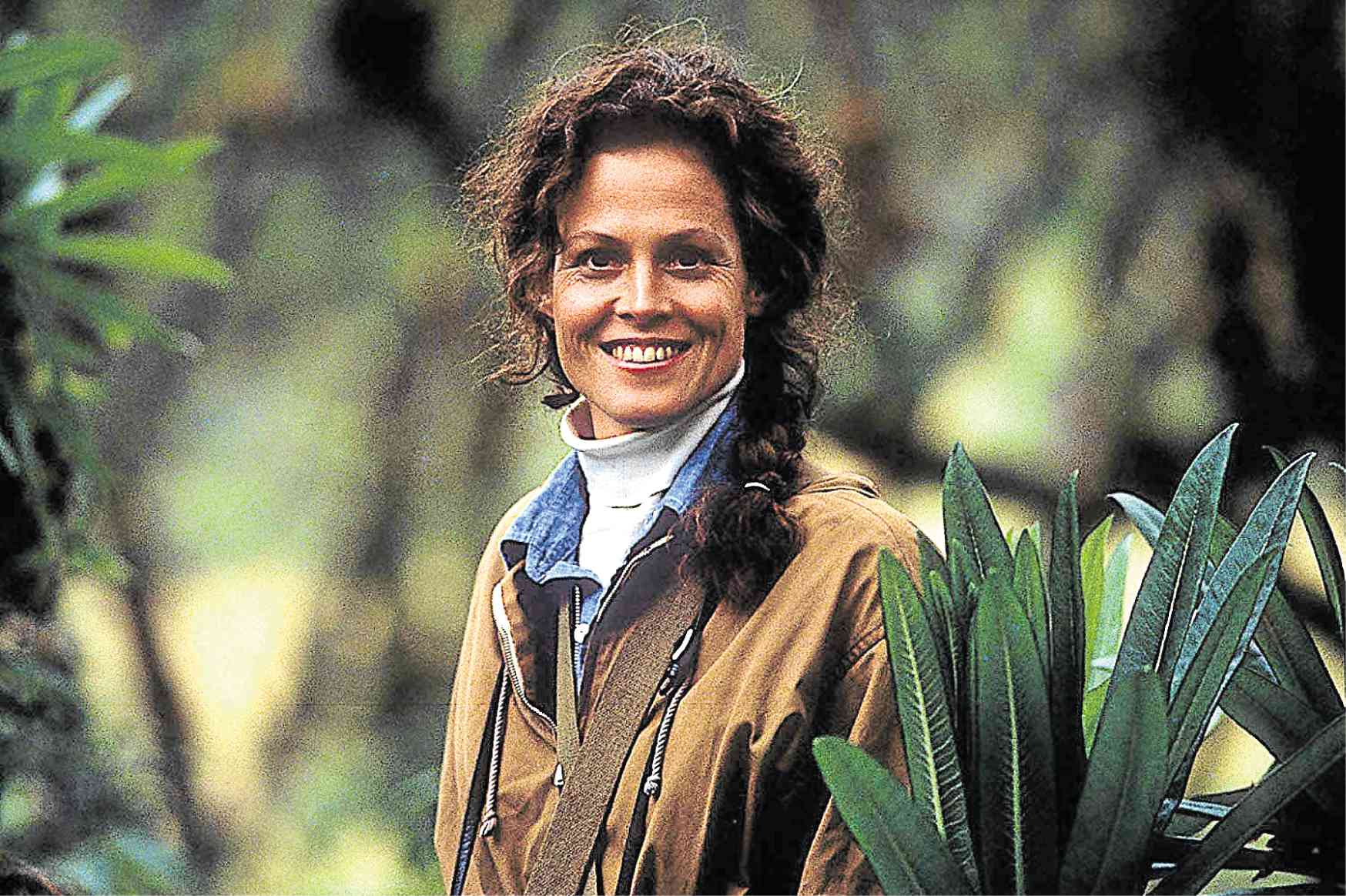 Sigourney Weaver in “Gorillas in the Mist”

“It provided a mechanism that allowed the members to rank their choices for nominations,” Sale explained. “In the event of a tie, these rankings could be utilized to discern if a majority of voters preferred one entrant over another for nomination. We typically see this tie-breaking mechanism in action in two to three cases each year.”

The HFPA balloting was first handled by Arthur Young & Company, which merged with Ernst & Whinney in 1989 to become the current Ernst & Young.

EY maintains its unblemished record of safeguarding the security and confidentiality of the Golden Globe Awards results by maintaining a degree of unpredictability in its procedures.

“For that reason, we change, from time to time, the manner in which the envelopes are delivered to the show,” Sale revealed. “It is entirely possible that one or more of the briefcases are empty. In fact, we have delivered results to the show in many ways over the years, including one year when the envelopes were delivered in a hotel laundry bag.”

Having worked for 32 years in the entertainment industry at EY, Sale claimed that he and his team are still taken by how pleasant and respectful the celebrities are.

“Because we hand the envelopes to each of the celebrity presenters, we often get time to greet and engage them in small conversation, if circumstances permit. I have many stories that I could share about these interactions, including celebrity banter (Tom Hanks and Tim Allen come to mind) and wardrobe problems (crooked ties, controlling an errant collar with electrical tape, etc.).” 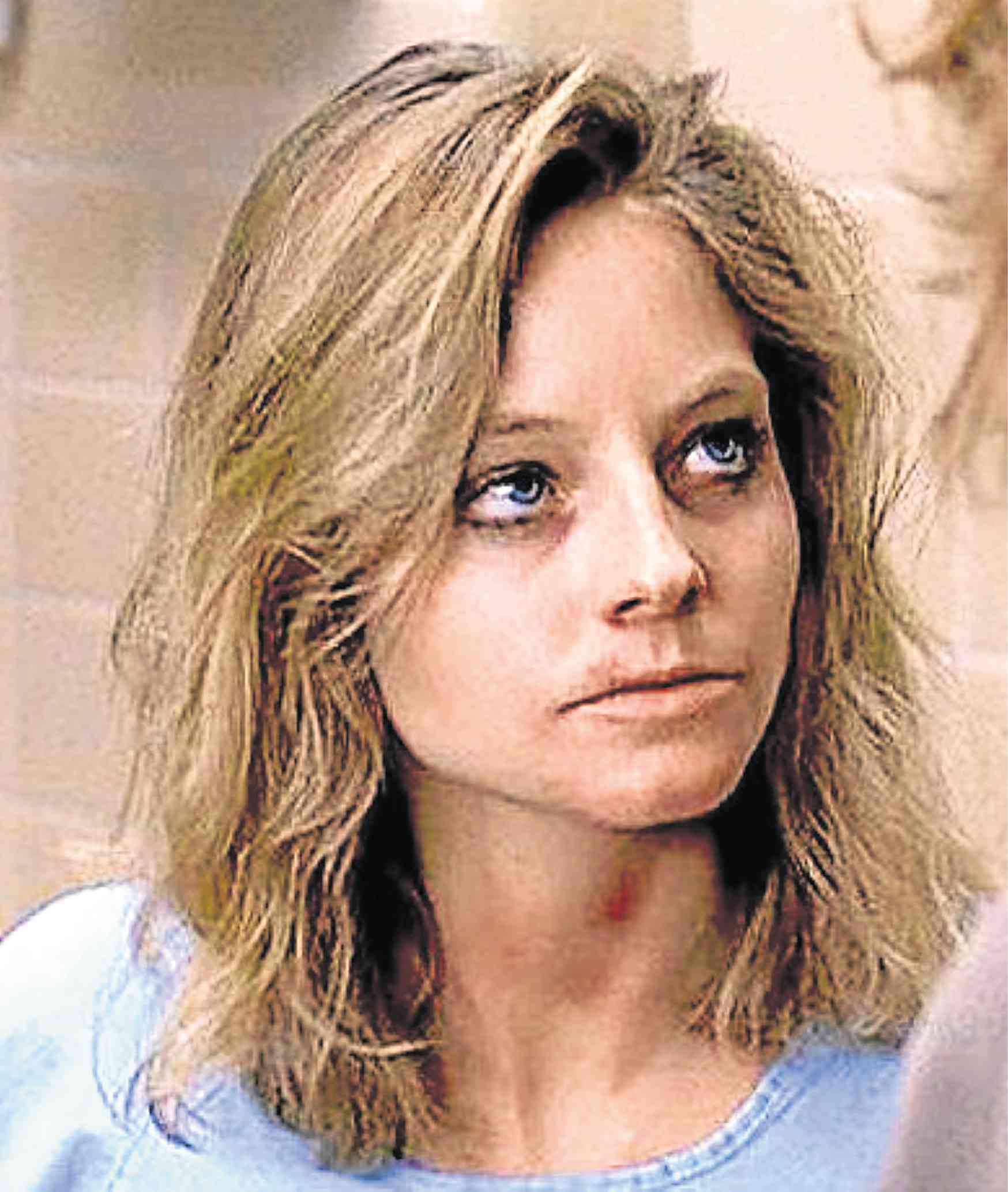 Jodie Foster in “The Accused”

Sale’s most remarkable encounter at the Globes was profoundly personal. He recalled, “The one that stands out is a chance meeting, many years ago, with a bodyguard for a major celebrity while we were backstage prior to the Globes telecast. He initiated a conversation with me because, as he said, I ‘looked familiar.’ As it turned out, he was the former partner of my father while they both worked for the Los Angeles Police Department when I was a young boy.

“He told me stories about my father that I had never heard. That encounter meant a lot to me. It was the most meaningful experience that I have ever had in serving the HFPA and the Golden Globes—and I am grateful for it.”

But despite the red carpet walk stop before the phalanx of photographers and being with the biggest stars backstage at the International Ballroom of the Beverly Hilton Hotel, “the show is a very serious work day for us,” according to Sale. “We don’t rest until the last winner is properly announced onstage.” 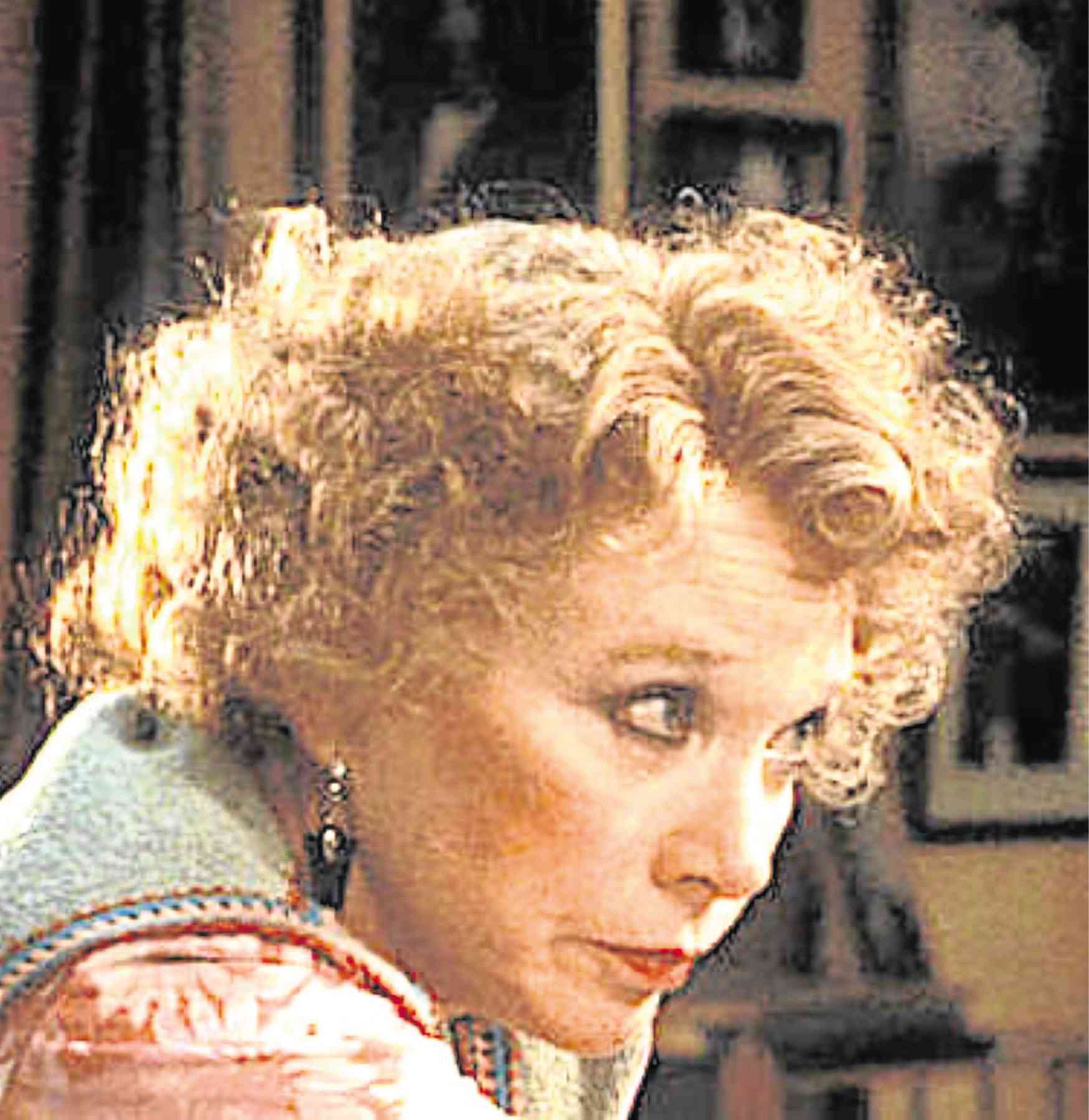