Lovi Poe flew to New York to celebrate the new year and she also did not disappoint with her fun fashion choices.

The Kapuso actress was ready for her adventure ahead, taking with her a load of luggage. “Time to take a breather… See you later, Manila,” Poe, who was even carrying her furry friend, wrote on her Instagram account last Sunday, Dec. 30.

Time to take a breather… See you later, Manila. ❤️

Poe literally turned out to be a pretty woman walking down the street, wearing a beige ensemble, a colorful scarf and a designer handbag. But it appeared that her most appealing accessory was her smile.

Poe took a snap of her view from Soho, describing the scene as a “concrete jungle” — a reference from the 2008 Jay-Z and Alicia Keys collaboration “Empire State of Mind”.

Poe next wore a plaid ensemble, with a brown coat, and visited the famous “Friends” apartment building. Showing she was a big fan of the show, she alluded to the Ugly Naked Guy character when she asked a question: “Does anybody know where ugly naked guys apartment is from where I’m standing?”

Does anybody know where ugly naked guys apartment is from where I’m standing? ❤️❤️❤️

She also took a night stroll, and took a picture of herself with the Brooklyn Bridge in view.

As long as the background isn’t blurry.😋😍

Like any other New York tourist, Poe lined up to watch the Broadway musical “Waitress”, as seen in her Instagram Story today, Jan. 3. 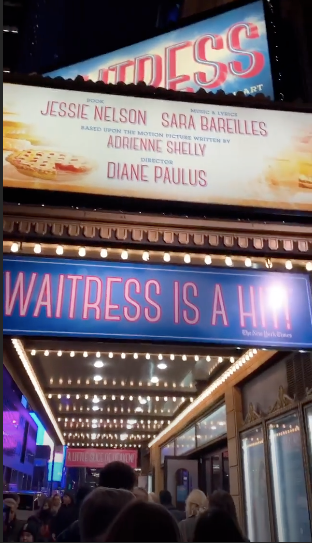 In New York, there’s nothing you can’t do, Lovi! JB

LOOK: Lovi Poe is a sun-kissed babe in scenic Siargao