MANILA, Philippine — The teaser for the film “Ulan,” which stars Carlo Aquino and Nadine Lustre and directed by Irene Villamor, intrigued netizens after it was released Wednesday afternoon.

The teaser starts off with the younger version of Lustre’s character having a conversation with her grandmother about a creature in Philippine folklore called the ”Tikbalang,” which has a human torso but the head and hooves of a horse.

“Lola, bakit po umuulan pa din kahit maaraw (Grandmother, why is it raining when the sun is up)?” the little girl asked.

“Kasi may mga tikbalang na ikinakasal, tutol ang langit sa klase ng pag-ibig nila (Because there’s a tikbalang wedding and heaven is opposed to the kind of love they have),” her grandmother answered.

Many fans were intrigued by the story and took to the comments section to express their excitement about the film. 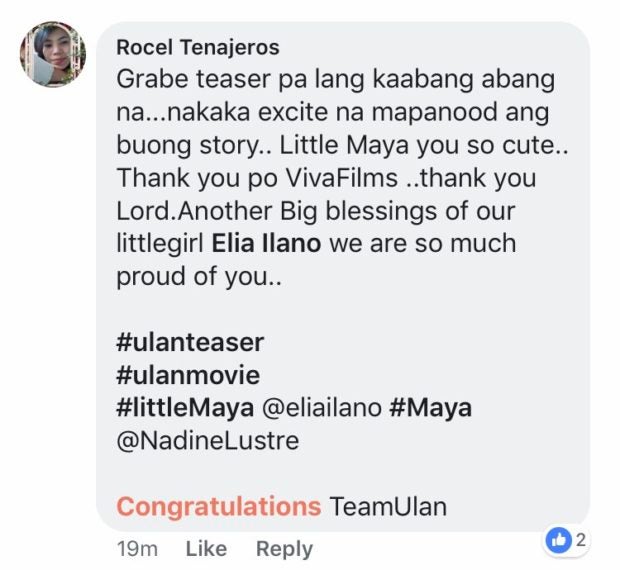