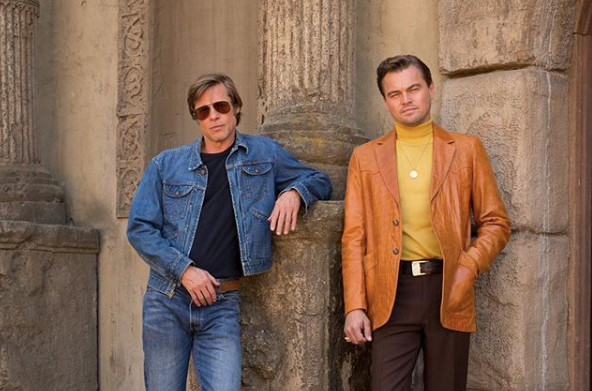 Taron Egerton as Elton John in “Rocketman”, Brad Pitt and Leonardo DiCaprio in “Once Upon A Time in Hollywood”, Renée Zellweger as “Judy”, and “Fair and Balanced” which tells one of the many tales of the #MeToo scandal: here are four biopics to watch in 2019.

Having risen to fame in the “Kingsman” films, Welsh actor Taron Egerton will take on the role of the renowned British singer-songwriter in this film directed by Dexter Fletcher. Egerton will don Sir Elton John’s extravagant costumes and sing several of his well-known songs. The film looks back on the life of the iconic musician, from his days as a prodigy in the Royal Academy of Music to his planetary success, and the darker story of his addiction to drugs and alcohol. Richard Madden (“Game of Thrones”, “Bodyguard”) will play the role of John Reid, the singer’s lover and manager. “Rocketman” will release in May 2019.

Once Upon A Time in Hollywood

“Kill Bill” Quentin Tarantino is once again in the spotlight with this retelling of a grisly story from the summer of 1969. “Once Upon A Time In Hollywood” documents the murders perpetrated by Charles Manson and the Manson Family. It also recounts the life and loves of Sharon Tate, the wife of director Roman Polanski, who was murdered in her home when she was pregnant. The film’s cast is led by two of Hollywood’s most renowned actors, Brad Pitt and Leonardo DiCaprio. “Once Upon A Time In Hollywood” will be released in the summer of 2019.

Renée Zellweger plays Judy Garland, the famous actress who became a Hollywood legend with her role as Dorothy in “The Wizard of Oz”. The biopic will focus on Garland’s final years, and a series of sold-out shows that she performed in London in 1968. Zellweger, who previously demonstrated her singing ability in “Chicago”, is joined by Finn Wittrock and Jessie Buckley. The film will be directed by Rupert Goold. A release date has not yet been announced, but is expected to be sometime in 2019.

In the wake of the #MeToo scandals, this film, directed by Jay Roach, looks back on the allegations made against Fox News CEO Roger Ailes by fellow journalists Gretchen Carlson and Megyn Kelly. The film will benefit from recent interest in the topic of sexual harassment and a star-studded cast which includes Nicole Kidman, Margot Robbie and Allison Janney. Ailes will be played by John Lithgow. The film is expected to release in 2019. JB

Remembering the greats: Notable personalities who passed away in 2018