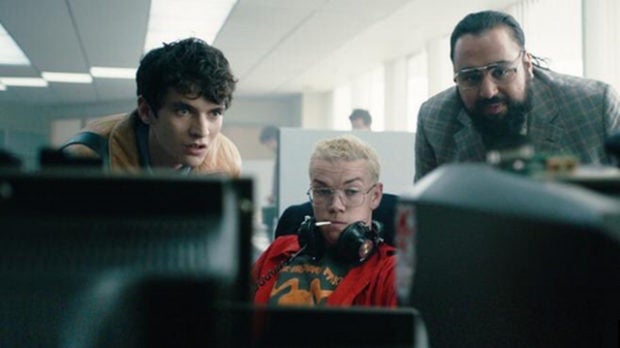 The latest 90-minute episode of the anthology series, entitled “Bandersnatch”, will be released by the streaming platform on Friday, December 28 — and it could be the first interactive “Black Mirror” creation.

Christmas may be over, but Netflix is giving its subscribers one more gift. The American streaming giant has just unveiled the trailer for “Bandersnatch”, the new episode of the hit series “Black Mirror” which will release on its platform on December 28.

A story set in the world of video games

Entitled “Bandersnatch”, the episode has its own dedicated Netflix page which describes it as “A Netflix film,” and indicates that it has a 90-minute runtime.

Set in 1984, the story centers on a young programmer who “begins to question reality as he adapts a sprawling fantasy novel into a video game and soon faces a mind-mangling challenge.” The name “Bandersnatch” refers to a ZX-Spectrum-era computer game that was never released, itself taking its name from a fictional creature in the Lewis Carroll novel “Through the Looking-Glass”, which was both ferocious and extraordinarily fast.

According to Esquire, “Bandersnatch” is not be linked to the fifth season of “Black Mirror” which is due for release on the platform in early 2019, but will be an interactive episode that allows viewers to change the course of the story. This information is confirmed by the page for the film on the Korea Media Rating Board, which indicates that five hours of footage will be available, which would allow for multiple possible plots.

The “Black Mirror” series has featured several stories set in the world of video games: the most recent being “USS Callister”, which tells the tale of a programmer who becomes obsessed with an online game that he has co-written.

The “Black Mirror: Bandersnatch” trailer may be viewed below. CC

What we thought when we watched ‘Black Mirror’ Season 4

Our Zepeto addiction could easily turn into a ‘Black Mirror’ episode