Lea’s ‘sweet homecoming’ to the ‘Island’ 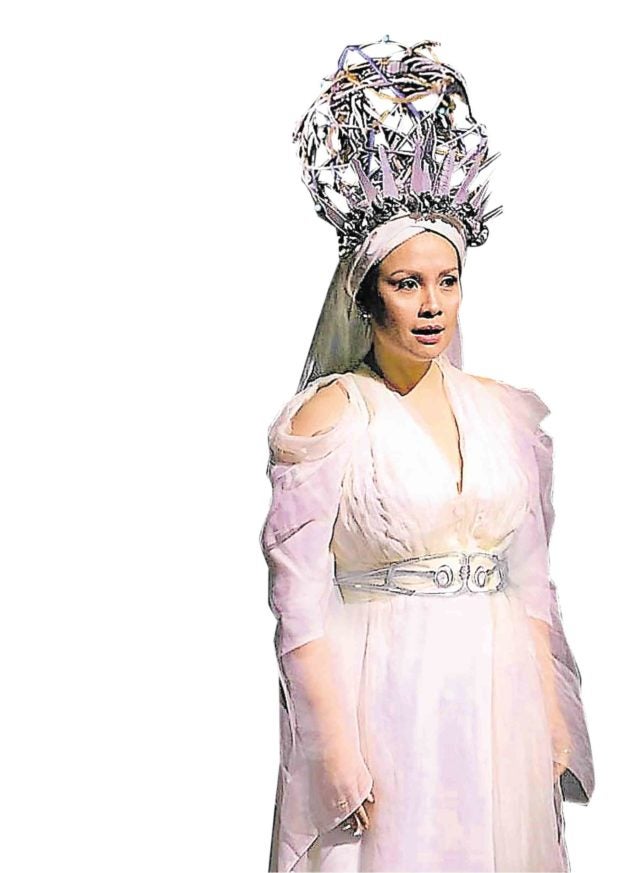 Lea Salonga as Erzulie, the Goddess of Love. FILE PHOTO

Lea Salonga has been reaching new career-highs this year, like the Grammy nomination that she recently got as one of “Once on This Island’s” eight principal vocalists cited for Best Musical Theater Album in the 61st edition of the annual Grammy Awards. Grammys will be handed out to the winners in 84 categories on Feb. 10.

“Once on This Island” is up against “The Band’s Visit,” “Carousel,” “My Fair Lady” and “Jesus Christ Superstar: Live in Concert.”

The ever-quotable Tony-winning actress, who’s also an Inquirer Entertainment columnist, has been winning acclaim for her triumphs here and abroad.

Aside from the Grammy nod, Lea was declared Aliw Awards’ Entertainer of the Year on Dec. 13.

When we heard about Lea’s return to “Once on This Island,” we asked the actress how she felt about her “homecoming” to the musical that won Best Revival at the Tony Awards in June—as she was busy packing for her flight to the Big Apple!

“Once’s” revival will conclude its run on Jan. 6, after 29 previews and 458 performances. Asked how she ended up returning to the show, Lea, who portrays Goddess of Love, Erzulie, disclosed that it was brought about by what seemed like an “emergency situation.”

“From what my manager (Josh Pultz) was telling me, it sounded like a major emergency situation,” she told us early this week. “The Erzulie in residence (Michelle Williams of Destiny’s Child) had been advised by her doctors to take a leave of absence for health reasons. One of the understudies (the sublime Cassondra James) had then taken over, but they needed a full-time Erzulie to close out the show. So, here I am, packing my stuff, getting ready to leave for New York to finish the run.”

For Lea, returning to the musical feels like revisiting family members and catching up with them.

“I have a feeling it’s going to feel like I never left,” Lea said. “I look forward to plenty of hugs and laughter, much like it was when I was still in the show. It’s only been six months since my last performance on Broadway. It’ll be really sweet to finish the run properly!”

TAGS: Grammys, Lea Salonga, Once on This Island