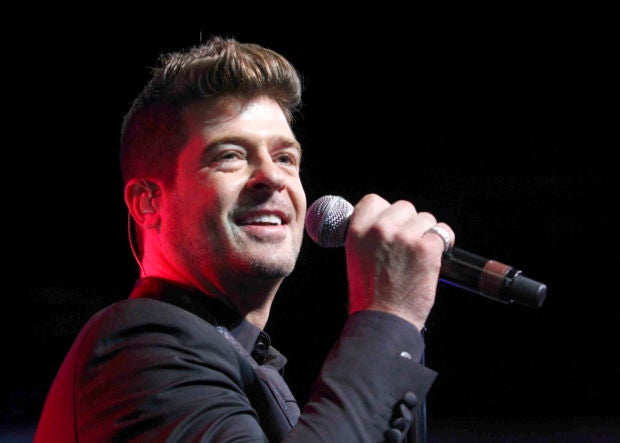 The 41-year-old “Blurred Lines” singer proposed to model April Love Geary with friends and family. She announced their engagement in an Instagram post on Monday. The video shows Thicke asking the 24-year-old Geary to marry him and her writing “YES YES 1000x YES.”

The post featured pictures of Thicke and Geary hugging and kissing in front of a Christmas tree. In the video, the Grammy-nominated singer hands her the ring as Geary asks “Are you serious?” before they embrace each other.

Geary is pregnant with their second child after giving birth to their daughter earlier this year.

Thicke was previously married to actress Paula Patton for nine years before they divorced in 2015. They have a son together. KM