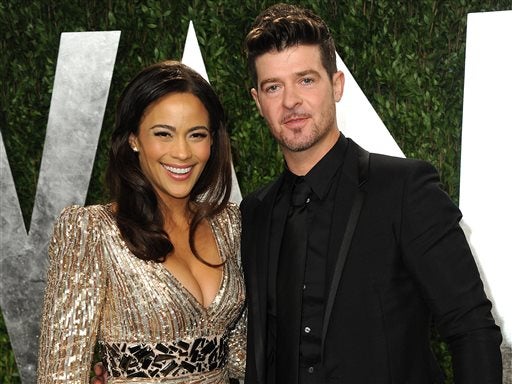 FILE – In this Feb. 24, 2013 file photo, Paula Patton and Robin Thicke arrive at the 2013 Vanity Fair Oscars Viewing and After Party at the Sunset Plaza Hotel in West Hollywood, Calif. Patton, the “Precious” and “2 Guns” actress was granted a divorce Tuesday, March 17, 2015, from the “Blurred Lines” and “Give It 2 U” singer in Los Angeles. It will go into effect beginning April 14, 2015. (Photo by Jordan Strauss/Invision/AP, File)

LOS ANGELES— Paula Patton and Robin Thicke are another step closer to divorce.

The actress from “Precious” and “2 Guns” was granted a divorce Tuesday from the “Blurred Lines” singer in Los Angeles. Their legal split will go into effect April 14.

The 39-year-old actress and 38-year-old singer announced they were separating last year after nine years of marriage. They have a 4-year-old son.

Patton was the inspiration behind much of Thicke’s music and appeared in some of his videos.