MANILA, Philippines — Kim Atienza made sure his godchild Scarlet Snow Belo would have an unforgettable gift for Christmas as he brought his pythons to the Belo residence.

Scarlet Snow gamely posed for the camera with a python around her neck in an Instagram photo posted by Atienza on Monday.

“It’s about time I visited my inaanak @scarletsnowbelo. Merry Christmas dear! You are growing up to be sooooo beautiful!” Atienza wrote. 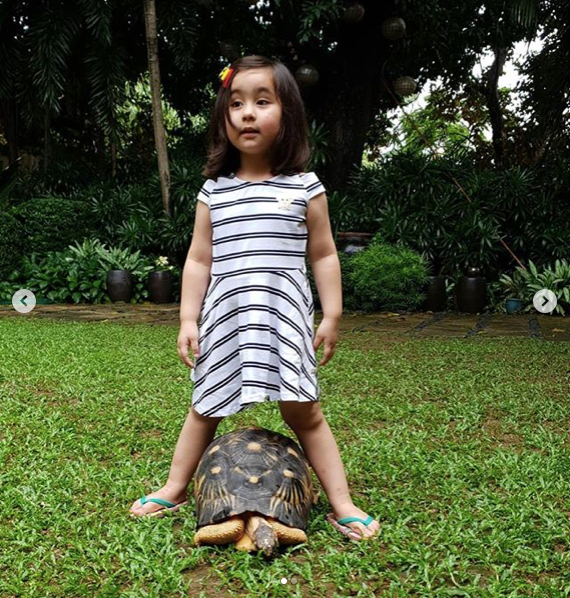 “@scarletsnowbelo is fearless. She immediately asked for the snake to be put around her neck. That’s why I did it na rin,” she wrote.

Scarlet’s parents then joined the fun and wore Atienza’s pet snakes around their necks for a photo.

One of the pythons, however, did the unexpected as it pooped while it was on Hayden Kho’s neck which Belo referred to as the “Revenge of the #python on @dochayden.”