An interracial wedding for Iza Calzado and Ben Wintle 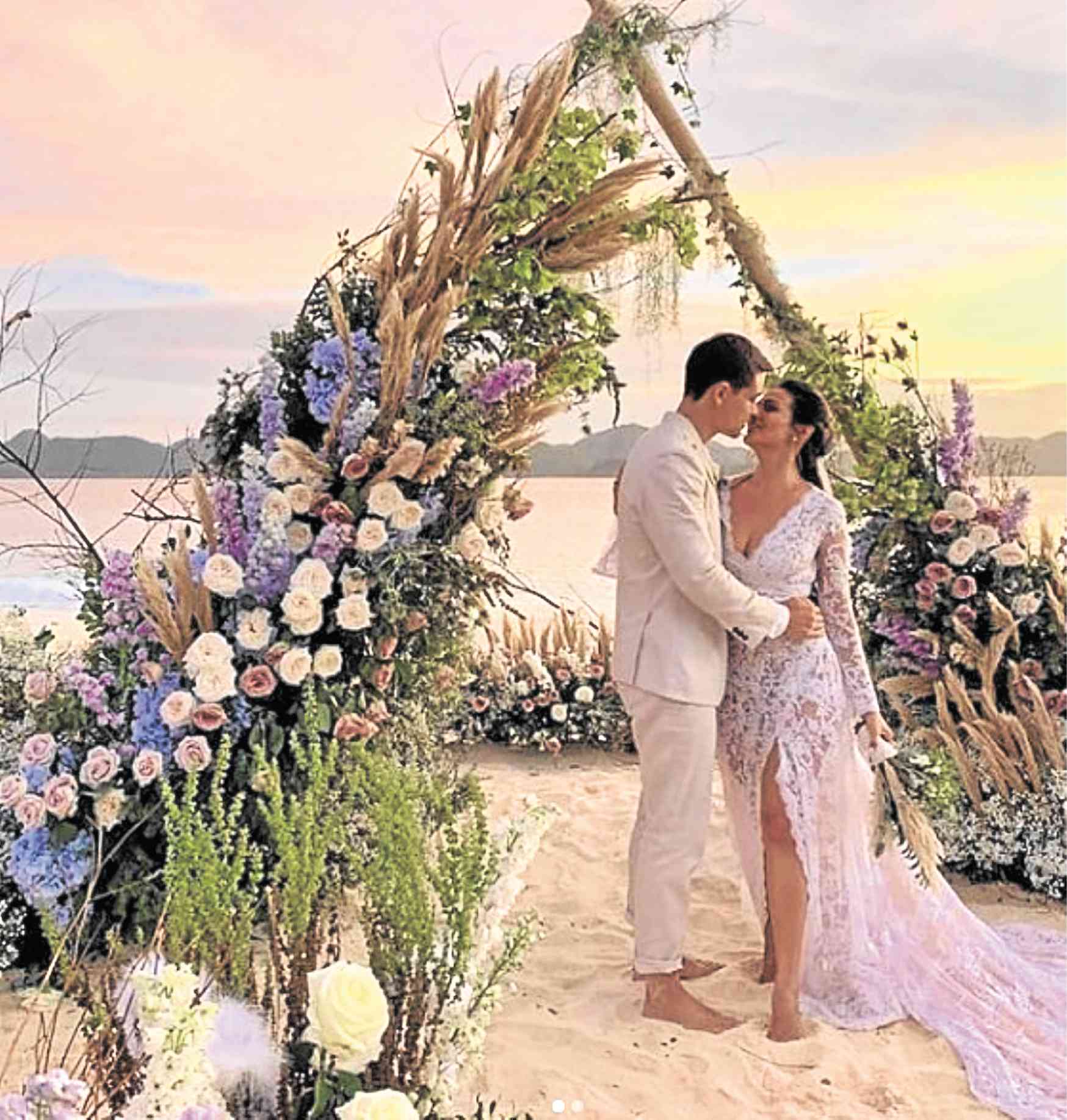 The newlyweds, Ben and Iza —PHOTO BY NOEL FERRER

The orphan has found a new family.

This was how actress Iza Calzado was welcomed into the family of her longtime boyfriend and now, husband, British-Filipino businessman Ben Wintle, following an intimate wedding ceremony on Wednesday afternoon at Club Paradise in Coron, Palawan.

“Even though she is an orphan, she has assimilated into Ben’s family quickly,” said Iza’s talent manager, Noel Ferrer. He then recalled a touching moment between Iza and Ben’s dad, Peter. “He thanked Iza profusely because, he said, she brought out the best in Ben.”

In his testimonial, Ben’s brother Ralph had referred to him as the “rebel Ben,” the “wayward Ben” and the “party-person Ben.” He is now called “the Booky Boss,” said Noel, referring to Booky, the food and lifestyle app that Ben founded in 2014.

Ben’s dad pointed out that like his son, he is married to a Filipina “and that their family has remained whole through the years. He assured Iza that she is safe with them because they’ve kept those values and have taught them to their own children, Ben included,” Noel said.

While this was happening, the actress kept crying, he observed. “She had cried since the beginning of the wedding ceremony,” which was officiated by Katrina Holigores.

The couple wrote their wedding vows on the day of the ceremony. At the end, what they had were “short, quick and tender” kisses, said Noel.

“They had another one, a long dip kiss, but this was for a pictorial by the beach after the recessional,” he added.

“What struck me most was the overflowing love for family,” Noel observed. “They say that you will know whether or not a person is truly kind and loving in how he treats his parents. Iza’s bouquet had a locket that had a photo of her mom, and another of hers with her dad.”

Iza skipped the ceremonial throwing of the bouquet and instead handed it to Ben’s sister Anicka, who is single, said Noel.

One of the highlights of the three-day event was the welcome dinner on Dec. 18, also at Club Paradise. “It was really a perfect venue to introduce Filipino culture to foreigners. What they had was an interracial and intercultural ceremony. People from the United Kingdom and Hong Kong (where the Wintles are currently based) were there,” he said.

The invitation indicated it to be a “kamayan dinner” and a “tropical fiesta.”

Local bands using the bandurria played throughout the night. There were performances, too, like sayaw sa bangko, pandanggo sa ilaw and tinikling, which Iza and Ben danced.

The guests, estimated at 150, all danced after dinner.

“People are saying that this was the most elegant and well-thought-out event ever. The couple wanted a dreamy beach wedding, and they achieved it,” said Noel, adding that the Wintles hired wedding planner Amanda Tirol (Boracay Weddings & Events) to help them. “The preparation was in the thick of Iza doing a teleserye (‘Ngayon at Kailanman’).”

The actress will resume work in January. The couple and their immediate family will stay in Coron until today, and will fly back to Manila to celebrate Christmas. They will then leave for Hong Kong to “attend to the legal requirements of their marriage” and then celebrate the New Year on Boracay island, Noel reported.

The Wintles will host a special dinner for their Manila-based friends in January.