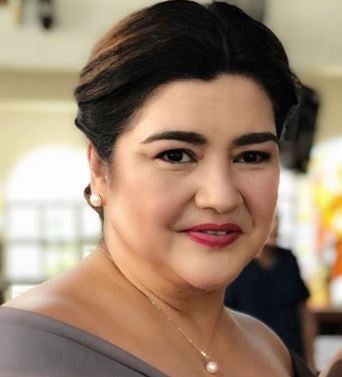 Actress Nadia Montenegro is not the kind who usually rants, but she was pushed to do so recently after an unpleasant experience at Terminal 1 of the Ninoy Aquino International Airport (Naia 1).

Montenegro took to Instagram on Dec. 20 to air her grievances about the old Manila airport, sharing  a screenshot of a Facebook status that read “Experiencing the worst airport… #Naia1.” She and her eight kids were at the airport then for their flight to Osaka, Japan.

Fellow actor Chuckie Dreyfus, who saw Montenegro’s post, got concerned and in a comment asked her what happened.

Montenegro narrated to Dreyfus the ordeal she and her kids went through. As per her story, they arrived at Naia 1 five hours before their flight because it would be easier for their big brood to be first in line.

They were already 60th in line when they got to counters 68-69, which compelled her to complain to Jetstar Airways for their wrong information. She also expressed her concern for the elderly and the passengers who had kids with them who had to go back and forth with no seats to rest on.

Dreyfus empathized with Montenegro, agreeing that the airports in the country have always been problematic, but that nothing seems to be done about them.

“Grabe. Matagal nang problemado ang mga airports natin. And yet they still don’t do anything about it still,” Dreyfus told her. “It really pisses me off also kapag ganyan ang mga officials. Kupal ang mga ganyan.”

Dreyfus also advised her to call the airport officials out when they get back from their trip. “They need to be constantly exposed para mapahiya. Mga g*go yan.”